The sportswear giant’s decision to feature polarising American football quarterback Colin Kaepernick in its advertising, inciting threats of a boycott and antagonising US president Trump, may be one of its smartest marketing moves yet.

Any doubts about whether Nike would distance itself from a controversial ad featuring polarising American football quarterback Colin Kaepernick after threats of a boycott and criticism from US president Donald Trump evaporated when the company decided to run a 90-second television spot narrated by Kaepernick during the NFL’s first game of the season on Thursday night. “Believe in something, even if it means sacrificing everything,” Kaepernick says in the spot over images of the American flag projected on a building.

In 2016, Kaepernick, who is half-black, began kneeling during the national anthem, which is played before sporting events across America, to protest police brutality against African Americans, as well as wider racism and social injustice suffered by the group. Other players followed his lead, kneeling, linking arms or raising fists during “The Star-Spangled Banner” much to the chagrin of Trump, who turned the protests into a racially charged national scrap when he suggested the players should be fired for what he claimed to be disrespecting the country and its military.

Nike is no stranger to edgy brand advertising and has previously addressed the fraught debate on racism in America. Last year, to commemorate Black History Month, the sportswear giant released a campaign titled “Equality” featuring star African-American athletes such as LeBron James and Serena Williams. In another Nike ad, Tiger Woods cited country clubs that denied him entry because of his skin colour.

But the latest campaign, a direct challenge to Trumpism, might be Nike’s most controversial move yet. Incensed by the Kaepernick ad, supporters of Trump, most of them white American nationalists, have posted videos of themselves burning Nike sneakers and called for a boycott of the company’s products.

Is the Kaepernick ad good for business?

Large corporations have typically avoided taking positions on divisive political issues for fear of angering customers on the other side of the debate. And Nike’s strategy certainly risks alienating those who believe, like Trump, that the national anthem protests that Kaepernick spearheaded are unpatriotic. On Tuesday, the company’s shares fell 3.2 percent, wiping $4 billion off Nike’s market cap in a matter of hours as investors weighed the move, though the stock price has since regained some ground.

Meanwhile, Trump himself tweeted on Wednesday: “Just like the NFL, whose ratings have gone WAY DOWN, Nike is getting absolutely killed with anger and boycotts. I wonder if they had any idea that it would be this way?”

But Nike didn’t wade into the middle of America’s culture wars by accident. The move was no doubt the product of careful calculus, which speaks volumes about the evolution of consumer culture, the rise of a new generation and the death of corporate neutrality.

The fact is one of the “two Americas” on either side of the issue has significantly more spending power than the other. Plus, the Kaepernick campaign is sure to resonate with Nike's core customers, who are under 35 years old, racially diverse and believe that the brands they buy should reflect their views and take a stand on important socio-political issues.

According to a recent study by The Economist, 79 percent of millennials prefer to purchase products from a company that operates with a social purpose. What’s more, a recent survey by Morning Consult showed specifically that consumers who are young and urban were much more likely to support a company backing the rights of protesters like Kaepernick to kneel during America’s national anthem.

In a sense, Nike has trialled its approach with Lebron James, who has become increasingly political over the last couple of years, taking a vocal stance against racial injustice and Trump.

Of course, Nike’s mission is deeply rooted in the universalism of sport. Co-founder Bill Bowerman famously said: “If you have a body, you are an athlete.” And the Kaepernick ad has generated significant attention for the brand in a way that is consistent with its core message.

In the 24 hours after Kaepernick first revealed the ad on social media, Nike earned over $43 million in media exposure, according to Apex Marketing Group. As of Thursday morning that number had quadrupled to more than $163 million. Apex said roughly 40 percent of the publicity was positive, 30 percent negative and 30 percent neutral.

What's more, Nike is unlikely to be phased by calls for a boycott, which are already showing signs of waning, or the dip in its stock price. Investors will surely stick with the company, whose shares have risen more than 50 percent in the past year and 134 percent over the past five years.

The growing importance of corporate culture is also likely to be part of Nike’s calculus. In a volatile and fast-changing world, where it’s difficult to set multi-year plans with certainty, culture trumps strategy and attracting talent is more important than ever. Taking a stance on socio-political issues can be a powerful way to foster a strong company culture and burnish an employer brand.

Nike currently needs this more than ever. The company is grappling with widespread allegations of harassment and discrimination against female employees, some of whom have described the company’s culture as toxic. And while it is only part of the puzzle, the Kaepernick campaign will surely help signal Nike’s commitment to a progressive internal culture.

But Nike’s thinking may go deeper than this. The present socio-political upheaval in America, which Kaepernick’s protests reflect, could prove to be a pivotal moment in the history of the country as a new generation with more liberal values defines and asserts itself. By taking a stand on this issue, Nike is not only earning attention, but imprinting itself on the psyche of this generation at a time that could be as formative as the tumult of 1968 was for Baby Boomers.

In short, Nike is buying a piece of history that may well be remembered 10, 20, 30 years from now. That’s the kind of marketing that’s truly priceless. But whether the strategy is repeatable for a company without the cultural and financial muscle of Nike is debatable. 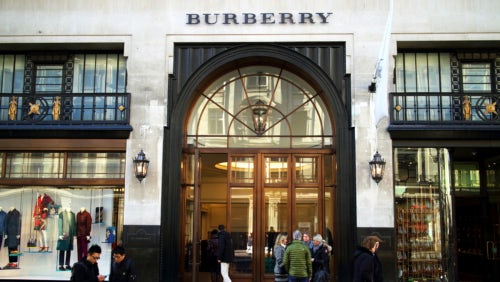 Allbirds doubles down in New York as it eyes international expansion. The footwear company has opened a 4,800-square-foot flagship store at New York's 73 Spring Street, replacing its temporary outpost on Prince Street. The opening of the space, designed by branding firm Partners & Spade, follows a trend among direct-to-consumer brands that are expanding from the internet to physical spaces, starting with pop-ups and eventually inking long-term leases.

Chanel Ltd. closes its New York headquarters. While Chanel's US operations will remain open, New York will no longer be a global hub as the company centralises its global operations in London. Richard Collasse, current president of Chanel's Japanese subsidiary, will also be moving to Europe to work closely with the Wertheimer family — in particular, Alain Wertheimer, Chanel's chief executive. And Chanel's president of fashion, Bruno Pavlovsky, will assume a greater role in the company as president of Chanel SAS.

Inditex to sell all brands online globally by 2020. The retailer wants to make clothes available online anywhere in the world within two years, amid growing investor concern about stronger competition from rivals. E-commerce is the source of 10 percent of Inditex’s sales, having grown more than 40 percent last year, analysts say. The goal implies doubling its global footprint, as the group now has stores in 96 countries and e-commerce in about half of those. 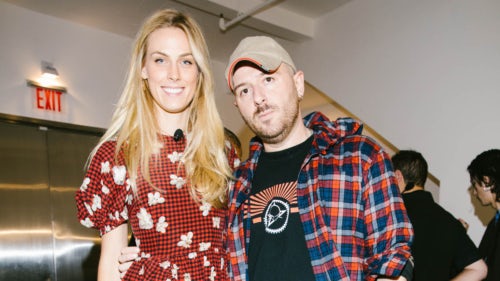 Selby Drummond with Demna Gvasalia at Vogue 'Foces of Fashion

Vogue’s Selby Drummond is heading to Snapchat. The longtime American Vogue editor and its current accessories and special projects director is leaving to join Snap, the parent company of Snapchat, where she will head fashion and beauty partnerships in a newly created role, starting in mid-October. In recent years, social media platforms have poached fashion insiders to liaise with the industry on their behalf. Eva Chen joined Instagram in 2015 as head of fashion partnerships. In June 2018, YouTube hired writer and CNN Style host Derek Blasberg to lead a newly formed fashion and beauty content partnerships division.

Nike decides a Colin Kaepernick deal is worth the backlash. Colin Kaepernick, the former San Francisco 49ers quarterback who sparked controversy for kneeling during the national anthem, is starring in Nike’s iconic “Just Do It” ad campaign. Following the announcement, hashtags #BoycottNike and #JustBurnIt started trending on Twitter. Some angry consumers posted photos and videos of themselves burning their Nike shoes. Still, the former 49er is one of the most popular football players in the US.

Anine Bing raises $15 million in funding. Investors are putting faith in the Danish model-turned-designer's vision. Los Angeles-based Bing, known for her ability to build genuine communities around her brand, has closed $15 million in a Series A financing round led by Index Ventures, Greycroft Partners and Felix Capital. The funds will be used to grow the company's retail presence: there are plans to open stores in London and Sydney by the end of 2019.

Instagram said to be building a standalone app for shopping. Parent company Facebook is planning a major new move into e-commerce, according to two people familiar with the matter. The app — which may be called IG Shopping — will let users browse collections of goods from merchants that they follow and purchase them directly within the app, sources say. Instagram declined to comment.

Launchmetrics raises $50 million, aims to quadruple business. The technology and data analytics provider plans to expand into Asia and the Middle East and grow revenue from $25 to $100 million in four years. With 1,100 clients from the fashion, luxury and cosmetics industries, the company will seek to further support existing relationships through a capital-heavy team expansion of 150 total hires.

Dazed makes a play for beauty. The London-based youth media brand is launching a new platform: Dazed Beauty. The Instagram account goes live on September 6, followed by a website on September 26. There will also be a print supplement. Rivals like Vice Media-backed i-D, which is ramping up its beauty hires, are also targeting the opportunity. The move is a play for the big budgets of major beauty advertisers, which are trying to modernise their marketing formulas in a bid to appeal to millennials.

Elle magazine launches Weekender event For readers. The ticketed event will take place between November 30 and December 2, and is expected to attract 5,000 visitors over the three-day period. The initiative builds on the success of smaller scale events the magazine has been hosting, and is part of a wider push on events from parent publisher Hearst UK, which doubled its events team last year with the view to hosting over 100 events by the end of 2018 across its titles.