After abandoning a planned merger with Great Bowery, the talent management business is opening a consulting division that groups different types of creatives together to work on projects for brands.

After abandoning a planned merger with Great Bowery, the talent management business is opening a consulting division that groups different types of creatives together to work on projects for brands.

The new division, called MA+Creative, will play matchmaker of sorts, grouping together e-commerce designers, multimedia designers, event producers and other types of creatives to execute projects for brands.

The division aims to fill a growing need for content, not only from fashion and beauty brands but also in the hospitality and spirits industries. The market for content creation is getting competitive: most media companies today have started their own in-house creative agencies, and public relations firms offer a growing range of consulting services. Plus, more brands are expanding their in-house creative content teams.

MA+Creative was in the works for over a year, starting before the agency began talks to merge with Great Bowery in April, said Massimiliano Di Battista, chief executive and co-founder of the agency, now part of M+A Group. The merger would have greatly expanded the company's talent roster, potentially bringing better leverage to negotiate deals and package creatives together for brands. Great Bowery founder Matthew Moneypenny, who exited the company in May 2017, originally conceived the company as a Hollywood style super-agency that would diversify its talent’s skills and build their personal brands in an era when fashion’s behind-the-scenes creators are increasingly front facing.

The merger fell through at the end of the summer, however.

Di Battista declined to comment on the specifics of the Great Bowery deal’s breakdown, but said he is still open to partnerships should the right opportunity arise. “We need to have a smaller, more agile structure to be able to integrate these new services,” he said, speaking about his general strategy. The M+A Group now also includes production and talent incubation divisions established in the last two years. 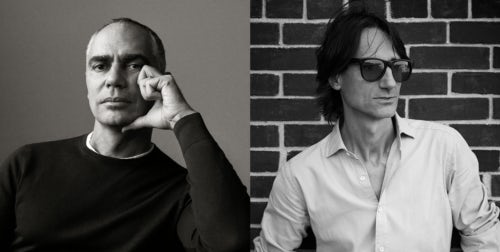 Originally from Milan, Di Battista started the agency, until recently known as MAO Management Artists, in 1999 with his brother, the photographer Michelangelo Di Battista. They own and operate the business out of New York and London, with offices in Paris and Milan.

Massimiliano Di Battista said he started to think differently about the market changes affecting the talent representation business after a project with Gucci during the transition between creative directors Frida Giannini and Alessandro Michele in 2014 and 2015 when the agency represented art director Christopher Simmonds (who has since left the agency).

Di Battista realised it was becoming more important for fashion’s creatives to deliver out-of-the-box ideas, understand the role of technology and think across all channels of communication.

He also heard complaints from brand clients that the work they commission from digital creative studios and print art directors often feels disjointed, so he is expanding the kinds of services the agency can offer clients. In 2017, the Di Battista brothers formed a joint venture with the Brooklyn-based production company Picture Farm Productions to create 360 PM, an image, video and events production arm.

Di Battista said MA+Creative’s distinguishing factor will be an understanding of personalities who can work well together. And the new division can take on other agencies as clients to execute fashion projects.

“Our market is such a niche in the way clients and brands talk — you need to understand it,” he said. “Sometimes you hire someone just for the name and you start working and you realise it’s not the right connection.”

“Everyone we represent can potentially collaborate together; we can be the conduits of creativity to brands,” said Di Battista. “A lot of those talents are multidisciplinary. When you go through the roster, you couldn’t necessarily define categories. They don’t have big studios; they are very agile.”

Similarly, Michelangelo Di Battista said photography has become more democratic because a new generation has a public platform on social media. "We are starting to see photographers with 60,000, 100,000 followers that no one knows,” he said. “They need someone to guide them in a commercial world.”

To that end, the agency group established a talent incubator division called Art+Yard in September specifically for developing young talent.

It connects back to the agency’s early days when the brothers broke into the talent representation business by developing young stylists and photographers.

“There’s a lot of talent — it’s about picking the right ones,” said Massimiliano Di Battista.

Editor's Note: This article was revised on 1 November 2018. An earlier version of this article misstated that M+A Group has an office in Berlin. The company has offices in New York, London, Paris and Milan.