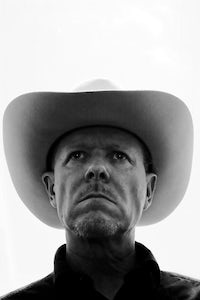 PARIS, France — “The beautiful thing about music, unlike most other arts, it that it’s very communal. It’s something that comes to you instead of you needing to search for it,” says Beijing-born designer Yang Li. “Everyone is moved by music in some way. My job as a fashion designer is to create a world, and that shouldn’t exist without sound or music,” he adds.

For Li’s Spring/Summer 2018 runway show that will be held at Palais de Tokyo during Paris Fashion Week on September 27, the designer has partnered with Michael Gira — the American singer and frontman of experimental rock band Swans — on a live performance. “Through intimate conversational collaboration, my aim is to strengthen the relationship between my musical obsessions and the Yang Li fashion world,” says Li.

While Li will not share further details of his collaboration with Gira, he insists guests should not expect the usual fashion show-music performance hybrid. “A show is only 10 to 20 minutes, [so] for the upcoming show we’ve been working on a very particular way of performing,” he says cryptically. "[Michael] isn’t going to perform in the usual way. It’s going to change the perception of the audience on what a performance is."

The designer, who launched his first collection in 2012 following work experience at Raf Simons and Gareth Pugh, takes his creative lead from skate and basketball culture, as well as the spontaneous nature of music.

“Championing the non-commercial and underground is my nod to creative freedom. Sound is a visual matter… this is what the direction of Yang Li is,” says the designer, whose past musical collaborators include Jehnny Beth of Savages in 2016 and Genesis P-Orridge with whom he held two concerts in New York and London following his Spring/Summer 2015 show.

Earlier this month, Li participated in Selfridges’ “Music Matters” initiative with a merchandise-inspired capsule collection "Samizdat", another union of fashion and music. Li has also recently unveiled a new website that includes a feed of the songs playing at the Yang Li studio at any given moment. “We have such a depth and range in our industry like the music industry has as well, so why not connect the two,” he says.