Marc Ascoli has produced some of fashion’s most iconic and remarkable images for the likes of Yohji Yamamoto and Jil Sander. BoF sat down with the legendary art director to discuss his personal and professional journey.

PARIS, France — "For an artistic director, it’s all a team effort. We’re all co-pilots in making the plane take off, fly and land without hurting anyone,” says art director Marc Ascoli, who discovered (and has forged longstanding relationships with) some of fashion’s top photographers, including Max Vadukul, Craig McDean and Nick Knight. Stylist Camille Bidault Waddington, PR Lucien Pagès, sound designer Frederic Sanchez and design duo Michael Amzalag and Mathias Augustyniak of M/M also owe him their first jobs.

But it’s impossible to talk about Marc Ascoli without talking about his wife, the French designer Martine Sitbon, with whom the art director has been living and working for more than 30 years. They first met in the early 1980s, when Sitbon was looking for a PR. “When we met, there was something, a very good feeling. We didn’t want to work together yet but just go out and have dinner — then she offered me the job,” he recalls. Ascoli accepted. “At the time, I wasn’t really sure I was going to work in fashion; I thought I would work in photography,” he confesses. But the decision to take up the public relations job set the stage for his future work with the legendary Yohji Yamamoto.

Indeed, a few years later, a number of hugely influential Japanese designers, including Yamamoto and Rei Kawakubo, started to show in Paris. “The Japanese were successful because they didn’t come with just clothes to be put on hangers, they brought a new point of view on clothes, of course, but also on the way they were merchandised, the way the showrooms were made, the philosophy was just different,” he enthuses. When Ascoli heard Yamamoto was looking for a PR, he was ecstatic and, with the experience he had acquired, immediately applied for an interview, during which “I told him that he had an amazing product, but in the way that he was telling the story — the make-up, the casting, the hairstyling — it needed a little something to make it change, to take his work to a whole new level,” he recalls. Twenty minutes into the conversation, Yamamoto asked Ascoli if he wanted to come to Japan.

At the time, the country was booming. “They had money, they opened stores right away, they hired the best architects, the working conditions were ideal,” he remembers. And as Yamamoto began to trust Ascoli more and more, he gave the Frenchman carte blanche to work on the house’s catalogues — what would later be called lookbooks — for which he hired then unknown, 23-year-old photographer Max Vadukul, the first of many raw talents discovered by Ascoli.

Two years later, he hired an unknown photographer named Nick Knight. “People tell me, ‘you must be so grateful to have met Nick Knight, what a lucky encounter.’ No, they’re wrong, I didn’t find him, I looked for him,” exclaims Ascoli. “I was looking for someone who had character, a sense of modernity and who knew [sic] technique. I also wanted a little British attitude; I wanted someone able to magnify the quality of Yohji’s clothes and the personalities of the girls I was going to shoot. When Nick walked into the room, I knew he had it all.” 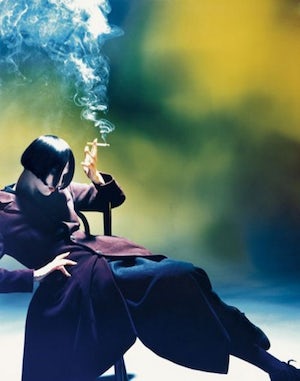 In a period of the 1980s dominated by glamourous, Amazon-like models, materialism and logo-mania, Yamamoto, Ascoli and Knight advocated a new vision: intellectual, sensitive, showing almost no skin. The creative process was relatively free-flowing. “The first step is preparation — it’s important to give yourself the time to think, to study all possibilities. Nick was always available and I feel like that’s what contributed to the success of our work…. It’s all the same today,” he says, flicking through a recent issue of Vogue. “But I believe what we did was unique. It was the encounter of two authors, Yohji and Nick…. And with Yohji, it’s not the end of the world if you fail, so I started without pressure and with a little bit of nonchalance, and I think it helped a lot. What was amazing at this moment was the energy of the simplicity. There was no protocols, no politics.”

Four years into his work with Yamamoto, his wife’s career bloomed and, in 1987, when she took the creative reins at Chloé, after the departure of Karl Lagerfeld, Ascoli followed her there, where he oversaw the brand’s image. But just a few years later, Sitbon and Ascoli left the house, which rehired Lagerfeld.

In the mid-1990s, Ascoli discovered two other major photographers. The first was Craig McDean, who he hired to shoot for Jil Sander, where Ascoli was in charge of advertising for 12 years. “I witnessed the growth of the industry with her growth,” recalls Ascoli. 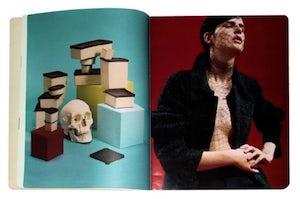 The second was David Sims, whom Ascoli first hired when he went back to work with Yamamoto in 1995, after an absence of a few years. “David was so different, incomparable to Nick. He was all about rupture, he had this will of breaking up the system, but he wasn’t doing this to be original, he had a real vision.”

Ascoli’s career took a major turn in the early 2000s when he began working with heavyweights brands like Cerutti, Versace, Calvin Klein, Ungaro, Iceberg, Hugo Boss — with whom he worked for eight years, doing 16 campaigns and consulting on the fragrances launching strategies. “In the 2000’s I got excited with the industry, my job was starting to become trendy, so I accepted tons of offers. It was an exciting period, being always on a plane, working a lot, meeting amazing people, people who leave a mark on you, but it was exhausting,” he says.

But eventually, he slowed down to focus on his wife’s new brand, Rue Du Mail, where he advises on the brand image, as well as the collections. “I had a mission, Martine had just closed her store and I told myself, this is someone precious, if I don’t help her, who will? I’m very proud of the Rue du Mail project, I’m proud of what we’re doing, to maintain a line like this one in such troubled times. She’s been designing independently since 1987 — how many other designers can say that?”

But Rue du Mail isn’t Ascoli’s only job. The art director has just finished a book on Chloé’s 60th anniversary, in collaboration with Sarah Mower, due to be released in September, and is about to start work on another book, for Rizzoli, on Marianne Faithfull. The last time we talk on the phone, he is at the airport, about to leave for Asia. “I have several projects going on, it’s going to be very exciting and very surprising!” he says, declining to reveal more.

If there is one thing Marc Ascoli isn’t lacking, it’s energy — and optimism. “If we think that today’s fashion is lost with consumerism or entertainment, we get stuck in nonsense. It’s the optimistic who bring newness,” he says. “I want people to understand that if we did something remarkable, it means it can be done again. I am convinced amazing things can still be made. Uniqueness is very subtle, it’s not always obvious. But I’m rubbing shoulders with the new generation daily and there is a lot of talent and excitement on their side.”

So, what advice does Ascoli have for this new generation?

“Be open and experience as many things as you can.”