Gucci Westman, one of the world’s top makeup artists, shares her lessons from starting out, the challenges of freelance and why beauty requires the same skills as a psychologist.

Gucci Westman, one of the world’s top makeup artists, shares her lessons from starting out, the challenges of freelance and why beauty requires the same skills as a psychologist.

NEW YORK, United States — While toying between career aspirations as a translator or professional horse rider, Gucci Westman became au pair to fashion journalist Anouk Ortlieb, who would take her to shows and share with her the boxes of makeup she was sent.

Drawn in by the “intriguing and romantic” world of fashion shows, Westman enrolled at Parisian makeup school Neo Christian Chauveau. After five months there she moved to study special effects makeup in Los Angeles, after which she spent a few years assisting makeup artists on the West Coast. Meeting influential figures including filmmakers Spike Jonze and David Lynch during that time helped her launch onto the freelance makeup artist scene. 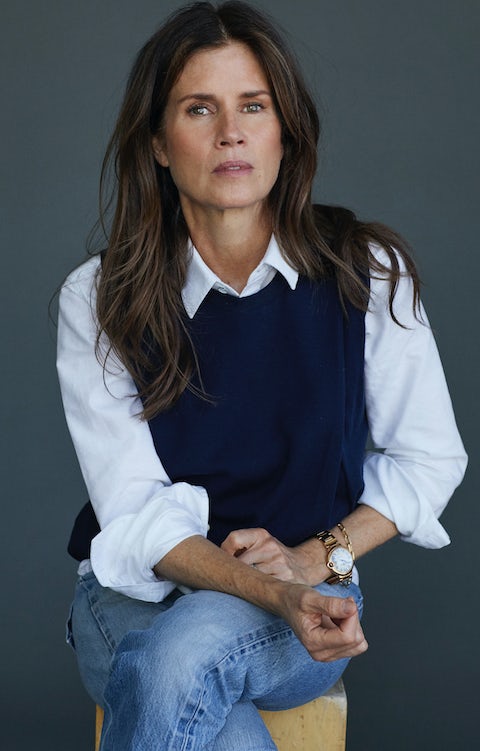 In 2003, Lancôme appointed Westman as their international artistic director responsible for styling models for advertising shoots and designing cosmetic colour collections for the label. From 2008, she spent seven years as Revlon’s global artistic director. Then, in the spring of 2018, Westman launched her own cosmetics line Westman Atelier, stocked at Net-a-Porter, Goop and Bergdorf Goodman. Now, she shares her career advice.

What attracted you to working in beauty?

My mum didn't let me wear makeup which really compelled me to then wear as much as I possibly could. As soon as I went to school, I was doing all my friends’ makeup on the bus.

I ended up thinking that I would study languages in school in Sweden. I thought I would potentially be a translator or ride horses professionally, so I went to work as an au pair in Switzerland for a French-speaking family that had a horse I could ride. The mother was a fashion critic, who brought me to shows and she gave me boxes and boxes of makeup that had been sent to her. I thought it was so intriguing and romantic.

How did you launch your career as a makeup artist?

The woman I was au pairing for helped me find a makeup school in Paris, Neo Christian Chauveau, and because it was in French, I thought if I'm not good, I won't be wasting my time. It was an incredible experience and a great school. I stayed for five months, because I got what I needed from it and I wanted to learn how to do movie makeup.

I went to a makeup school in LA called Joe Blasco, which was terrible. They asked me if I would teach after two weeks. But I met a few pivotal people along the way and that was what set me up. There are so many talented people in the world, but if you get a chance to shine, you have to really do it and you can't let yourself crumble under pressure.

What was the biggest lesson you learnt while starting out?

My first couple of years living in LA, I went to an agency and asked if I could assist their artists, but I never got paid because I didn't know how the process worked. I wasn't sure if the artist or agency paid me and I didn't want to make my relationship with the artists awkward, so I just continued working for free.

I had two roommates at the time in this government assisted apartment which cost $300 a month. There was never any food, never any toilet paper because nobody really wanted to be responsible, but I now see it as beneficial because it gave me work experience. All I wanted was to work as hard as I could and gain as much knowledge as I could. Then one day, one of the artists asked me to do the makeup on the models and ultimately, I got called for the job.

Don't be static. That can lead to excuses that you don't feel ready.

I think assisting can really benefit you if you don't intend on spending too much time [assisting]. It shouldn't be too many years. It's got to be a “quick, get as much as you can” from that person, assist someone else, maybe assist some fashion shows but don't be static. That can lead to excuses that you don't feel ready.

Are there any particularly memorable experiences during those first years in LA?

There are times where you need to trust your instincts. I slept on the floor — that job was never going to pay me. I should have known that. But meeting people who you could potentially work with on a bigger scale can be hugely impactful.

I ended up meeting Spike Jonze through a friend and we did commercials and videos together, and then I did Being John Malkovich with him. That was an important meeting — I was very fortunate in the people I met and the timing — but then I was in their frame of mind.

What qualities made you stand out while starting out?

I was ambitious and passionate, but I was very sincere. I just wanted to do my best and I thought of it as such a huge opportunity. My parents taught me how important the value of money is, the value of your time and how you spend it. I think that is more difficult to find in younger people today — the gratitude and sense of being fortunate to be there. I feel today you come across entitlement a little bit more.

How did you then make the transition to working in-house?

[Working freelance], you can't guarantee that you're going to get the advertising job even though you've done all the editorial. It doesn't work that way in fashion, so you're not sure how much money you're going to make every year. But I didn't really care about a contract then. I was having so much fun and I wasn't worried about anything really.

When I got the call to meet with Lancôme, I went to London, I went to Paris and I met with many different executives. We negotiated contracts and they agreed that, if they were given three days’ notice, they would reschedule a shoot if I got an important editorial job. And they agreed to it, which was awesome.

What skills did you learn from working at a larger beauty corporation?

I learned about all different types of brands and when they go through a shift, how to be sensitive to their requirements. You learn about global needs when you work with global organisations, from prestige to mass, and what works differently there. The cadence has to be different when it comes to what you want to do for a brand.

Press is also a huge part of it. You have to be able to speak for yourself and articulate your vision. Even though artists may feel shy, it's important that you get to share your voice. At fashion shows, you have to do 30 girls’ makeup and talk calmly to journalists while thinking, “Oh God, I only have 20 minutes left and 10 girls left,” while still trying to maintain composure.

It's important to make those mistakes. You have to fall to be able to improve.

At the end of the day, the girls are going to walk and it's going to be okay. It’s about the teamwork between hair and makeup. It’s important to have great assistants that you can rely on. There are many pieces that you learn over the years from when you don't have the strongest team and it's important to make those mistakes. You have to fall to be able to improve.

What are the most challenging aspects of your role today?

Working with cleaner formulations is challenging. It's never about taking something off the shelf from one of our manufacturers, but it's always a battle to push the lab to do things that they're not as familiar with so I can create my vision without compromising.

There's more [sustainability] awareness in the cosmetics industry but it's still not what I would want it to be. When we started, we were hyper-focused on the formulation and the performance. Now we also have to incorporate the sustainability piece. That's number one on our to-do list: how do we become more sustainable as quickly as we can? But in the cosmetics industry, nothing is really quick.

What core skills are essential for success in beauty?

I think it's important you have some kind of emotional connection to your trade if you're a makeup artist. It’s important, through that extension of yourself, that you feel honest. It's not a part-time gig — you have to be in it 100 percent.

Be sensitive to people's needs because you meet all different types. You work with actresses one day, models the next, athletes and singers. You have to wear many hats and be able to adapt to various situations — sometimes the photographer doesn't want your opinion and sometimes they really want your opinion.

In makeup, you have to kind of be a psychologist. You have to be sensitive to your surroundings, to know when to speak up and when to be quiet. That's why it's critical to gain as much time in the saddle as possible. You need to be nimble. Be conscious of your environment, the time you take and how you communicate ideas.

Here are the most exciting job opportunities in beauty available on BoF Careers: