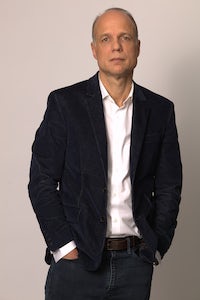 Balmain has appointed Jean-Jacques Guével chief executive, February 2020. He joins the company from Zadig & Voltaire where he held the same position. Guével replaces Massimo Piombini, whose departure from the company was announced earlier this month. He has since been named chief executive of Diesel.

Natura adds to board of directors

As it closes in on its acquisition of Avon, cosmetics group Natura has appointed three new members to its board: Nancy Killefer, a retired senior partner at McKinsey & Company; Andrew G. McMaster, Jr., who was deputy chief executive and vice chair at Deloitte & Touche prior to retirement; and W. Don Cornwell, former chairman and chief executive of Granite Broadcasting Corporation and a member of Avon’s board since 2002.

Fiorucci has named Daniel W Fletcher menswear creative director. The designer, who prior to the appointment was running his namesake line, will show his debut collection for the brand during London Fashion Week Men’s in January 2020.

Anna Bakst is leaving her post as chief executive of Kate Spade at the end of 2019, after less than two years in the role. Joanne Crevoiserat, chief financial officer of parent company Tapestry Inc., will step in to assume Bakst’s responsibilities on an interim basis.

Andy Dunn, founder of men’s retailer Bonobos, is exiting Walmart, with his departure taking effect in 2020, according to a statement on his LinkedIn page. Dunn joined Walmart in 2017 as senior vice president of digital consumer brands, after the retail giant acquired his company for $310 million.