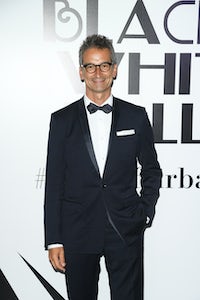 Nicholas Knightly, who most recently served as Louis Vuitton's director of design for leather goods, is moving to Moynat. Knightly replaces Ramesh Nair and will oversee design at the label, best known for its handbag and luggage.

The sportswear giant announced its Global Head of Human Resources Karen Parkin will be exiting the company. The move follows after The Wall Street Journal reported that employees called on the board to investigate Parkin’s approach to handling racial issues in the workplace. Parkin has also stepped down from the executive board after 23 years with the company. Adidas Chief Executive Kasper Rorsted will assume responsibility for global human resources in the interim period until Parkin’s successor is announced.

Former PVH Europe Chief Commercial Officer Oliver Timm, who oversaw both Tommy Hilfiger and Calvin Klein in the region, has been named the new chief sales officer of the German suit maker, effective January 1, 2021. Timm will join his former boss Daniel Grieder at the company. Grieder was recently named chief executive of the German suit maker after several years at PVH.

Pinduoduo, one of China’s biggest e-commerce platforms, announced its founder Colin Huang has relinquished his role as chief executive but will assume the role of chairman, focussing his efforts on the company’s longterm strategy. Stepping into the breach as the new chief executive is the tech giant’s Chief Technology Officer and founding member Chen Lei.

Deckers Brands adds to board of directors

The company behind Uggs, Teva, Sanuk and Hoka One One has appointed former Chief Executive of Tapestry Inc. Victor Luis to its board of directors. The move follows the resignation of James Quinn, who has been a member of the Deckers Brands board since 2011.