Gap is offloading Intermix to Altamont Capital Partners, which aims to triple sales on the back of post-pandemic exuberance and e-commerce. Finding a satisfying exit may prove tough.

Gap is offloading Intermix to Altamont Capital Partners, which aims to triple sales on the back of post-pandemic exuberance and e-commerce. Finding a satisfying exit may prove tough.

This week, Gap Inc confirmed it would sell Intermix to Palo Alto-based private equity firm Altamont Capital Partners as part of a wider push at the American fashion giant to streamline its portfolio and focus on its four core brands: Gap, Athleta, Old Navy and Banana Republic. Intermix, a chain of accessible luxury multi-brand boutiques, was always an anomaly at mass market Gap and generated under $140 million in 2020, or less than 1 percent of Gap Inc revenues that year.

Altamont is acquiring the entire Intermix business, including leases for its 31 US stores and its e-commerce operations. The financial terms of the deal were not disclosed, but the private equity firm probably didn’t pay very much for the retailer and sees growth potential, aiming to double or triple sales on the back of post-pandemic exuberance and e-commerce expansion.

At one level, the thesis makes sense. As the pandemic recedes and people return to socialising, Intermix, known for accessible party clothes, stands to benefit. E-commerce offers a compelling growth lever, too. Online luxury sales have boomed over the last year as intermittent closures disrupted physical retail. And although stores have reopened, the shift to e-commerce is likely to stick, if not at lockdown levels then at least above sales volumes seen pre-pandemic.

But multi-brand fashion e-commerce is a highly crowded and competitive space. Both digital heavyweights like Yoox Net-a-Porter and luxury goliaths like LVMH have struggled.

“We haven’t found a way to make it profitable,” admitted LVMH Chairman Bernard Arnault at the group’s 2019 results presentation, referring to its stunted multi-brand e-tailer 24S. “All of them are losing money,” he said of competitors. “The bigger they are, the more money they lose.”

Fashion e-tailers must contend with several major challenges. Most have simply digitised the traditional wholesale model and suffer from the inventory risk inherent in the approach. Then, there’s high customer acquisition costs; the friction of managing shipping and returns; and lack of inventory from top tier brands long focused on building their own digital sales channels.

And because most luxury e-tailers ultimately sell similar products, offer similar experiences and operate in a saturated market where competitors are just a click away and price comparison is common, they are often forced to engage in competitive discounting to drive sales.

Some are making a play for scale. Fashion platform Farfetch, which struck a mega-deal with Alibaba last November, is betting that sheer financial and operational heft, as well as the strength of its marketplace model, which means it does not hold inventory, will keep it ahead of the pack.

But for consumers, bigger may not be better, and other fashion e-tailers have managed to differentiate themselves and appeal to customers on taste, reflected primarily in tightly curated product selections. Taste has been critical to the success of Mytheresa, the one luxury e-commerce player that has been profitable since the start. It was also central to the early successes of fashion e-commerce pioneer Net-a-Porter and challenger MatchesFashion.

But scale is the enemy of taste. And in its pursuit of growth, Net-a-Porter sacrificed the tasteful curation that made it special in the first place, making space for MatchesFashion, which ate into Net-a-Porter’s business, only to fall into the same trap, chasing growth at the expense of taste after it was acquired by private equity firm Apax in 2017 at a valuation said to be north of $1 billion. Matches has since suffered heavy losses and recently parted ways with another CEO.

By contrast, a big part of Mytheresa’s enduring success comes down to its disciplined approach to scale. The company hasn’t pursued the rapid, marketing-fuelled growth that has derailed competitors, staying focused on its niche. But as Mytheresa eyes expansion after a recent IPO, it’s unclear whether it can take things to the next level while maintaining its taste factor.

As for Intermix, given its current scale, Altamont could probably manage to double or triple revenues without diluting its identity too much. But then what? Altamont likely paid little for Intermix. But when the private equity firm looks for a return on its investment in three to five years, it will need to sell an acquirer (or the public markets) on the retailer’s next growth phase.

But it’s unclear whether fashion e-tailers can grow too much beyond $500 million in annual sales, at least at the pace investors expect to see, without diluting the taste that made them competitive in the first place. Net-a-Porter and MatchesFashion certainly offer cautionary tales.

Some believe Spotify-like personalisation holds the key to scaling taste, allowing retailers to cater to a mass of niches, but nobody has convincingly put this theory into practice.

Altamont has rightly seized on the post-pandemic resurgence in fashion consumption and the lasting power of the lockdown-induced e-commerce boom as compelling growth vectors for Intermix. But whether they will find a satisfying exit remains to be seen. 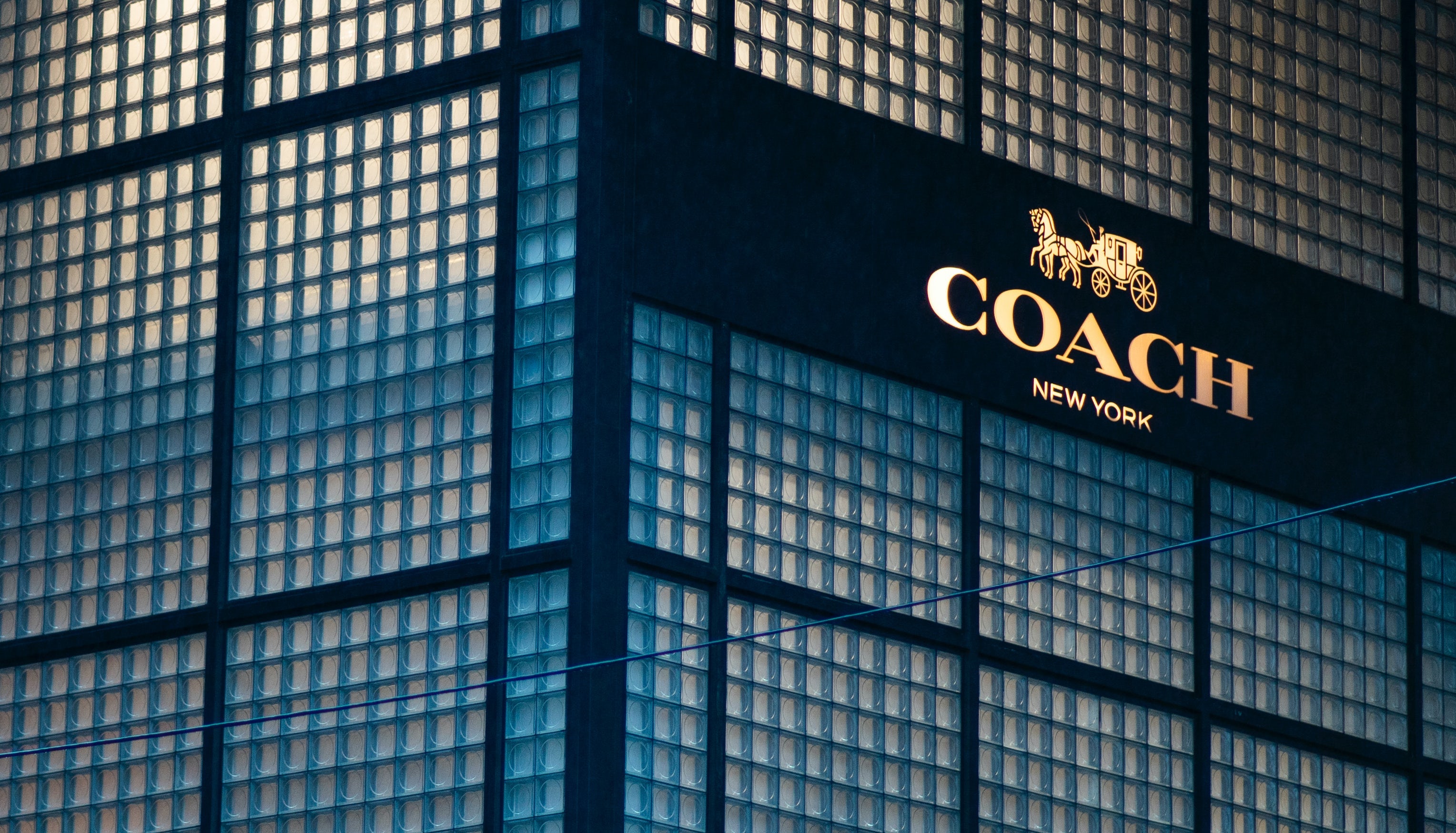 Zalando’s quarterly sales soar 47 percent. The German online retailer raised its outlook again for the full year and said it would add another five warehouses to its network of 10 by 2023. British rival Asos reported a 25 percent jump in first-half sales but was cautious on the short-term outlook due to concerns about the economic prospects of its young customers.

Under Armour raises full-year revenue forecast. The sportswear giant’s net revenue rose from $930.2 million to $1.6 billion in the first quarter, beating analysts’ average estimate of $1.3 billion, according to IBES data from Refinitiv. This comes after Under Armour agreed to pay a penalty of $9 million to settle SEC charges related to its accounting practices.

Adidas raises sales forecast as sporting events return. The sportswear giant shrugged off Chinese calls to boycott its products in March after the company spoke out against allegations of forced labour in the Xianjing region. Adidas said it now sees sales growing at a high-teens percentage rate in 2021, with a jump of around 50 percent expected in the second quarter. In April, sales fell 78 percent in the Adidas store on Alibaba’s Tmall platform, and 59 percent on Nike’s, according to Morningstar Inc.

Abercrombie & Fitch Co. launch new brand in partnership with TikTok stars Charli and Dixie D’Amelio. The brand, dubbed Social Tourist, is born out of a multi-year brand partnership with the D’Amelio sisters, who have served as brand ambassadors for Hollister. Social Tourist is the first new brand Abercrombie & Fitch Co. has launched in over a decade.

Supreme is opening a store in Milan. The streetwear giant’s first store in Italy opened May 6 and will be its thirteenth retail location. Supreme took out billboards in Milan to announce the opening and also advertised in local Italian newspapers, according to NSS Magazine. The move to Italy comes after years of the brand battling aggressive counterfeiters in the country.

Old Navy suspends its Juneteenth campaign following influencer backlash. The Gap-owned retailer misplayed a marketing effort tied to the holiday celebrating the end of slavery in the US, asking Black influencers to buy their own special Old Navy T-shirt to wear in sponsored posts and offering below-market rates.

Dover Street Market’s brand incubator adds Sky High Farm. The Comme des Garçons-backed retailer is deepening its relationship with painter Dan Colen’s mission-driven label. In a novel approach, the label will ask stakeholders, from suppliers to retailers, to donate a portion of their profits to fight food insecurity. 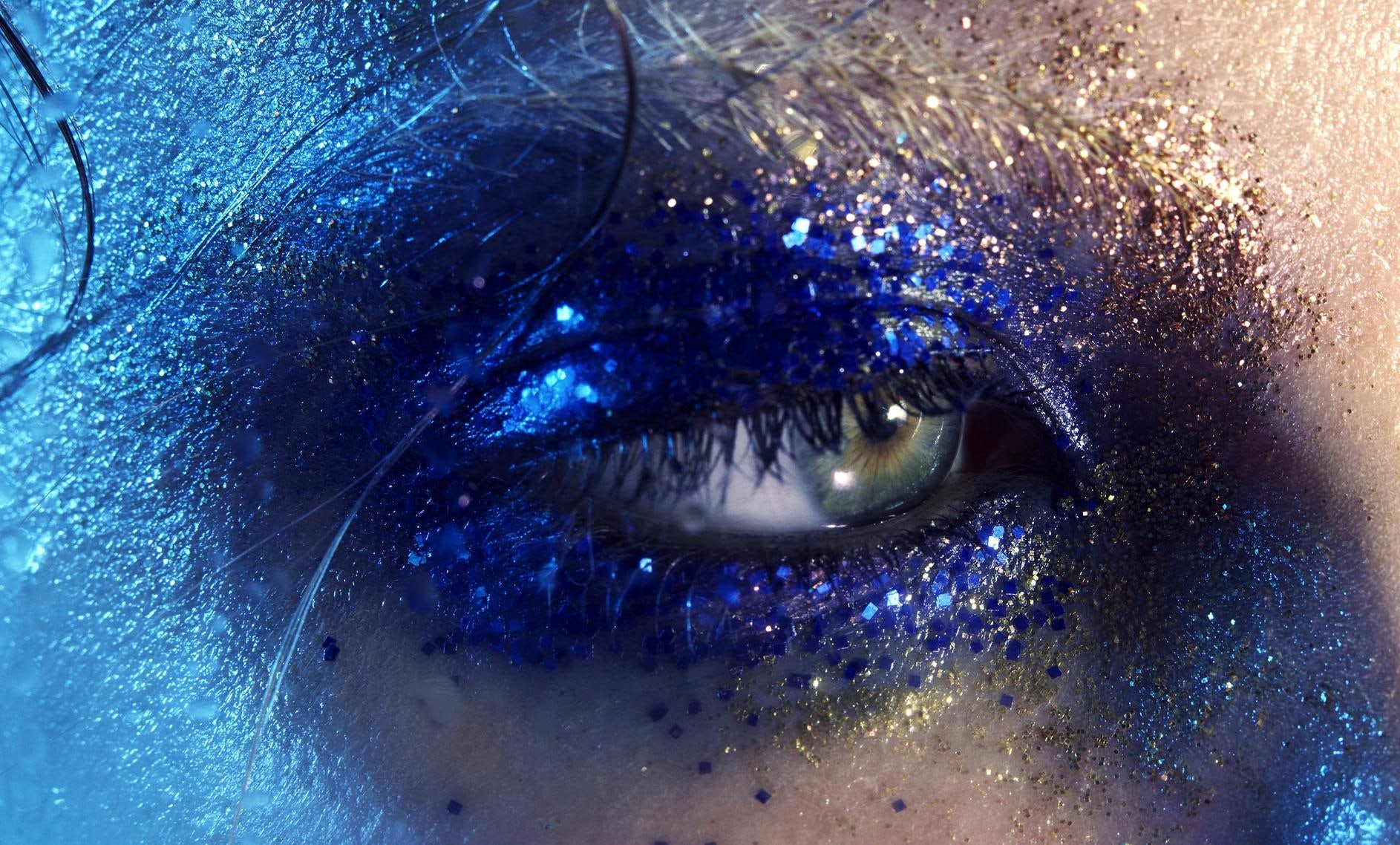 Zara debuts a beauty collection. The line, which is Zara’s first comprehensive beauty product range, includes products for eyes, lips, face and nails. It was developed with British makeup artist Diane Kendal — who is known for creating runway looks for designers like Proenza Schouler, Tom Ford and Marc Jacobs.

Jessica Alba makes millions in Honest IPO. The actress’s company, which makes baby and beauty products free of harsh chemicals, is now valued at $1.89 billion — or $2.21 billion when fully diluted to include employee stock options and restricted stock units — up from a previous implied valuation of $860 million in 2017. 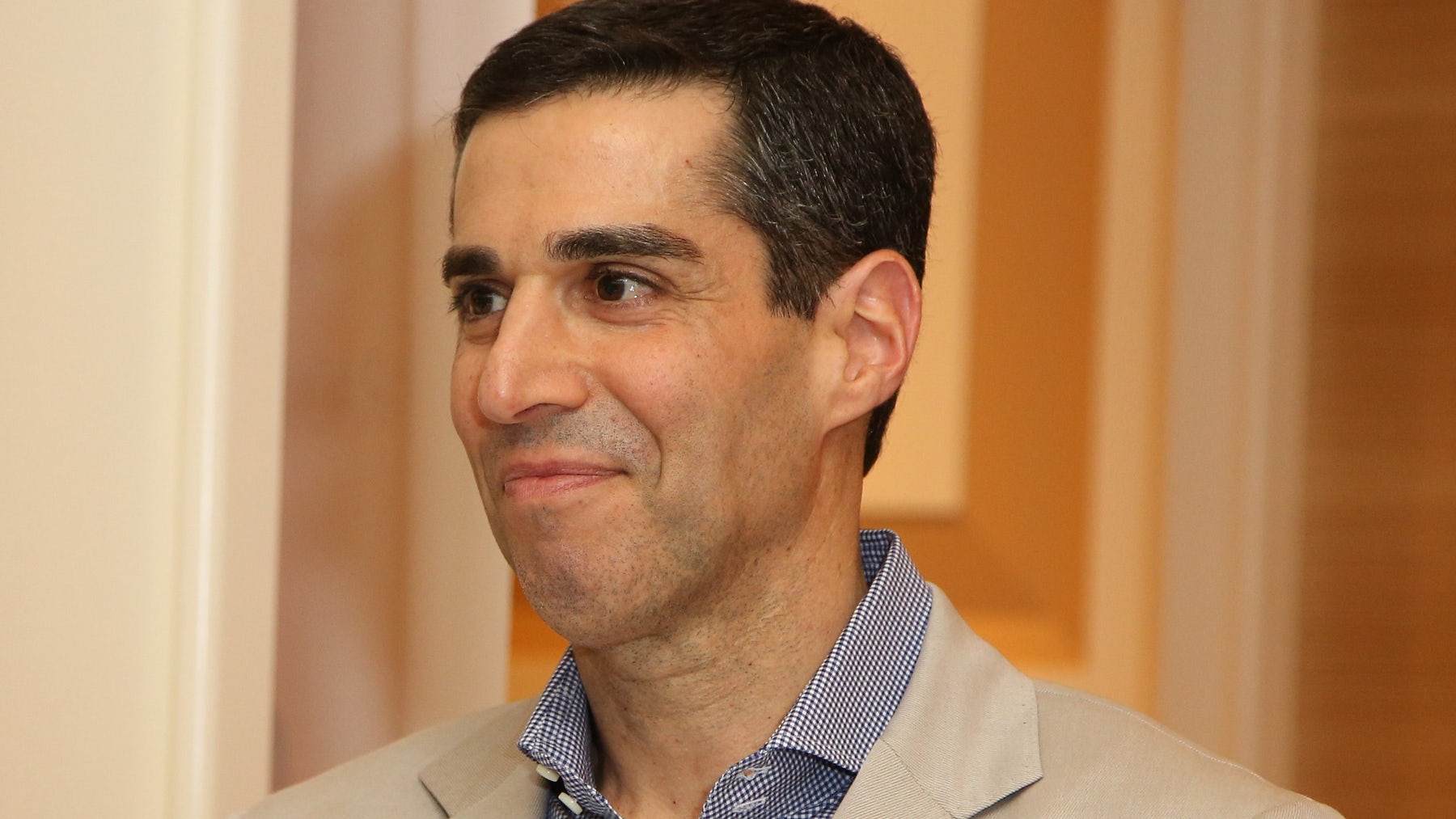 Jim Gold named CEO of Moda Operandi. The former Neiman Marcus executive has held the position on an interim basis since January 11. Gold will join the luxury e-commerce company’s board, and continue to work closely with founder and chief brand officer Lauren Santo Domingo.

Valentino appoints new CEO for Japan and Korea. The Italian luxury brand named Masumi Shinohara to the post, which will be based out of Tokyo. Before Valentino, Shinohara worked for Zegna Japan as president and as president, CEO and representative director for LVMH-owned Berluti Japan.

Bethany Williams wins BFC/Vogue Designer Fashion Fund. The London College of Fashion alumna who addresses fashion’s relationship to sustainability and social good through her work was one among 11 finalists who presented their collections and plans to the competition’s panel. Past winners include Wales Bonner, Molly Goddard, Sophia Webster and Christopher Kane. She will receive mentoring and a cash prize of £200,000 to grow her business. 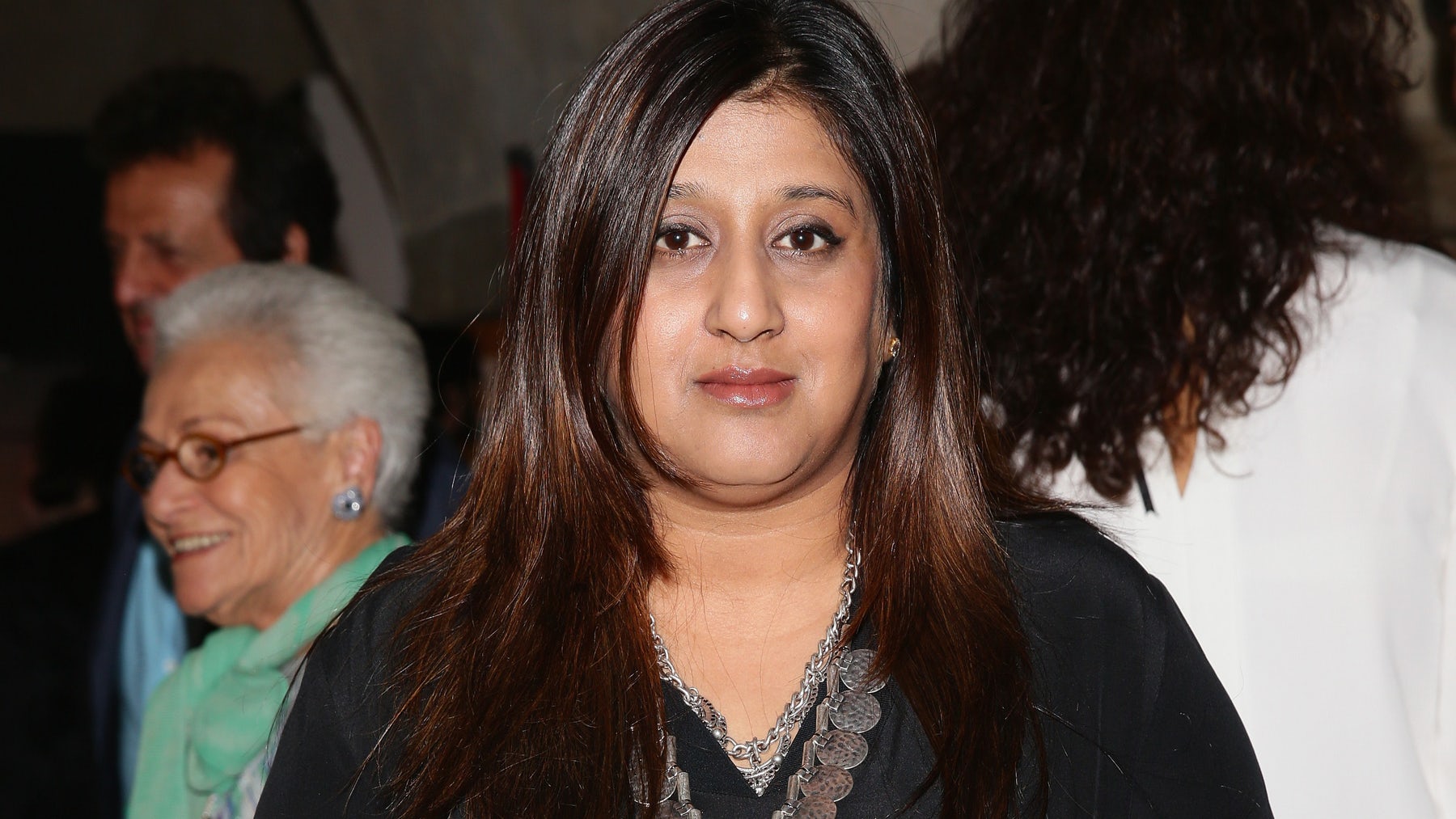 Vogue India editor-in-chief to exit after 14 years. Priya Tanna has led the Mumbai-based title since its launch in 2007. Now, she joins the growing ranks of editors — including Vogue Germany’s Christiane Arp and Vogue Spain’s Eugenia de la Torriente — who have exited Vogue’s local editions over the last six months as publisher Condé Nast streamlines its operations.

Kakao races to become South Korea’s Amazon. The mobile messaging app operator is looking to duplicate the US tech and retail giant’s success by growing its business into online shopping, fintech, media content and logistics, The Korea Times reports. Though Korea has its fair share of tech firms building out multi-platform empires, Kakao could come out on top thanks in part to its messaging app, which has more than 46 million monthly active users.

Met Gala names Timothée Chalamet, Billie Eilish, Amanda Gorman and Naomi Osaka as co-hosts. Last month, Vogue announced that the much-anticipated gala — which was cancelled in 2020 because of the pandemic — would be an in-person gathering occurring on September 13. This year’s exhibition theme is “In America: A Lexicon of Fashion,” and will explore American fashion and the role of dress in identity.

Fitness ring-maker Oura raises $100 million. The Series C round of funding, led by The Chernin Group and Elysian Park (the investment arm of the Los Angeles Dodgers), brings the wearable tech company’s total funding to $148.3 million. To date, Oura has sold more than 500,000 of its wedding-band sized rings that track wearers’ activity, including sleep, steps, heart rate and body temperature.