Designers like Brendon Babenzien, J.Crew’s new men’s creative director, bring deeply rooted values as well as design skills to their work. But embedding these values into larger organisations can be challenging. 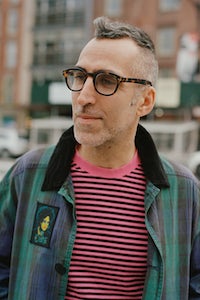 Designers like Brendon Babenzien, J.Crew’s new men’s creative director, bring deeply rooted values as well as design skills to their work. But embedding these values into larger organisations can be challenging.

Brendon Babenzien's first J.Crew menswear designs will be available in the second half of 2022. J.Crew.
Sustainability
Share
Comment
BoF Professional Exclusive
By Vikram Alexei Kansara May 21, 2021 17:00

This week, preppy chain J.Crew hired Brendon Babenzien, ex-Supreme designer and founder of Noah, to re-energise its men’s business. Babenzien is known for a skate-prep aesthetic that could bring new currency to J.Crew. But his progressive, punk-inspired values on topics from the environment to worker’s rights have been equally important to building his fanbase.

“Noah seeks to take a stand against many of the appalling practices of the fashion industry. Our clothes are made in countries, mills and factories where tradition, expertise and human dignity take precedence over the bottom line,” reads a statement on the brand’s website.

Can Babenzien embed his values at a large company like J.Crew? It’s a question that is playing out across the industry, from ethical designer Stella McCartney’s alliance with luxury giant LVMH to sustainability-minded Gabriela Hearst’s appointment at Richemont-owned Chloé.

For values-driven designers, the opportunity to drive impact at the scale of a larger organisation is compelling. And as political activism goes mainstream and young consumers increasingly align themselves with brands whose progressive values reflect their own, there is certainly a business case to consider. But changing big companies comes with challenges.

What does it take to succeed?

In fashion, change is largely about sourcing. “It’s easier than it was five years ago because the availability of sustainable materials is greater now,” said Claire Bergkamp, who was Stella McCartney’s sustainability and innovation director before becoming chief operating officer at non-profit Textile Exchange. “The supply chain world has woken up to the call.” But there are still barriers to overcome and plenty of research and development work to be done.

Starting with high-volume materials is the best way to make the most impact. Price remains a hurdle for the simple reason that sustainable materials cost more. But at higher-end brands, there is sufficient margin to cover these costs. The important thing is to build them into the overall business strategy and pricing structure from the beginning.

This demands unambiguous support from the chief executive, rooted in the understanding that sustainability isn’t just a problem for fast fashion giants and that there is economic value in operating in a more responsible manner, which may require mindset and strategy shifts, underpinned by a revised set of key performance indicators.

It’s not just about changing products, but changing a belief system and associated business logic. That may demand overcoming deeply ingrained thinking, even cynicism.

“You need CEO buy-in and from there everyone needs to understand the direction of travel,” said Bergkamp. Here, designers aiming to transplant their values may need a willingness to both confront executives and be patient.

For ethical designers, failing to convincingly embed their values in their employer’s organisation can come with risk. “Reputational risk is very real, because consumers are much smarter about this. There is a greenwashing detector that didn’t used to exist,” said Bergkamp.

But transformation is inherently complicated and takes time. It’s impossible to do it all at once without overwhelming the organisation. Here, transparency can help to mitigate risk and win over consumers. “The world is patient if you are honest in showing progress and not overpromising. It’s about communicating where you are on the journey,” said Bergkamp.

Placing truth over perfection can be difficult for fashion brands built on image, but there is mounting evidence that consumers increasingly value purpose over polish. 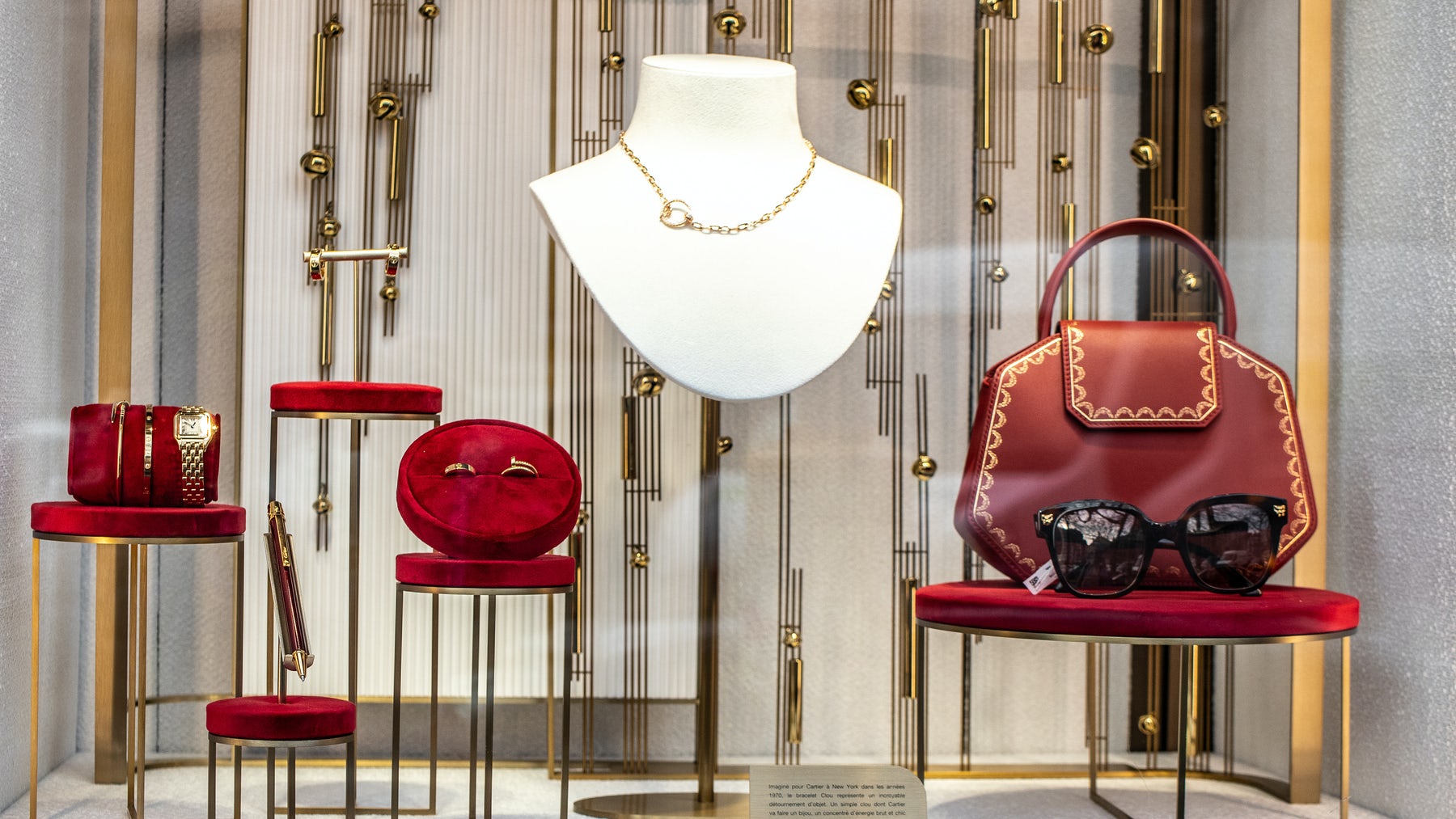 Richemont quarterly sales jump 36 percent. Shares in the Swiss group that owns Cartier rose nearly 6 percent after the group proposed to double its dividend and flagged strong current trading, with “accelerating trends across all business areas.” In the key Mainland Chinese market, sales more than doubled during the 12 weeks ending March 31, Richemont said.

Valentino to phase out ‘Red’ sub-brand, go fur-free. Under its new chief executive, Jacopo Venturini, the Italian brand wants to refocus on its main luxury line and redefine the brand’s position as Italy’s leading “Maison de Couture,” according to a company statement.

Bain, Altagamma forecast rapid luxury rebound. Luxury sales could return to 2019 levels as soon as this year after contracting for the first time in more than a decade in 2020, consultancy Bain and Italian luxury industry association Altagamma said in their industry forecast published Monday.

Ralph Lauren forecasts full-year revenue below estimates. The retailer said it expects fiscal 2022 revenue to increase about 20 to 25 percent. Analysts were expecting a 31 percent rise. Net revenue rose to $1.29 billion in the fourth quarter from $1.27 billion a year earlier. Analysts on average had expected revenue of $1.21 billion, according to Refinitiv IBES data.

L Brands buoyed by strong sales in first quarter. The retail company, which announced plans to spin off Victoria’s Secret earlier this month, reported revenue of $3 billion for the quarter ended May 1, an over 80 percent increase from $1.65 billion last year in the midst of the Covid-19 pandemic, and up 15 percent compared to sales of $2.6 billion in Q1 of 2019.

US drives sales jump at Mytheresa. Pent up demand for luxury high heels and dresses, particularly in the US market, helped to accelerate Mytheresa’s sales in the first three months of 2021. They rose 47.5 percent year-over-year to €164.8 million (about $201 million).

US blocked Uniqlo shirts on Xinjiang forced labour concerns. The company was unable to provide sufficient evidence to satisfy US Customs that the items were not in part produced by forced labour in China’s Xinjiang region, according to a US Customs and Border Protection document reviewed by Bloomberg.

Del Vecchio family sued by Brooks Brothers investor. The billionaire Italian family that owned Brooks Brothers until recently has been accused in a lawsuit from Hong Kong clothing maker Tal Apparel of driving the iconic apparel retailer into bankruptcy instead of selling it to avoid paying millions of dollars to an investor. Tal is seeking $100 million of damages, less sums received from Brooks Brothers’ bankruptcy estate.

Pieter Mulier to show debut Alaïa couture and ready-to-wear collections. The show on July 4 will be the first time the brand returns to the runway since its namesake founder died in 2017, a spokesperson confirmed to BoF. Alaïa announced in February that Mulier, who has worked for years alongside Raf Simons at his eponymous brand, as well as Jil Sander, Dior and Calvin Klein, would take over as creative director.

BFC plans return to physical shows. London Fashion Week will run as a digital-first event from June 12 to June 14, with a number of “Covid-secure” physical events to be held in line with government guidelines, the BFC said. London Fashion Week running from September 17 to 21 will be a mix of physical and digital events. 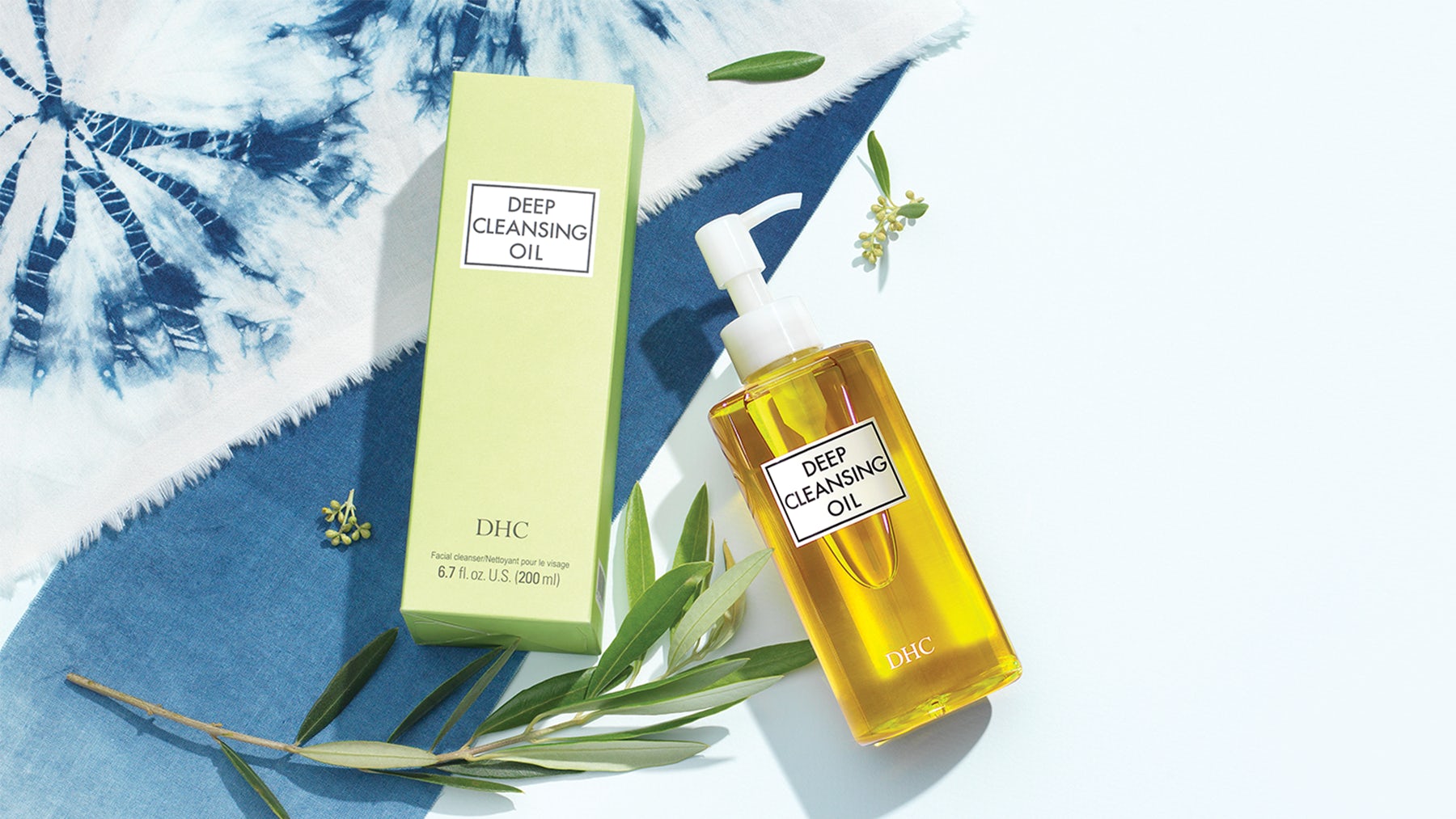 Japanese beauty brand DHC under fire for CEO’s comments. The brand, famous for its cleansing oil, angered netizens and activist groups after its chairman and CEO Yoshiaki Yoshida used discriminatory language against Koreans in a post on its website, Nikkei Asia wrote. He called reports of his racist behaviour an “all-out attack from ethnically Korean, anti-Japanese media.”

SuperOrdinary plots US expansion and new M&A strategy. The Shanghai-based beauty incubator is also partnering with Amazon to help direct-to-consumer brands master selling on the platform. The company plans to increase investments in budding labels and implement an M&A strategy of “acquiring brands to optimise marketing, infrastructure and scale on a global level.” 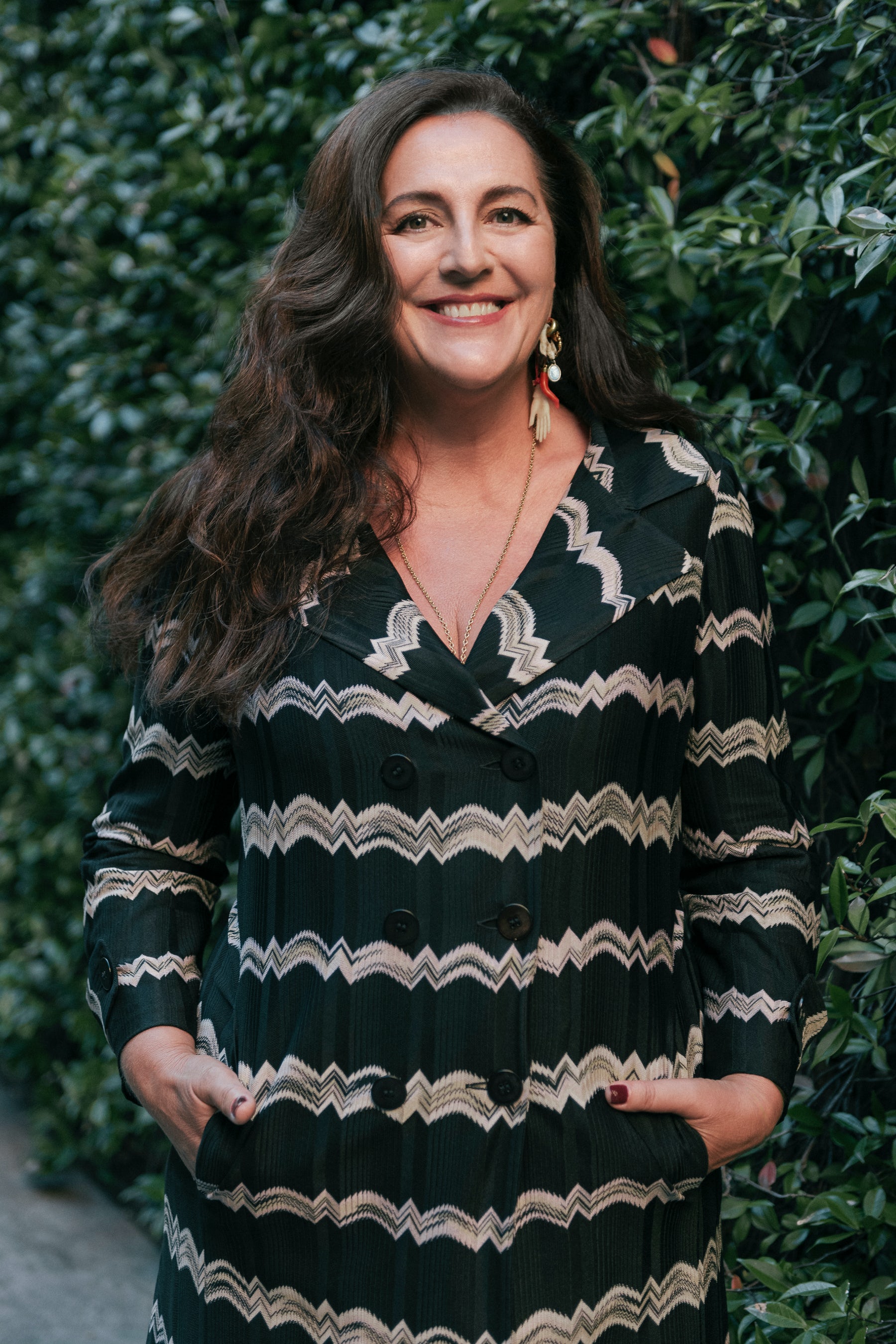 Angela Missoni is stepping down from design duties at the Milanese label that carries her family name. Simone Lezzi.

Angela Missoni exits creative director role. The designer is stepping back after 24 years in the job, though she will remain in place as president of Missoni. She is handing over the creative reins to design director Alberto Caliri for an interim period. 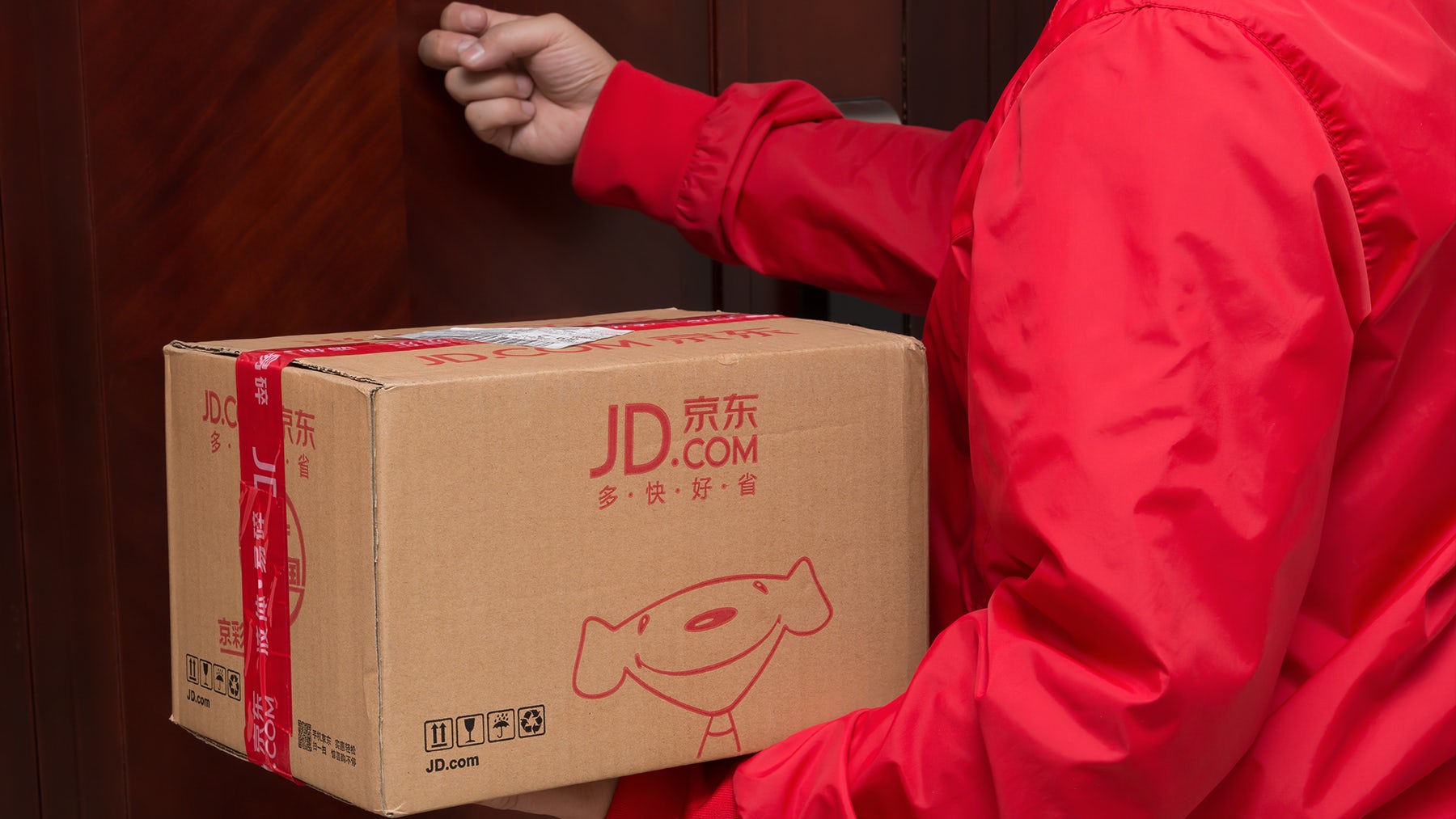 Alibaba, partners invest $400 million in the retail arm of Vietnam’s Masan. The deal will expand the Chinese e-commerce giant’s presence in Southeast Asia after its $4 billion investment in e-commerce firm Lazada in 2018.

CEO of TikTok owner ByteDance to step down. The founder and global chief executive, Zhang Yiming, will step down as CEO to focus on long-term strategy, according to a Wall Street Journal report. Co-founder, Liang Rubo, will take his place.

Google to open first physical store in New York this summer. Located in the city’s Chelsea neighbourhood, visitors will be able to receive customer service and pick up online orders.

Gojek to merge with Tokopedia to create Indonesia tech giant. The combined entity is set to form a powerhouse in the world’s fourth most-populous nation, encompassing businesses from car-sharing and fintech to online shopping and delivery. Alibaba and Softbank are the two biggest shareholders in the newly-formed GoTo Group, Nikkei Asia reported.