PARIS, France — Fashion week in Paris, and along with it a gruelling fashion month, closed this Wednesday on a high note. Just as Nicolas Ghesquière delivered a techno-bohemian, punky punch at Louis Vuitton, and right before Miuccia Prada reiterated in her beautifully perverted way the core of Miu Miu's theory, that irrationality is the only way forward in our age of insidious digital conformity, the gloriously incongruous news spread that Vetements designer Demna Gvasalia had been appointed artistic director of the house of Balenciaga.

The ripples of surprise were palpable, and to some extent justified. After all, while he has been working behind the scenes for years, Gvasalia remains a relative newcomer and the speed with which Vetements has risen from underground commodity to wider notoriety could be read as yet another signal of the dangerously breakneck speed at which the system marches today with its voracious appetite for the new. Yet, it also made for a sudden and very welcome boost of energy here in Paris — the more absurd, even anarchic, the better. 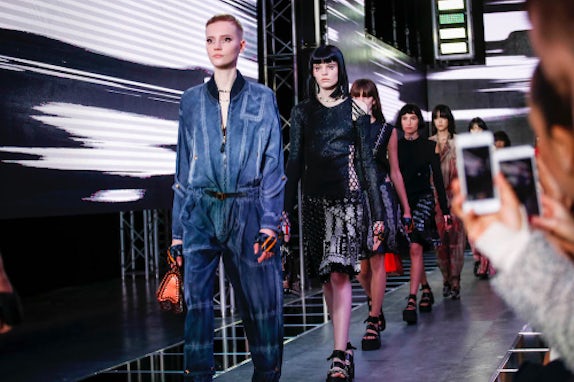 The rise of Vetements, which is not dissimilar to the story of Gucci's Alessandro Michele, albeit on a much smaller, niche scale, says a lot about the current fashion moment, in terms of aesthetics, marketing and the wider cultural context. Gvasalia grasps the moment, that's for sure. He is connected to what's happening in the streets and what's boiling in the clubs, and is able to morph all of this into desirable yet attainable clothing with a singular focus. So much so, in fact, that for the second season in a row Vetements was one of the best shows in Paris, even though most of the attendees tried to act blasé about it.

By now, the label is widely known — at least in name — which diminished the intoxicating feeling of finding a new talent. Gvasalia, however, brilliantly lived up to his reputation as the raw, energetic heir to Martin Margiela, with whom he worked for eight years. The collection stood out for its deranged classics. It was all about bold proportions and brilliantly wild casting. This brings us straight to Gvasalia’s strongest asset, which could translate into big profits for Balenciaga: his proclivity in crafting a gang, a tribe to which prospective clients would aspire to belong. That's what fashion, right here, right now, is all about: tribes and gangs. Isn't it?

Despite the apparent democratisation of fashion, what we are really witnessing is the return of fashion dictatorship.

Fashion, for end consumers, responds to some very basic, almost primal, urges. Clothes are a way to define and communicate our identities and tribal affiliations through systems of signs others can recognise. On the one hand, it’s about differentiation. On the other hand, it’s about a sense of belonging. In this sense, fashion endlessly plays with the conflicting ideas of individualism and conformity. And the tension between the two is more apparent than ever in our digitally liberated yet equally conformist and painfully controlled times.

Apropos of this, in Paris, this season, it was all about fashion tribes — one for each designer, each one with its inescapable dos and don'ts — and not just because wild hints of primeval shapes and robust whiffs of raw exoticism recurred as significant style tropes in collections as diverse as Junya Watanabe's take on space tribes and Valentino's romantic sampling from Africa. Wasn't Louis Vuitton’s troupe of sexless aliens also a tribe of sorts? The same applies to the Ladurée-at-the-Berlin-zoo gang of decadent luxed-up punks at Haider Ackermann, not to mention the Monsters, Inc. posse of otherworldly creatures at Comme des Garçons. 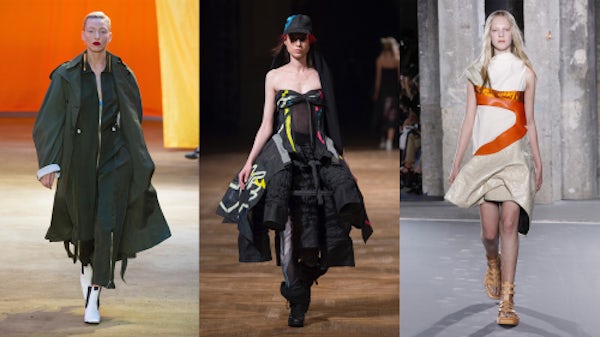 By and large, even the Phoebe Philo’s fierce Céline women, all red lipstick, tight braids and heavy shoes, felt like a tribe, while Miuccia Prada openly talked about clubs and subcultures to describe the thought process behind her latest effort for Miu Miu, which is another expression of tribalism. Add to the roster designers like Yohji Yamamoto and Rick Owens, who have always had cult-like followings and whose black-infused work naturally attracts a tribe, and the picture widens. Karl Lagerfeld, at Chanel, acts similarly, season in and season out, but he does so with his inimitable, teutonic brand of pop, calling out clients who want their luxury to be apparent, amusing and entertaining.

Tribalism creates exclusivity: you either belong to a tribe — you can afford the clothes and pull off the aesthetic — or you don't. That's the magic of it, and what makes it so relevant right now. This phenomenon, of course, transcends the season and reveals a lot about the way today’s fashion is both conceived and consumed. Despite the apparent democratisation of fashion, what we are really witnessing is the return of fashion dictatorship. Indeed, this is the real dynamic at play when designers make themselves accessible on social media. A tribe needs a leader and fashion tribes put the designer in this role. It's good for sales also. The guru tells his eager followers what’s hot and what's not. 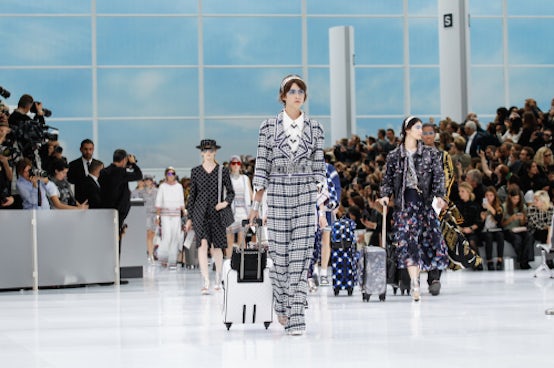 As the market grows and the number of labels multiply, securing a loyal clientele is increasingly challenging. And doing so by igniting a tribal following is the winning strategy. Those in the circle are reassured, because fashion tribes solve insecurities, as well. And there is no way to be mistaken or make a mistake. When you are part of a tribe, even bad taste is justified. How else can one explain the upwards trajectory of Balmain under wunderkind designer and social media darling Olivier Rousteing?

Designers today work on codes that are, quite literally, calculated to both include and exclude. Despite all the stress on styling, in fact, it is the talismanic power of the symbolic object that is most important. Paris Fashion Week made this perfectly clear with an unprecedented stress on the total look — stylists be damned — that customers will have to get in order to belong to the tribe.

But make no mistake: what we are witnessing is, ultimately, an epidemic of conformism. Because, as big and global as today’s fashion gangs are, they still function according to insular tribal dynamics. One can only hope for more anarchy in the system soon. This is why the appointment of Demna Gvasalia, a relatively unknown and subversive designer, at the helm of a storied couture house like Balenciaga sounds so good. It raises hope for the jolt of the unexpected, the irrational, the unclassified.

Will it cater to yet another tribe? Most likely.

For reviews and image galleries of the most important shows from Paris Fashion Week click here.