LOS ANGELES, United States — In the fall of 2011, producer Stephanie Danan and screenwriter Justin Kern launched their ready-to-wear line Co with $30,000 and a short film, directed by Daryl Wein and starring French actress Élodie Bouchez. It was a stylish, if not entirely out of the ordinary, debut.

But nearly six years later, Co is profitable, and on target to generate $8 million in sales in 2017. The label is stocked by leading retailers around the globe, from Lane Crawford to Isetan to Net-a-Porter; recently opened its first shop-in-shop, at Neiman Marcus in Beverly Hills; and counts Theory chief executive Andrew Rosen as an investor. So how did a brand launched in Los Angeles, outside of the four major fashion capitals, by a couple with little design experience make it work?

“When you start a brand from scratch with limited funds, it’s so hard to compete with houses that have existed for 100 years. So we played to our strengths instead,” Danan says.

In six years, they have never staged a runway show, or even hosted a presentation at New York Fashion Week. They have eschewed young designer competitions, and chosen to focus on wholesale at a time when the industry is obsessing over direct-to-consumer. They also ignored the unwritten rules of pricing: in an era when the most successful companies all seem to make products that are either ultra-cheap or exorbitantly expensive, Co’s collection sits in the middle. 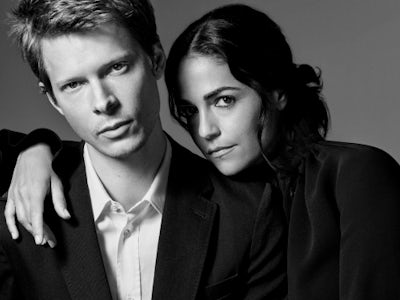 In sum, Co excelled at mastering what marketers call “the Four Ps” — product, price, place and promotion. It’s a concept, often referred to as the “marketing mix,” that’s been around since the middle of the last century, spearheaded by academics like James Culliton, a marketing professor at Harvard Business School, and his colleague Neil Hopper Borden, an advertising professor. In 1960, E. Jerome McCarthy developed the four categories.

More recently, the traditional Four Ps have expanded to become the Seven Ps, including positioning, packaging and people. An eighth P — performance or productivity, depending on whom you ask — has also found favour. But the aim is the same. These are the key elements of strategy, which, with the right alchemy, allow companies to successfully sell a product.

“Strategy is about defining your target customer, creating value for your customer and creating value for yourself as a company,” explains Alexander Chernev, a professor of marketing at the Kellogg School of Management at Northwestern University. “Who are your partners and collaborators, and how do you create value for them? Only after knowing how you can create value can you figure out what is the ideal product, what is the ideal price, and so on.”

But for fashion brands, successfully defining and deploying an approach to the Four Ps is more difficult than ever in a retail landscape that’s increasingly being reshaped by digital and driven by discounting. Recent successes are rare, but include Mansur Gavriel, Gucci and Canada Goose.

“One of the biggest problems for many companies is that the focus is on day-to-day operations, day-to-day revenues and sales, without investing in long-term brand building,” Chernev says. “Successful brands invest in building a quality product, but also building a brand that customers are willing to pay for.”

Here’s how Co leveraged a winning mix of the Four Ps to turn a fledgling start-up into a sustainable emerging business.

Before launching Co in 2011 with Kern, “I had a different career, I made my own money — a normal salary — and I loved fashion,” Danan recalls. “I didn’t want to shop the contemporary world, I wanted to shop a more curated environment. But in the designer world, it was more difficult for me to justify, or even desire, to pay the amount of money that it entails to have beautiful, luxury pieces in my wardrobe. So how do we fill the void of that girl?”

While she had no previous education or experience making clothes, Danan did have one distinct advantage. She had a father who operated a showroom that sold brands including Jean-Paul Gaultier and a mother who was a fashion designer and began outsourcing the manufacturing of her designs to Hong Kong in the 1970s, long before it was the norm to do so.

Because of this background, Danan knew it was possible to manufacture the product she was after — garments that were sophisticated and elegant, but at the same time fairly directional and cool — in parts of Asia where the quality is high but the prices are competitive. Indeed, Danan and Kern did just that, investing in quality — in particular, good cuts, fabrications and sewing — and getting the design right, even using one of the factories her mother had employed decades ago.

“Success at retail is about having a really good aesthetic and being good value, and that’s probably more important today than ever,” says Robert Burke, chief executive of advisory firm Robert Burke Associates. “The brands that are doing really well are very clear on what the brand is. They are specific to a product and aesthetic, and they have a great price.”

Co’s price point — which hovers between contemporary and designer — set it apart from the beginning. Sweaters were $900 instead of $600 or $1,600. “When we started the brand in 2011, no one gave a shit about price point. But I knew that women who make their own money, they don’t want to put all of it into fashion,” Danan says. “These are women who lead multilayered lives, who are interested in buying art, buying their own real estate, making interesting investments. For smart working women, fashion is not — and should not be — a financial priority.”

Because the quality and aesthetic of the garments were refined for the price, Co’s early sell-through rate — or percentage of the product a wholesale partner buys that sells at full price — at Barneys New York, the label’s first stockist, was between 70 and 75 percent. (As Co’s distribution has increased, that number has decreased, but remains above designer-floor averages of 45 and 55 percent, according to the company.)

For buyers, a unique price point can cause confusion on where to place the product on the shop floor. While it’s more common now for a department store to arrange product by aesthetic instead of price — Barneys, Saks Fifth Avenue and Nordstrom are all currently experimenting with this approach — in 2011, product at US luxury department stores was very clearly placed according to price point, with contemporary brands relegated to a specific floor.

And yet, Barneys chose to position the label near much higher-priced product, such as Stella McCartney, Céline and The Row. “When the first buyer from Barneys came to see us, she knew immediately that the aesthetic was meant for the designer floor. I don’t think she was even thinking about price at that point,” Danan says. “She was looking at it more from an aesthetic perspective: the branding, the clothes, the handfeel. It felt luxurious.”

It took some time, however, to convince other retailers. “There was, for sure, a period of time when people were confused by the concept of having a brand on the designer floor that was more approachable,” Kern says. “A lot of stores, for a while, were completely thrown by that.”

“Once the clothes would hit the floor, the sell-through would indicate that this was resonating,” Danan says. “As that sell-through kept going up, that’s when the growth really started and the buyers started thinking, ‘Oh, maybe they’re onto something.’”

When Neiman Marcus picked up the brand in 2014, the department store began with two doors. Within two seasons, Co was in 18 doors and is in 24 doors for Pre-Fall 2017.

“The position is critical,” Burke says. “It really portrays the brand, but more importantly, it gives the brand the exposure to sell to a customer with a like mind.”

When Co was founded, the wholesale model still had a stranglehold on emerging apparel brands. Direct-to-consumer brands like Warby Parker and Everlane were just emerging. But Danan and Kern have chosen to continue to rely on wholesale, which has allowed them to build brand equity without directly investing in user acquisition.

“One of the biggest challenges is that many companies think marketing is all about digital,” Chernev says. ”They try to solve the digital issue without really solving their bigger strategic issues.”

Early on, Barneys aided in promotion by positioning the brand in covetable sales floor real estate and through its own editorial channels. More recently, Gwyneth Paltrow, the proprietor of Goop, has worn Co — a line stocked in Goop’s online shop — during public appearances.

Danan says Neiman Marcus has been instrumental in the success of the brand in its stores, and now Co’s shop-in-shop. “They’ve done the heavy lifting: They have not asked us to finance the promotion, they’ve thrown dinners,” she says. “Direct-to-consumer is obviously something that has to be thought out. We will do it at some point, but it has been nice to see the brand organically grow and have these wholesalers support it in this way.”

It has been nice to see the brand organically grow and have these wholesalers support it in this way.

Co has also managed to reach a certain level of success without pulling the traditional PR levers, only hiring its first agency, Bismarck Phillips Communications and Media, in late 2016. Before that, Kern and Danan handled the scheduling of press appointments and building relationships with influencers and editors, including this reporter, themselves.

Co also abstains from New York Fashion Week, and celebrity placements have generally been grown organically with friends of the brand, like Marisa Tomei, not only partnering with Co on its short films, but also wearing their clothes for public appearances.

“In the beginning, we were making two collections a year, so that gave us a lot more free time to develop the films in a really thoughtful approach that was a more filmmaking approach than fashion approach,” Danan says. While the films ran on Style.com, they also showed up in places like Funny or Die and were submitted to film festivals.

Whether or not those films resulted in actual conversion is unclear, but “those are great reels to send to buyers,” Kern says. “It was a way to attract stores.”

To be sure, Danan and Kern will need to continue to evaluate their approach to the Four Ps in order to sustain growth: Increasing competition, the dire circumstances facing American department stores and multi-brand retail, and an ever-changing consumer sentiment will not make it easy for the company reach the next level. However, closely monitoring the “marketing mix” will help. “Today, everything can be researched online and everything is available online, so it’s important that they be able to offer unique product,” Burke says. “While the customer is demanding about price, if you can hit the right price in whatever market you’re in, then there is opportunity.”