At the #BoF500 Gala in Paris, Inclusivity Takes Centre Stage

Naomi Campbell, Adut Akech, Pierpaolo Piccioli, Karen Elson and other industry leaders from around the world celebrated the #BoF500 and inclusivity during Paris Fashion Week.
By
01 October 2019
In Partnership With

PARIS, France — "Inclusivity means, like, now. It means everything that's happening right now in the market…. It's not an option anymore, it should be a requirement," said Instagram's Head of Fashion Partnerships Eva Chen at the BoF500 gala on Monday night. "My deepest hope is that it's not a trend and it's just the way that the entire industry is moving," she added.

The fashion industry’s top designers, executives and editors were joined by entrepreneurs, models and activists at the Hôtel de Ville in Paris for the seventh annual #BoF500 Gala to celebrate the people shaping the global fashion industry, presented in partnership with JHSF.

Each year since 2013, BoF has been sourcing and discovering new names to add to a community of people shaping the global fashion industry based on nominations from existing BoF 500 members. From business titans to disruptive entrepreneurs, behind-the-scenes catalysts who spot the industry's top talents to innovative retailers connecting with consumers in new channels, the BoF 500 invites each of these exceptional talents to join the community, giving them the recognition they deserve and a chance to connect with each other.

It was an evening of optimism, celebration and conversation between old friends and new connections. Attendees included Carine Roitfeld, Rick Owens, Angelica Cheung, Anok Yai, Alton Mason, Maisie Williams, Emma Grede, Jillian Mercado, Paloma Elsesser, Marine Serre, Hanne Gaby Odiele, Pierpaolo Piccioli and Marco Bizzarri. Together, they hailed from more than 25 countries and came from as far away as Brazil, India and China, as well as the UK, France and Italy.

After a cocktail reception held in the ornate Salle des Fêtes, built according to plans copying the famous Hall of Mirrors at the Château de Versailles, guests were treated to performances from new #BoF500 member and print issue cover star Chika Oranika, gospel choir Voice2gether and break dancers. Guests including Campbell, Akech and Mason danced together late into the night to music from DJ Jodie Harsh and DJ Wolf.

"It's grandiose, isn't it, you can really stretch in it!" said model and BoF 500 member Anna Cleveland of the venue.

The scene at #BoF500 gala | Source: Getty Images for The Business of Fashion

With so much tumult in the fashion world, as an industry founded on perceived exclusivity struggles to become more inclusive, the gala was a celebration of positive momentum on the issue. This was also the focus of BoF’s latest special print issue — covered by Dapper Dan, Piccioli and Akech and Chika — which was released for the first time at the event.

On why inclusion is such a vital topic of conversation for fashion to continue to focus on, BoF Founder and Chief Executive Imran Amed spoke of errors the industry has made in making everyone feel welcome. "We decided to focus the entire issue that we are releasing tonight on inclusion. Our key lesson is that it’s not enough to include diverse faces in ad campaigns and runway shows. We need to get into the inner workings of the industry and change the way decisions are made. It’s the only way we can make everybody feel welcome.”

Members of the BoF 500 agreed.

"Inclusivity means human," said Piccioli. "Fashion has always been a mirror of society. We designers are witnesses of our times." Of his fellow cover star Adut Akech, Piccioli added: "[She] embodies a Roman brand. That means fashion today."

Other guests spoke of the optimism offered by the next generation when it comes to inclusivity. “I think there is already a lot of work done and that's good but it would be nice if it felt more natural because sometimes it seems a little forced,” said Carine Roitfeld. “I think the new generation is smarter than us and doesn't have to think about it.”

"All of us can really make a big difference," said Balenciaga Chief Executive Cédric Charbit. "Yesterday the show at Balenciaga, the average age was 28. I am very proud of this. The questions of yesterday are no longer on the table. I have a lot of hope."

"We had the first non-binary gender bride in couture this season, which I was so happy about," said Schiaparelli artistic director Daniel Roseberry, a new member of the BoF500 community. Still, he added, "there are so many landmarks to have."

With this year's list, BoF has introduced an important change. Instead of removing names each year to make room for new talents, 100 new members will be added to the BoF 500 each cycle, resulting in a growing community of changemakers. It is a move that many attendees jokingly suggested reinforced the inclusive message: "that's a step forward into inclusivity because limiting to 500 is quite an exclusive thing," joked Alexa Chung.

Alexa Chung | Source: Getty Images for The Business of Fashion

Chung struck a more serious note on the importance for the industry to continue the conversation around inclusivity and diversity: “I guess for designers to always think about it from body shapes, different age groups, races, it’s already happening.”

LVMH's Chief Digital Officer Ian Rogers agreed that for fashion to fully engage with inclusivity, change needs to start before people enter the industry: "From my perspective, the work has to start before you start hiring, [in] high school, getting women, minorities," but support needs to be offered on merit, and not through tokenism.

Guests also reflected on what it means to be in the BoF 500. “It gives you a voice in the industry. It’s important for us, we are young. It gives you energy,” said designer Marine Serre, who made the BoF 500 list in 2018.

The event was also an opportunity for Amed to announce BoF's new project to draft a commitment about inclusion in fashion for meaningful change. BoF enlisted the support of inclusivity champions from the BoF 500 community including Chen, Adwoa Aboah, Halima Aden, Karen Elson, Prabal Gurung, Lindsay Peoples Wagner, James Scully and Jason Wu.

On September 30th, BoF hosted the #BoF500 Gala in Paris in partnership with JHSF, Facebook and Tmall. 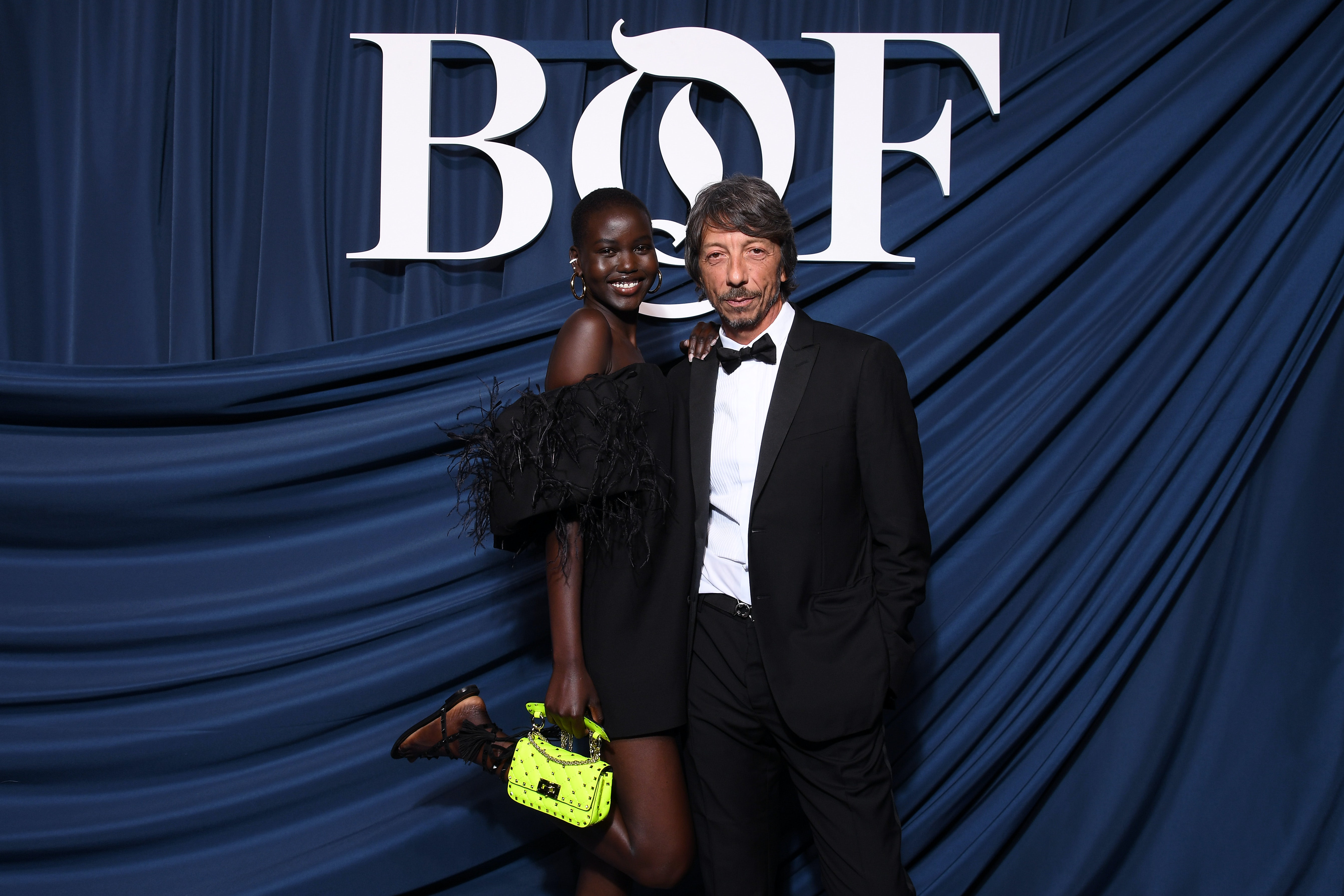 Adut Akech and Pierpaolo Piccioli | Source: Getty Images for The Business of Fashion 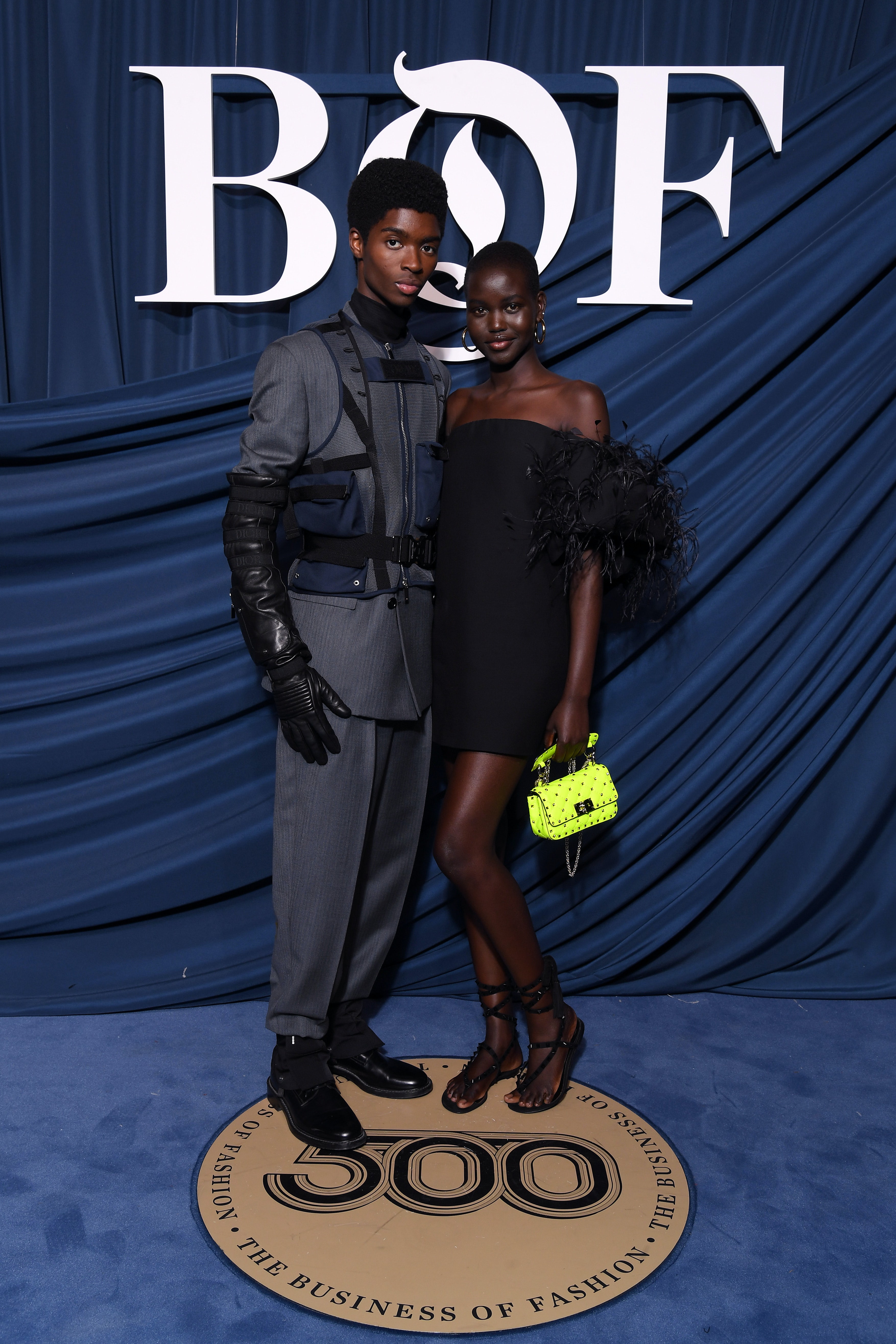 Alton Mason and Adut Akech | Source: Getty Images for The Business of Fashion 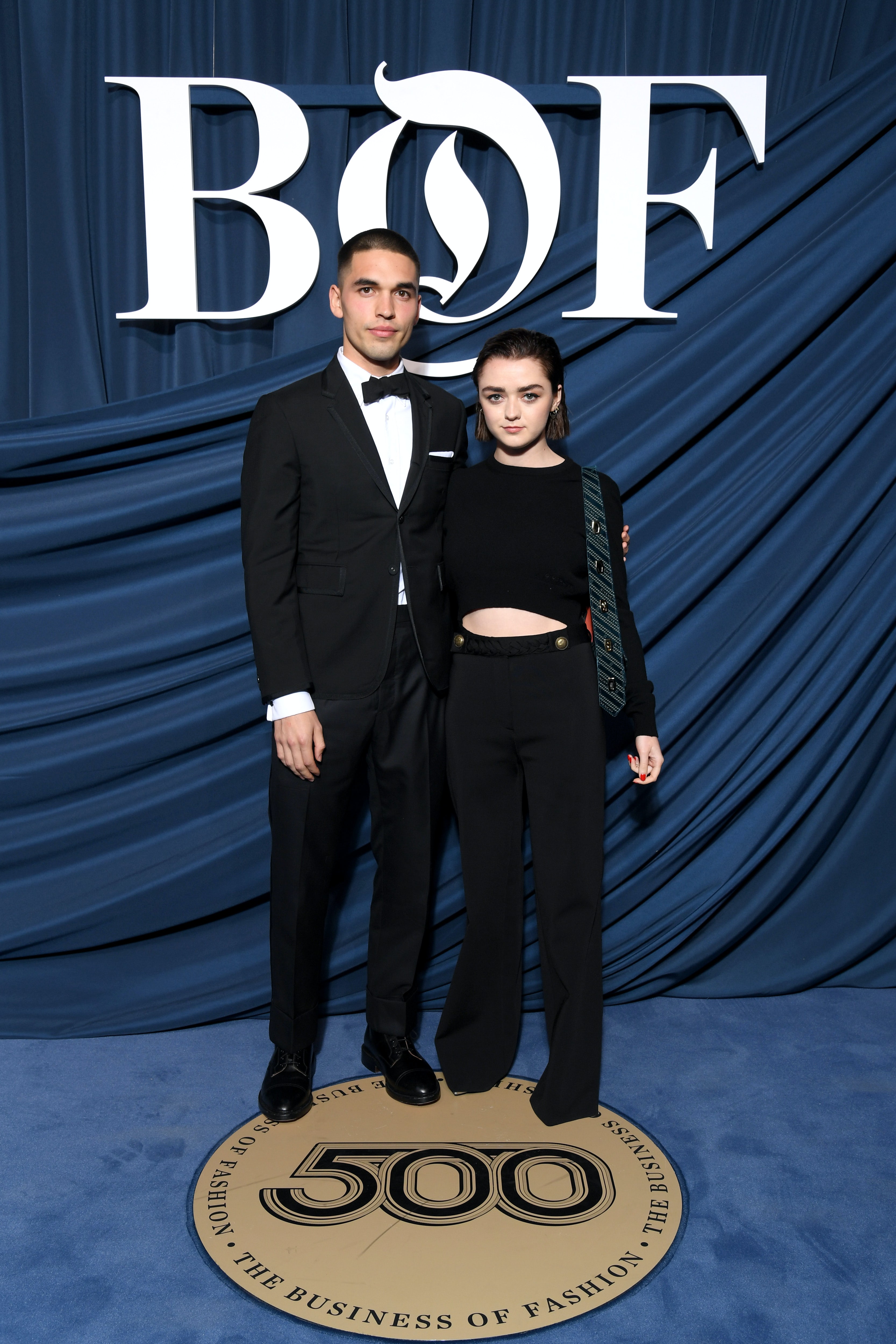 Reuben Selby and Maisie Williams | Source: Getty Images for The Business of Fashion 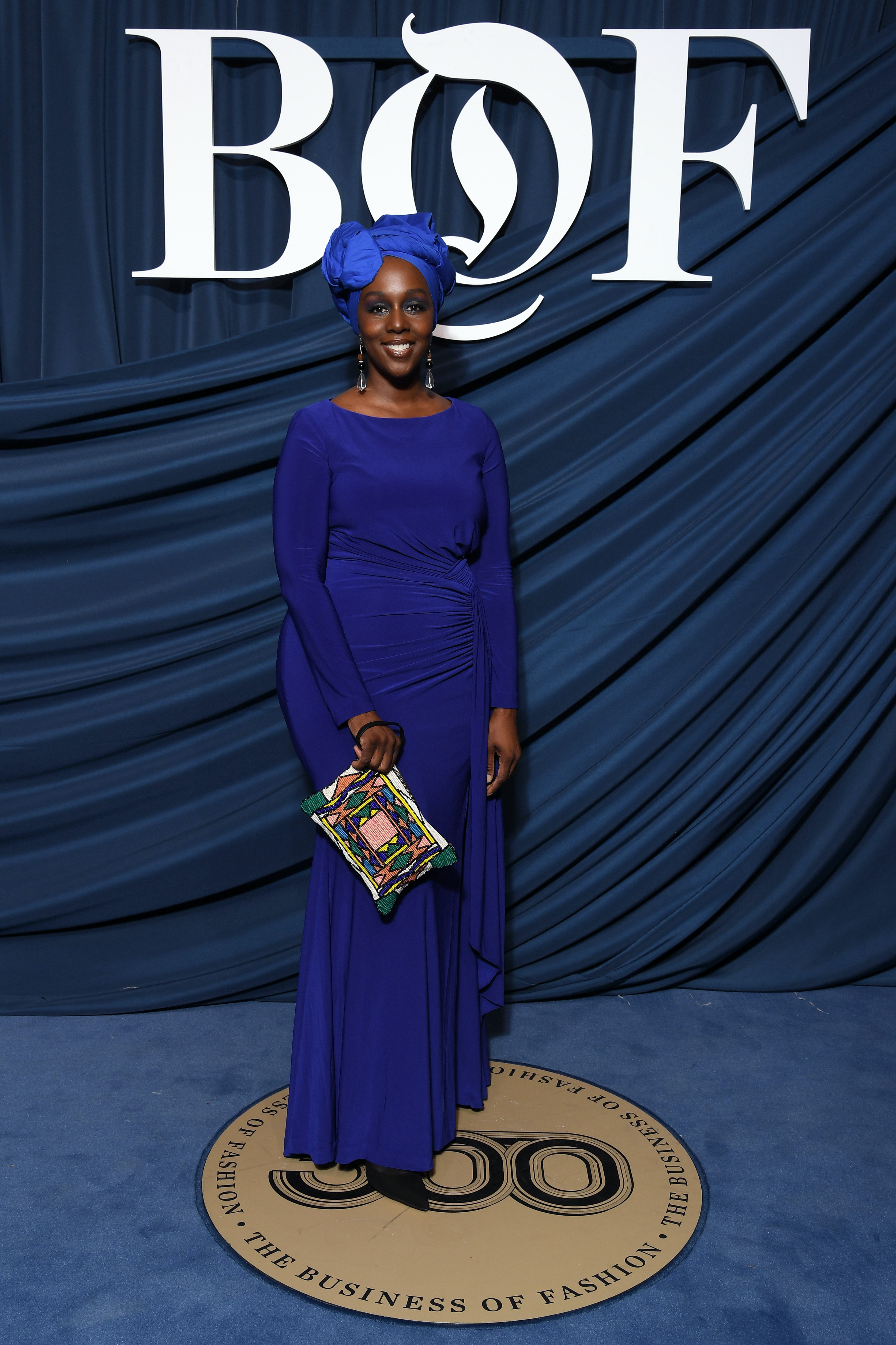 Stephanie Thomas | Source: Getty Images for The Business of Fashion 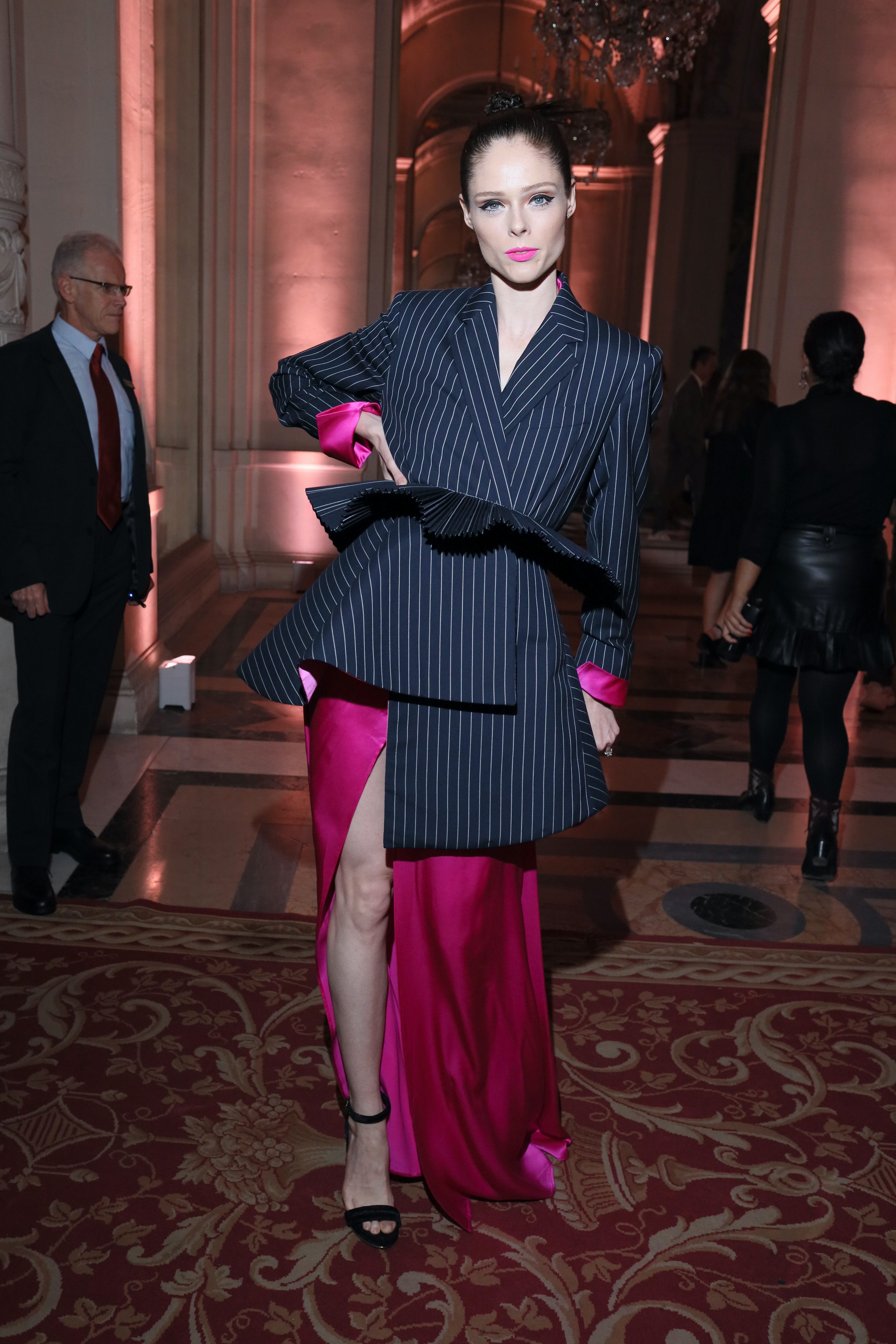 Coco Rocha | Source: Getty Images for The Business of Fashion 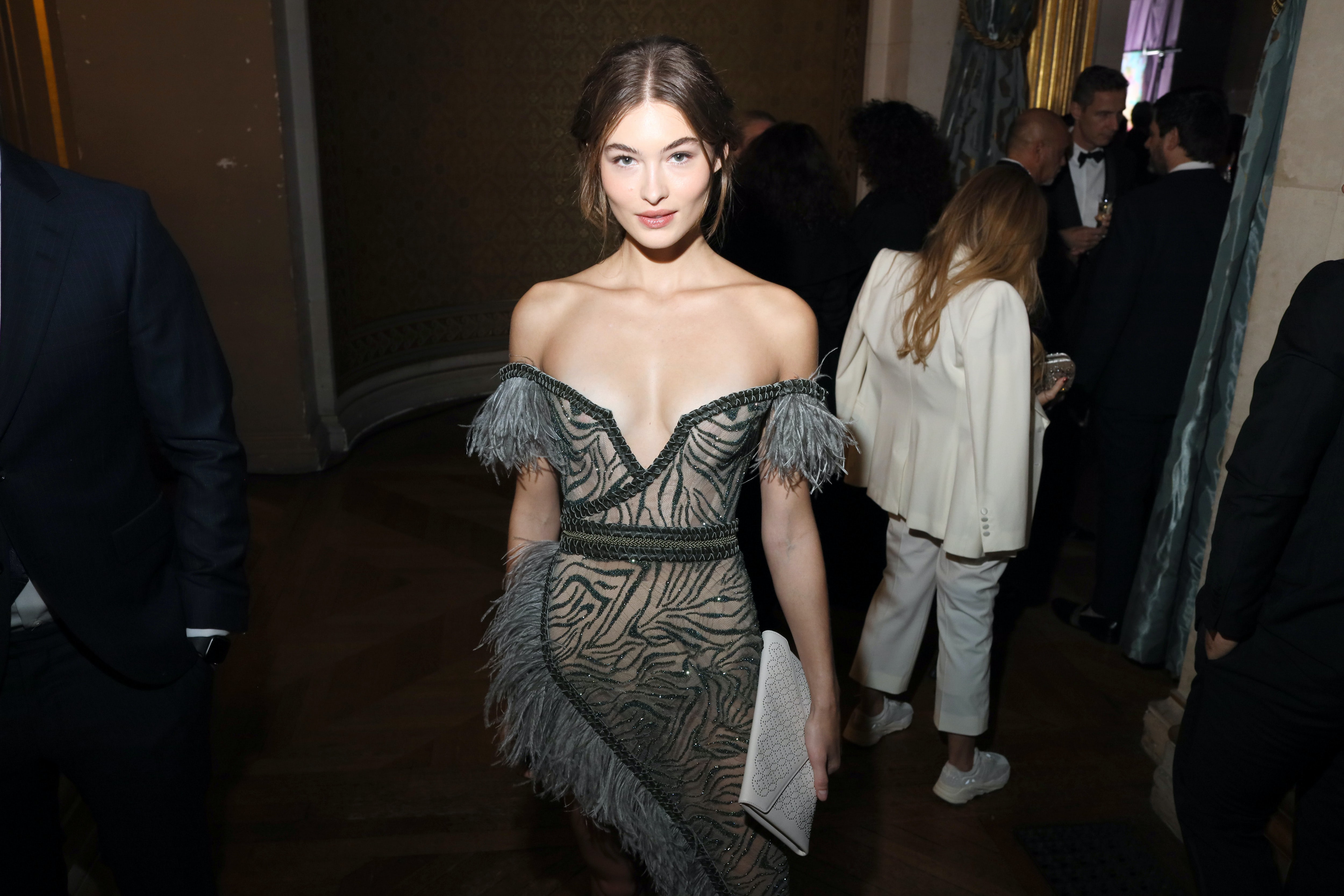 Grace Elizabeth | Source: Getty Images for The Business of Fashion Carine Roitfeld | Getty Images for The Business of Fashion The gospel choir of Voice2gether | Source: Getty Images for The Business of Fashion 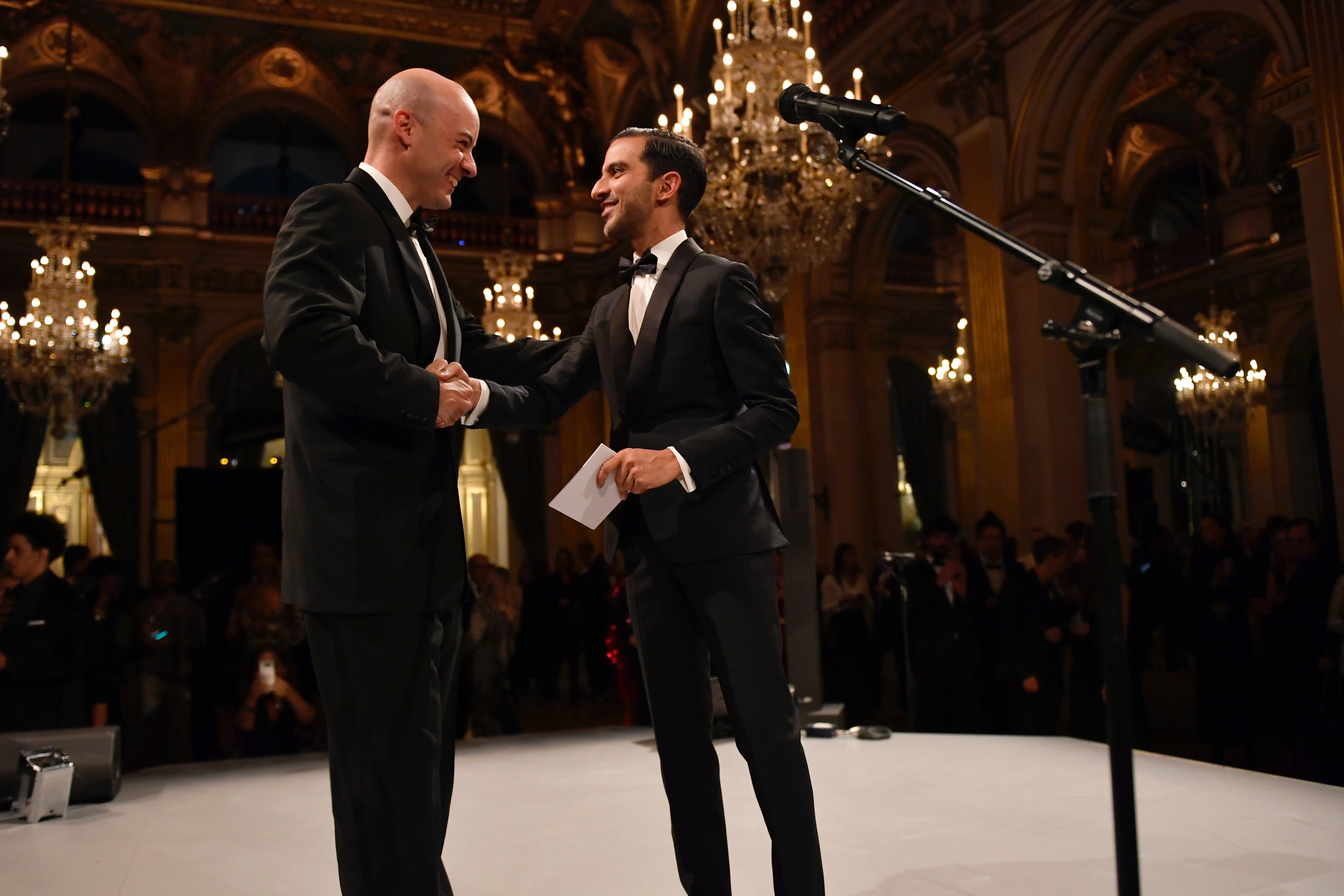 Jose Auriemo and Imran Amed | Source: Getty Images for The Business of Fashion Chika performs at the #BoF500 gala | Source: Getty Images for The Business of Fashion Dapper Dan | Source: Getty Images for The Business of Fashion

In This Article
Topics
People
Tags

More from News & Analysis
Fashion News, Analysis and Business Intelligence from the leading digital authority on the global fashion industry.

The 10 Themes That Will Define the Fashion Agenda in 2023

The 10 themes in The State of Fashion 2023, the authoritative annual report from The Business of Fashion and McKinsey & Company, highlight how businesses can deploy realistic yet bold strategies to drive growth, even amid challenging times.

The women’s rights activist and Nobel Peace Prize winner spoke with BoF’s Imran Amed about education, growing up as an activist and the evolution of her own activism at BoF VOICES 2022.

BoF’s Imran Amed and McKinsey’s Achim Berg unpack what opportunities and challenges businesses should be on the lookout for in 2023.

The BoF Podcast | The Best of VOICES

Tim Blanks sits down with Ziad Ahmed, chief executive of JUV Consulting and Stephanie Simon, the former head of community at Clubhouse to reflect on VOICES.