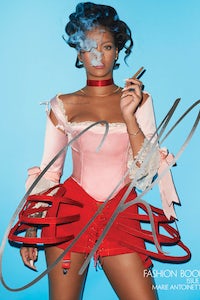 NEW YORK, United States — Carine Roitfeld is deepening her partnership with Hearst, with which she has worked as global fashion director of Harper’s Bazaar since 2012. The media giant will host Roitfeld's CRFashionBook.com on its publishing platform, MediaOS, and oversee distribution and digital advertising. 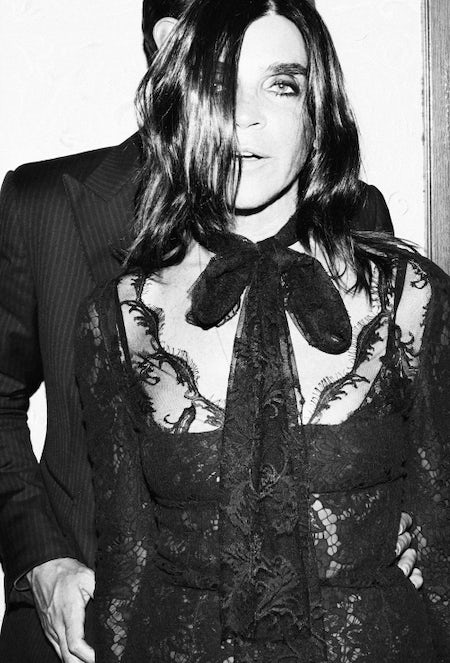 While all editorial content for both print and digital channels will continue to be produced by CR Fashion Book’s own editorial staff under editor-in-chief Roitfeld, Hearst will take on the task of monetising the title's digital and social media content and syndicate it across Hearst Magazines' digital portfolio.

Hearst has a similar agreement with Lenny, the newsletter launched by Lena Dunham and Jenni Konner in 2015: LennyLetter.com is hosted by MediaOS and Hearst has exclusive rights to monetize the content, which is also syndicated across its portfolio of sites.

In addition, CR Fashion Book will enlist PubWorX, a 50/50 joint venture between Hearst and Condé Nast, to execute the printing and distribution of the biannual title. The competing media companies formed PubWorX as an independent entity in February to consolidate their back-office functions — such as paper procurement and newsstand distribution — and offer those services to third-party clients, especially medium-sized publishers, while also leveraging their combined market share to pool resources and streamline costs as the business of print publishing continues to decline.

“I love working with the editors and executives at Hearst Magazines; I trust them and they trust me,” Roitfeld said. “I have the freedom to express myself creatively and reach tens of millions of readers around the world in Harper’s Bazaar, and now I have found a home where CR Fashion Book can continue grow and thrive, both in print and online.”

“Carine’s personal style and vision are so uniquely Carine, and she is a star across every medium,” said Troy Young, president of Hearst Magazines Digital Media. “Now, we will extend CR Fashion Book to even more passionate fashion followers, across all digital platforms. With Carine as part of our fashion and luxury portfolio, we are truly unbeatable.”

The new deal brings Roitfeld further into the Hearst fold and further aligns the interests of the publisher and its star editor. What's more, Hearst stands to gain an influential and prestigious media brand that will appeal to advertisers who are increasingly interested in niche titles.

In a challenging media environment, Roitfeld will also surely benefit from the support of a major player. Indeed, by deepening her ties to Hearst, she will gain access to the company's sizable digital audience, which hit a record 192 million unique visitors in October 2016, up 32 percent from the previous year. The site will also benefit from the company’s editorial services.

In September, Roitfeld told CNN that CR Fashion Book needed to build a bigger online presence to survive. “This is where my magazine has room to grow,” she said. “Now I'm thinking about the future, and I'm thinking big. I would love to have a legacy, something I can pass on to my daughter, my granddaughter; something that can stay forever."

Roitfeld also told CNN that she is considering increasing the frequency of CR Fashion Book's print editions and decreasing the number of pages in each issue, or publishing CR Men’s Book (launched as a supplement in 2015) as a standalone publication. The September 2016 edition included 173 advertisements, compared with 156 in the 2012 debut issue. The publication has had a global monthly circulation of 65,000.

"The title has been profitable since 2012 when it was launched," said Garcia. "The challenges that always faced the title were monetizing digital and taking print broader. With the new partnership, we know we are poised for growth. Buying into the site will be optimized, as you can buy across the other Hearst titles for more visibility, which is what brands want."

“Carine is a global fashion force, and our partnership has been extremely successful over the past four years,” added Hearst Magazines president David Carey. “Carine’s role at Harper’s Bazaar has been a model for our company, and we are very pleased to extend our relationship to include her personal media brand, CR Fashion Book, in print through PubWorX, our joint venture with Condé Nast, and online, via our MediaOS platform.”

Stephen Gan: ‘Young People Are Too in Love With Magazines to Think Print Will Die’