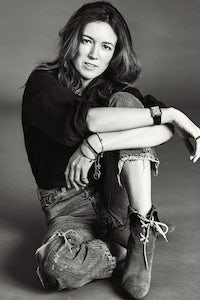 PARIS, France — Chloé has confirmed the exit of creative director Clare Waight Keller, whose Autumn/Winter 2017 collection, her final for the house, will be shown at Paris Fashion Week on March 2.

“Clare has been a remarkable partner at Chloé over the past six years,” Chloé president Geoffroy De La Bourdonnaye said in a statement released exclusively to The Business of Fashion. “She helped rejuvenate the legacy of Gaby Aghion, the first ever Chloé girl, by infusing a cool and easy breeze into the Chloé wardrobe, effortlessly mixing graceful and feminine ‘flou’ with a free-wheeling and boyish take on tailoring. Clare has a unique talent in directing a large studio of strong creatives. I would like to personally thank Clare for her loyalty and dedication to Chloé.”

The brand, which is owned by Swiss luxury goods conglomerate Richemont, says Waight Keller’s exit was a mutual decision between the company and the British-born designer, who recently moved her family from Paris to the United Kingdom. 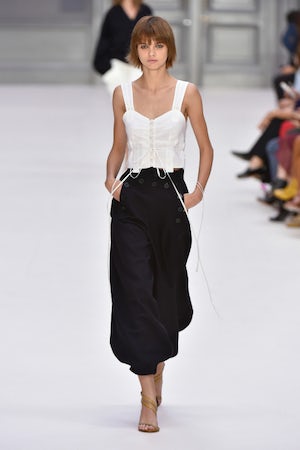 “After six extraordinary years at Chloé I would like to thank Geoffroy and all my colleagues for their enormous efforts over the past years,” Waight Keller said in a statement. “Working for this maison has been one of the most rewarding experiences of my career. Chloé is a brand with values close to my heart and I have truly enjoyed working with some of the best talents in the industry. I feel privileged to have worked for a maison with such a heritage and I am very proud of all that has been achieved.”

A successor to Waight Keller has not been named, and Chloé declined to comment on rumours that she will be replaced by Natacha Ramsay-Levi, a longtime right-hand to Louis Vuitton women’s artistic director Nicolas Ghesquière. Ramsay-Levi, whose title at Louis Vuitton is senior director, is known for her work on Ghesquière’s pre-collections at Balenciaga, where he was at the creative helm for 15 years.

If Ramsay-Levi does indeed replace Waight Keller, her experience designing commercial clothes will be crucial. Like predecessors Stella McCartney and Phoebe Philo, Waight Keller’s early success was in her ability to deliver wearable, desirable garments — and perhaps most importantly, high-margin shoes and handbags — that moved at retail.

Waight Keller may have referenced Chloé founder Gaby Aghion more than any other creative director before her besides Karl Lagerfeld, who worked alongside Aghion. Her most recognisable pieces — scalloped-edge dresses and shoes, and ribbed saddle bags — were emblematic of her easy 1970s-inspired, feminine style, which was also on full display in the 70 marble-accented boutiques that were renovated in collaboration with architect Joseph Dirand during her tenure.

The Duo Taking Chloé to ‘Another Level’