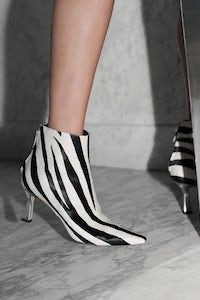 AMSTERDAM, The Netherlands — When Elza Wandler launched her namesake Dutch bag brand Wandler in 2017, little did she know that the label would almost instantly achieve cult popularity and secure 15 top stockists from Net-a-Porter to MatchesFashion.com in its first season, thanks to its competitive pricing, luxury quality and recognisable sculptural designs, now often spotted on the arm of industry insiders in street style images.

Fast forward two years later, with over 100 stockists worldwide, Wandler is ready for its next stage of growth with the launch of a new category: footwear. Speaking to BoF, Wandler said she had always wanted to create shoes — and now was the right time. “With how our bags have evolved after three seasons, it felt like a good moment to show another side of my creativity and ride that wave now.”

Priced between €375 and €1,000 (about $428 to $1,140), Wandler said the shoes will carry the same qualities as her handbags: “High quality leather, made in Italy with Italian lamb, goat or calf. Clean structured silhouettes with a feminine attitude,” she explained. “It’s luxury at a fair and reasonable price point.” The collection will launch with a handful of global retailers, including Net-a-Porter, Browns, MatchesFashion, MyTheresa, Bergdorf Goodman, Moda Operandi, Lane Crawford and De Bijenkorf. 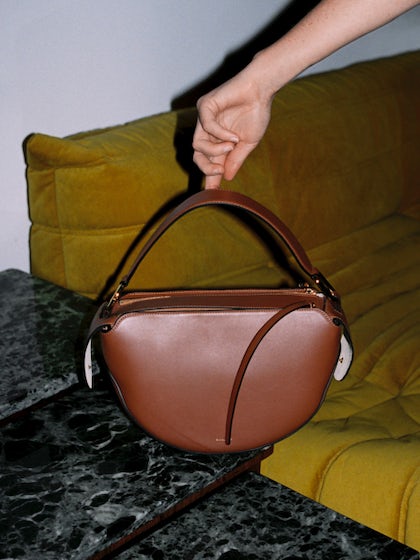 It was Elizabeth von der Goltz, global buying director at Net-a-Porter, who observed that "customers were basing their love for a bag on its aesthetic, as opposed to its branding" and it was Wandler's designs — "each piece spoke for itself" — that appealed to her. As a result, the online luxury retailer sold "thousands of units" in its first season. In April, it will stock two exclusive styles from the brand. "Much like their bags, the shoes are chic, elevated and available at a sharp price point," she said.

Based in Amsterdam with a full-time team of six, Wandler’s early success was due to the exposure it received thanks to influencers like Camille Charrière and Linda Tol, who quickly made it an “It” brand on Instagram. With a predominantly wholesale business, it’s part of a wave of Instagram-famous bag brands like Danse Lente and Staud that have become popular for their sculptural shapes and offbeat touches, and were among Net-a-Porter’s top 10 best performers in the contemporary bag category in 2018.

The move into shoes has not been uncommon among its peers: Mansur Gavriel — best known for its mania-generating bucket bag, first launched in 2013 — introduced footwear in 2016, followed by ready-to-wear a year later. Meanwhile, Manu Atelier, whose handbags became an overnight success thanks to Eva Chen's post of its “Pristine” bag on Instagram, will present its first footwear collection during Paris Fashion Week in February 2019.

There’s certainly opportunity: In 2018, global footwear sales grew between 3 to 4 percent while handbags and luggage grew between 4.5 to 5.5 percent, according to The State of Fashion 2018 report co-authored by BoF and McKinsey & Company. For Spring/Summer 2019 Wandler is also introducing new styles like the “Yara” bag, which comes in a boxy half-moon shape. Looking ahead, the designer said that “solidifying our presence at its existing stockists” and “sustainably scaling our wholesale partners” was a key priority.