The Business of Fashion is proud to present the 2019 edition of the #BoF500 in partnership with JHSF.

LONDON, United Kingdom — There is no doubt that #BoF500 cover star Adut Akech is currently one of the top fashion models in the world and has become one of our industry’s most recognisable faces. This September alone, Adut has graced the cover of five international editions of Vogue — in the UK, Italy, Germany, Australia and Japan. But just as we were closing our issue, the South Sudan-born Adut took to Instagram to share her frustrations after Australian magazine Who published an article about her using a full-page photo of another black model, Flavia Lazarus, to illustrate the story.

“Not only do I personally feel insulted and disrespected, but I feel like my entire race has been disrespected too,” she wrote. “It goes to show that people are very ignorant and narrow-minded that they think every black girl looks the same.” That the article was focused on Adut’s experience with racism as a refugee who moved to Australia from Kenya made this blunder even worse. 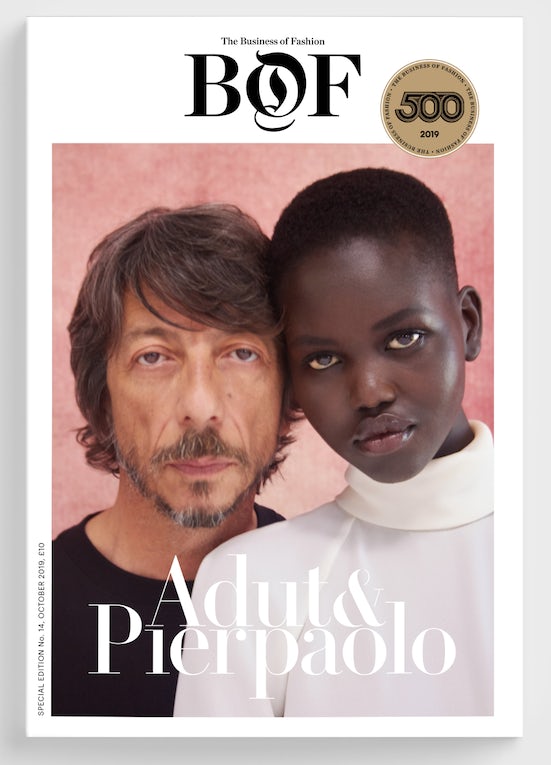 The sad truth is that people like Adut still regularly face this kind of discrimination in fashion. We put diverse faces on our covers and in our campaigns, but still find a way of making them feel unwelcome. In 2015, inclusion expert Verna Myers said, “Diversity is being invited to the party. Inclusion is being asked to dance.” So, how can we bring this important principle into the fashion industry, which has embraced the concept of diversity but is still struggling to make inclusion a reality?

When I meet with industry leaders and executives, they seem to have the best of intentions. They genuinely want to be more inclusive and understand they need to do this to connect with new generations. They want their employees to bring their authentic selves to the workplace in order to foster an open and innovative culture and be able to attract and retain the best talent. And they want to be more connected to how culture is shifting to keep up with the times — but despite their efforts, many fashion companies are still missing the mark.

This may not come as a surprise for an industry which, in part, has been built on cultivating a perception of exclusivity in order to create aspiration and desire. But with culture shifting around us, the rules are being rewritten when it comes to how we address customers of different races, genders, sexualities and abilities.

It is not enough to include diverse faces in our consumer-facing ad campaigns and runway shows, and to hire chief diversity and inclusion officers. We actually need to do the difficult work of enacting cultural change and making people feel welcome and included in the inner workings of the industry itself. Too often, when we think about inclusion, it is only at the surface, without a deeper understanding of the issues at play and the history of what has come before.

The business rationale and PR risk of getting this wrong is real. Indeed, over the past year, every month it seems another brand put out a product, advertising campaign or statement that some customers found deeply offensive, leading some of them to burn their products, organise boycotts and create social media campaigns to call out the brands publicly. 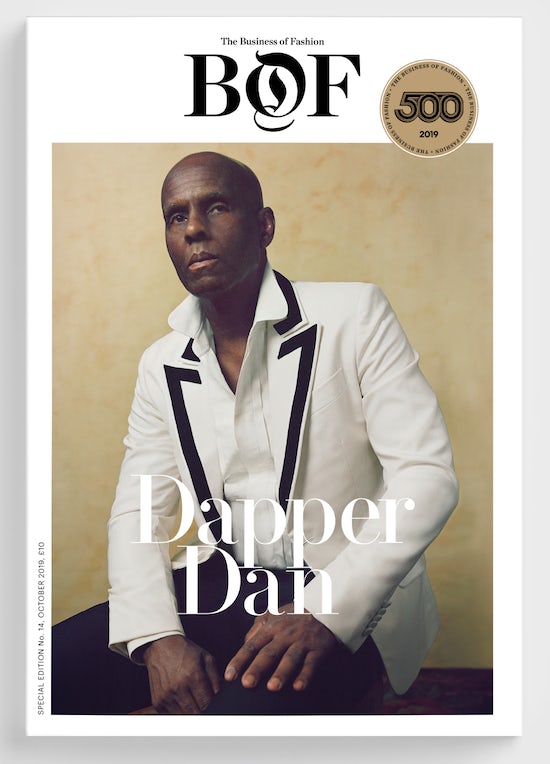 For several months now, the BoF team has been working hard to understand how we as an industry can do better. And this entire issue is focused on how we can better understand inclusion and embed this in our products, creative output, hiring and communications.

Take Gucci, the industry’s top-performing major brand for a number of years, which had been riding a wave of success and registering blistering growth in revenues and profits. Part of the company’s stated communications strategy was actually to be more inclusive, catering to all types of people. But earlier this year, Gucci found itself engulfed in an escalating PR crisis when social media users began posting photos of a Gucci balaclava jumper that resembled blackface, which is widely deemed racist.

Gucci’s Chief Executive Marco Bizzarri apologised and quickly outlined a list of actions, including the creation of a diversity council helmed by our second cover star, the legendary African American designer Dapper Dan. In an exclusive, in-depth story with unprecedented access to Gucci and how it responded to the crisis, our chief correspondent in New York, Lauren Sherman, met with Dapper Dan and spoke to Gucci executives to learn how they are turning the crisis into a learning moment for the entire company — and the wider industry.

One company that has embedded diversity into its creative vision is Valentino, where creative director Pierpaolo Piccioli has radically shifted his casting strategy towards black models like Adut, in part as an aesthetic riposte to the growing xenophobia and racism in his native Italy, and in part to modernise the perception of his couture in the market. Valentino couture shows — once the ultimate bastion of white privilege — are now a celebration of black beauty.

As our editor-at-large Tim Blanks learned in his conversation on the day of our cover shoot with Pierpaolo and Adut, just after another blockbuster Valentino couture show, their blossoming relationship between designer and model has now led to Adut becoming the face of Valentino’s new fragrance. She joins a very short list of black models who have fronted a major fragrance campaign, something that beauty marketers continue to see as a risky move. Pierpaolo disagrees. “Change the face and you change the perception of people more than any slogan,” he said. 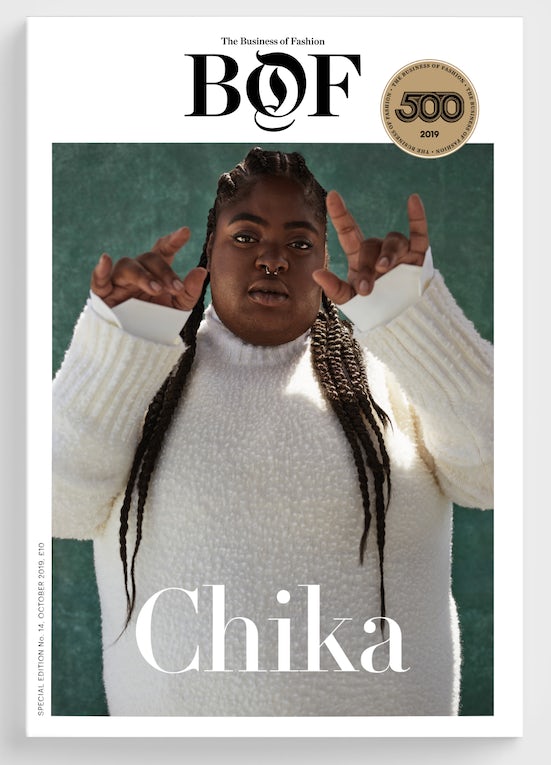 And for our third cover story I had the opportunity to meet the breakout rapper Chika, a self-described “big, black, gay, vocal" girl who has caught the attention of music heavyweights, political crusaders and the fashion industry alike through her poetic and activism-imbued freestyle rhymes. Chika first came to renown in April 2018 after posting a freestyle rap to Instagram, criticising Kanye West for his support of populist American president Donald Trump. Since then, she has built a loyal following and fronted a campaign for Calvin Klein underwear. Over an August weekend in Los Angeles, Chika shared her thoughts on the civil rights movement, black history and fashion’s attempts at inclusivity — and what the sector needs to do to connect with a woke Generation Z.

Our latest issue also has stories on how to create an inclusive workplace, the business of queer casting and a series of opinionated essays from industry experts on how fashion is addressing diversity and inclusion. And of course, this issue also contains our seventh annual #BoF500, an index of the people shaping the global fashion industry which will be unveiled in Paris on September 30 at our annual BoF500 gala. With the input of our global #BoF500 community, we have added 100 new names to our collection of executives, entrepreneurs and creatives to watch, many of whom are the people pushing fashion’s inclusivity agenda forward.

On September 30th, BoF will host the #BoF500 Gala in Paris in partnership with JHSF, Facebook and Tmall.