Editor-in-chief Stephen Gan talks about the model's new portfolio, independent publishing and his vision for the future. 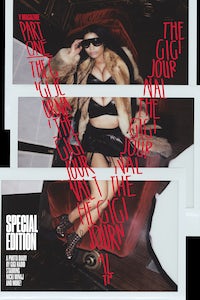 Editor-in-chief Stephen Gan talks about the model's new portfolio, independent publishing and his vision for the future.

NEW YORK, United States — “I’ve made it my lifelong calling to be in publishing in order to give photographers, musicians, models and artists a platform,” said Stephen Gan from the offices of V Magazine on Mercer Street in New York’s Soho. The editor-in-chief flipped through the first copy of a special supplement entitled “Gigi’s Journal,” fronted by a reclining Nicki Minaj rendered in three-layered Polaroid prints shot by supermodel-of-the-moment and Instagram star Gigi Hadid. Inside, images of Karl Lagerfeld, Alessandro Michele and the late Franca Sozzani fill pages dotted with Hadid’s handwriting. “You’re almost like a radio station that has to give artists airplay: the magazine was always that microphone to the world,” said Gan.

Hadid, who credits Gan with launching her modeling career, started taking photographs as a child. She was already casually shooting Polaroids backstage during fashion month last autumn, a project she described as a “creative saviour for myself,” when she spoke to Gan about working together on a portfolio of photography for V. “When you think of what she represents in this digital era, when you have someone like that saying, 'I love the idea of there being only one original print to this image as opposed to a digital file,' that’s a paradox, right?” explained Gan. “As young as she is, she has conviction about things. That’s rare.”

Hadid’s portfolio includes images of young actresses such as Jemima Kirke and Sasha Lane, as well as photographers Inez & Vinoodh and Patrick Demarchelier. "Everyone wanted to be directed more than I thought they would, which was obviously intimidating in the beginning," said Hadid. "I wanted to show them in a space or in a way that I see them."

“Gigi’s Journal” will hit newsstands on May 1st as part of the summer 2017 issue of V Magazine, featuring Cara Delevingne and Dane Dehaan on the cover. Much like Hedi Slimane’s New York Diary supplement for the magazine, the latest of which was released in March, the insert is also available for purchase separately. Hadid will produce a second and final edition in the autumn.

You’re almost like a radio station that has to give artists airplay and the magazine was always that sort of microphone to the world.

It’s all part of Gan’s current fascination with what he calls “pop-up publishing” or timely projects with external collaborators that he says reflect the current zeitgeist. “If I stumbled upon a good idea, I could get it published and get it out there and get that thought out to the world, and then quickly move on to something else,” said Gan. “These sort of projects, like the Gigi Journal, can happen more frequently and at a more rapid pace.” 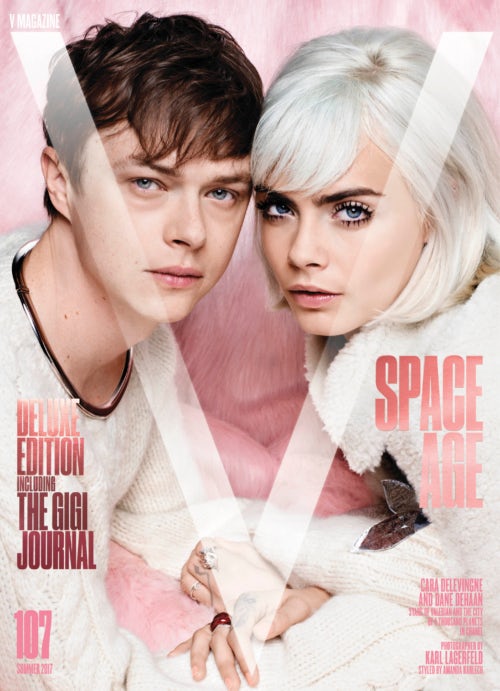 This kind of flexibility has been a key component of Gan’s publishing strategy since he started V Magazine in 1999 and the editor remains focused on this approach as his independent media company Fashion Media Group enters a new chapter. (In October, it concluded its licensing relationship with Carine Roitfeld and CR Fashion Book, which launched in 2012, when she reacquired the license and forged a digital partnership with Hearst Digital Media. Gan has also since parted ways with advertising director Jorge Garcia.)

“CR made very good money from the first issue onwards, and it was a very rare thing,” said Gan. “The climate five years ago was not very different from the climate that we’re in today, and it took a huge gamble and it took a huge risk, but it was a success story from issue one … And because I’ve learned from that situation, I am able to use that formula in order to launch other magazines when I feel like it’s the right time or I’ve met the right person.”

“I don’t regret investing in someone, giving someone a platform in order for them to do what they want to do,” he continued. “And it’s something that I would do over and over again.”

In the meantime, Gan is not shifting V Magazine’s business model. “I feel quite stable with everything that’s in place right now,” he said, adding that the team is “full speed ahead” on both print and digital content, though he is not growing his digital team at the moment. “As the numbers grow digitally and [if] advertisers honestly were to allocate more spending on the digital front, then naturally that means you’ll get funding for your digital coverage to grow, it’s a very simple equation,” said Gan. “Print is still really important. I feel like even for photographers, a lot of the big names … getting them to do something purely for the website only is a nut that still hasn’t been cracked.”

“I don’t feel like I’m going anywhere,” he added. “I am going to be here. There are great voices that need to be heard.”

Stephen Gan: ‘Young People Are Too in Love With Magazines to Think Print Will Die’