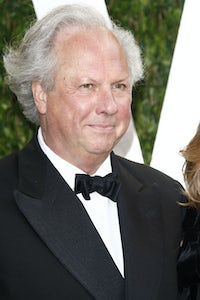 NEW YORK, United States — Graydon Carter is to step down as editor of Vanity Fair after 25 years at the helm, Condé Nast announced Thursday.

In a press release, Carter, 68, said, “I’ve loved every moment of my time here and I’ve pretty much accomplished everything I’ve ever wanted to do. I’m now eager to try out this ‘third act’ thing that my contemporaries have been telling me about, and I figure I’d better get a jump on it.”

Carter will stay on long enough to oversee the planning of the 2018 edition of Vanity Fair’s Hollywood Issue, the magazine’s annual triple-gatefold-cover extravaganza that he established in 1995. He has spearheaded major issues throughout his tenure, including the 2015 "Call Me Caitlyn" cover, revealing Caitlyn Jenner for the first time as a woman. He also launched the "Africa Issue" — co-produced with guest editor Bono — which was designed to shine a light on the region and came with 20 special covers fronted by the likes of Barack Obama, Muhammad Ali and Maya Angelou.

“I’ve had the most extraordinarily talented staff, which has made my longevity in this job possible,” Carter said. “Indeed, many of the senior staff at the magazine have worked alongside me for my whole time here. We built a magazine with sophistication, wit, and an international outlook, on a bedrock of solid journalism. And Vanity Fair has been tremendously profitable. I don’t think there’s a monthly magazine anywhere with a greater reach.”

Speculation about who will replace Carter has circulated for years. Adam Moss, editor-in-chief of New York magazine, is the most frequently rumoured successor, but he is said to have turned down the position in the past. Janice Min, the former editor-in-chief of The Hollywood Reporter who moved to a strategy role at its parent company in February, is another name that gets brought up, but the glitzed-up trade publication's reported financial troubles make her a less likely successor.

Condé Nast may be inspired to think outside the box when appointing Vanity Fair’s new editor, as the New York Times recently did with its coveted Styles editor job, bringing in left-field candidate Choire Sicha to run the popular section. However, Condé Nast could just as easily pluck from its own portfolio of magazines, as it did when former NewYorker.com chief Nicholas Thompson was appointed editor-in-chief of Wired in January. The editor is a favourite at the company and would be an interesting candidate for Vanity Fair if he had not so recently started a new position.

Jim Nelson, editor-in-chief of GQ since 2003, has also been brought up as a potential successor to Carter in the past. Finally, there is Jon Kelly, the Vanity Fair editor who launched its new online vertical The Hive last year, although he may be lacking in experience. Vanity Fair runs largely in the same format in the UK market, and, like Carter, a new editor will likely need to have an eye towards British culture as well.

Throughout his time as editor, Carter has taken on a number of extra-curricular projects: he has produced several films, including the Emmy-award winning 2002 documentary "9/11" and Brett Morgen's 2006 film "The Funny Years", as well as publishing a critical review of the Bush administration, titled "What We've Lost," in 2004.