NEW YORK, United States— Alexa Remigio, a 13-year-old living in Tyler, Texas, regularly makes the 100-mile trek to the nearest Riley Rose beauty store — when she can convince someone to drive her.

She’s been shopping at the Forever 21-owned chain since she was 11, and loves testing e.l.f. Cosmetics, NYX Professional Makeup and Smashbox in-store to find the perfect shade for her complexion and skin type. For Remigio, Riley Rose ranks as her second favourite place to buy makeup, after Ulta Beauty, which has a location in Tyler.

Forever 21 needs more customers like Remigio. The fast-fashion retailer is fighting for its life. The 35-year-old company, owned by Do Won Chang and Jin Sook Chang, has hired restructuring advisors in an attempt to avoid bankruptcy and recently apologised for sending diet bars with online orders, offending some plus-size customers.

Its beauty offshoot, which opened its first store in Los Angeles in 2017 and has since expanded to 15 locations in 11 states, was once seen as a potential saviour. In January, the retailer told BoF it planned to nearly double the number of beauty stores this year, and an individual close to said the company was betting on Riley Rose supplying 10 percent of Forever 21’s sales within five years. Instead, five locations have closed and three more opened, including a “pop-in” shop in a Forever 21 flagship in Manhattan.

“Some [of] our initial real-estate decisions did not align with our go forward growth strategy so we did make the difficult decision to close five doors,” read an e-mail from a Forever 21 and Riley Rose spokeswoman.

Riley Rose’s strength — its popularity with Gen Z shoppers — is also limiting its growth. The chain carries 200 to 300 brands, almost exclusively targeting customers in their teens and early 20s, the same people who shop at Forever 21. But though young consumers are highly coveted by retailers, they also have less money to spend. Ulta and Sephora are popular with teens, but they offer more prestige products aimed at winning over their parents as well.

“If you take the segment of people that traffic Forever 21, then take the segment within that that’s willing to buy beauty from Forever 21, I don’t know if the market is big enough,” said Laura Gurski, senior managing director and global lead for Accenture’s Consumer Goods & Services practice. “I don’t know if there’s enough money in that segment to sustain a standalone retail store.” 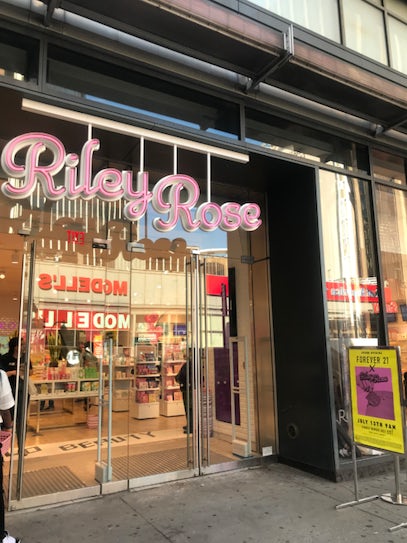 Sephora and Ulta are also much bigger than Riley Rose (Sephora has over 400 US stores and Ulta has just shy of 1,200). Their size helps them attract the hottest new brands and invest in online sales channels.

Meanwhile, Forever 21 is struggling just to keep the lights on at its roughly 800 stores, facing an onslaught of competition from Instagram brands and direct-to-consumer favourites like Fashion Nova and Dolls Kill.

Riley Rose does offer a compelling array of brands for its young customers, including hot indie labels like Lime Crime and BH Cosmetics, as well as a host of K-beauty brands. Other items, from candy and stickers to kitschy home decor items, were co-merchandised with beauty to position the retailer as a “lifestyle brand.”

“It appears to be an engaged consumer … [and] their curation is differentiated, but their biggest challenge is they’re trying to figure it out ... with a parent company that’s on the verge of bankruptcy,” said Rich Gersten, a partner at Tengram Capital Partners. The private equity firm is a majority stakeholder in Lime Crime, one of Riley Rose’s bestselling brands. “Organisationally, I don’t know what direction it’s heading in, which makes it hard for brands to commit.”

Forever 21 could take a cue from the beleaguered J. Crew, which said it was exploring a spin-off of its still growing Madewell brand by the end of the year through an initial public offering. Or Gap Inc., which in February announced it would spin Old Navy off into an independent, publicly traded company. It’s possible Forever 21 could benefit from establishing Riley Rose as a standalone entity, but to do so the latter would need its own organisational structure and leadership team, both of which are still currently shared with its parent company.

Divya Gugnani, co-founder of Wander Beauty, a colour and skincare brand that’s recently entered Riley Rose, said she remains optimistic about the future of the retailer.

There are high-touch, brick and mortar experiences that allow for playing with product with a Gen Z customer in mind. She also cited a welding of brand categories to mirror the way customers shop, whether it means carrying multiple types of products from a single brand or shelving all categories from a brand in the same place. 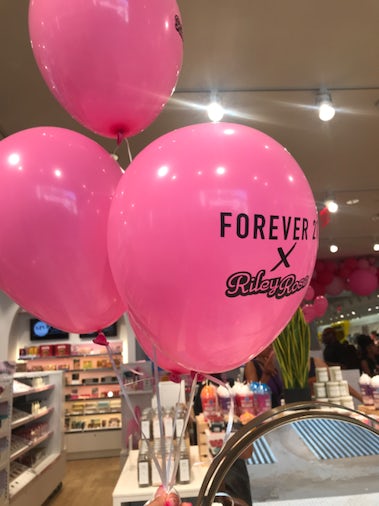 “We used to live in an environment where people were product loyal, but now brands are building such strong connections with consumers through authenticity, relatability and influencers,” Gugnani said. “I think that once you build brand loyalty, people are willing to try you in different categories.”

Because Riley Rose relies so heavily on a single demographic — Gen Z — it has little room for error, experts say. A tepid reception to a new influencer or social first colour brand at Ulta Beauty or Sephora can be offset by the success of a higher-priced skincare line favoured by Gen Xers and Baby Boomers. Riley Rose doesn’t have those fallbacks.

Gersten said Forever 21’s problems will impede the success of Riley Rose, no matter how attractive the latter might be as a retailer.

“Could it [Riley Rose] improve the company over the long turn if the company today was healthier? Maybe,” said Gersten. “Having another leg of the stool for them, from a growth perspective, given their core business wouldn’t be a bad thing. I just don’t know if they have the capital base to actually try and change it.”

In other words, beauty alone won’t save Forever 21.

Unilever and P&G turn their attention from household items to beauty. The conglomerates are investing in skincare brands such as Tatcha, which Unilever acquired for $500 million last month.

Johnson & Johnson’s baby powder might cause cancer. In a hearing that started Monday, the company faces over 14,000 lawsuits claiming the talc-based product is a carcinogen.

Sephora is investing in its top stores. Chris de Lapuente, the retailer’s chief executive, said that the top 100 doors will be renovated, reinforcing how integral the physical shopping experience is to beauty.

Clarisonic is about to get some competition. The brand’s Founder Rob Akridge, who left the company late last year, is gearing up to introduce a new hush hush device that will cost $250.

Dewy skin is in. The matte complexion consumers chased for decades —a result of powders and blotting papers — has been replaced by a desire for glowy, radiant skin.

Roshaante Anderson opens up about being intersex. The YouTuber and activist, who bared it all online after undergoing gender confirmation surgery, is creating a community for intersex people.

Goop has a new podcast. Following the launch of its men’s wellness podcast in May, a beauty podcast, The Beauty Closet, debuted this week and is hosted by Jean Godfrey-June and Megan O’Neill.

The Red Door is getting a rebrand. The Red Door Salon & Spa, famously founded by Elizabeth Arden over 100 years ago, has become Mynd, a wellness destination targeting millennials.