The stylist and creative director has issued a statement denying allegations of sexual misconduct detailed in a major exposé by The Boston Globe. 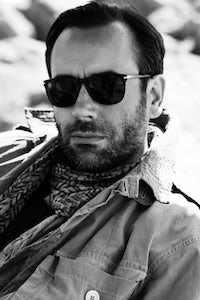 The stylist and creative director has issued a statement denying allegations of sexual misconduct detailed in a major exposé by The Boston Globe.

NEW YORK, United States — Stylist Karl Templer has responded to accusations contained in a major exposé on sexual misconduct, exploitation and abuse in the fashion industry by The Boston Globe’s investigative Spotlight team published on Friday.

More than 50 models spoke to the Globe about a wide range of sexual misconduct they experienced while at work, from unwanted touching to outright assault. Templer was accused by female models of inappropriate behaviour, including “yanking their breasts, touching their crotches or aggressively pulling down their underwear without asking them during shoots.” The models spoke on the condition of anonymity for fear of retribution.

“If if I’ve ever inadvertently treated a model disrespectfully or without due care on a job, I’m truly sorry,” read Templer’s statement. “My work as a stylist includes adjusting clothes on a model. If I have ever made adjustments too quickly or brusquely, and my conduct was misunderstood, then I sincerely apologise. But I categorically deny ever acting with any wrongful intent.”

“I fully support the MeToo movement in its determination to shine a light on bad behaviour and to call out any man using their power and position to take advantage of those with whom they work,” continued Templer’s statement. “But I also believe that anyone accused of that sort of inappropriate behaviour, deserves the right to be heard — and that transparency and justice must apply to the accused as well as the accusers.”

Born in London, Templer rose to the top echelons of fashion through his work for Arena Homme Plus, W and the French and Italian editions of Vogue. In 1998, Templer moved to New York and began collaborating with photographers including David Sims and Mikael Jansson, before becoming creative director of Interview in 2008. The stylist has long-standing relationships with major brands including Calvin Klein, Dior, Coach, Tommy Hilfiger and Moncler. Representatives of both Dior and Moncler declined to comment for this article. Calvin Klein, Coach and Tommy Hilfiger could not be reached at time of publication.

Alongside the veteran stylist, the Globe’s report named Patrick Demarchelier, one of Vogue’s most prolific cover photographers and former lensman to Princess Diana, as well as David Bellemere, Greg Kadel, Andre Passos and Seth Saba.

The Globe story followed an investigation by The New York Times into allegations of sexual misconduct by Mario Testino and Bruce Weber. Condé Nast, Burberry and Michael Kors are among the companies who have stopped working with the two photographers.

Last week I was included in a Boston Globe investigation story reporting on the sexual exploitation of models in the fashion industry. This industry, like others, is far from perfect. I fully support the Me Too movement in its determination to shine a light on bad behaviour and to call out any man using their power and position to take advantage of those with whom they work. But I also believe that anyone accused of that sort of inappropriate behaviour, deserves the right to be heard — and that transparency and justice must apply to the accused as well as the accusers.

If I’ve ever inadvertently treated a model disrespectfully or without due care on a job, I’m truly sorry. My work as a stylist includes adjusting clothes on a model. If I have ever made adjustments too quickly or brusquely, and my conduct was misunderstood, then I sincerely apologise. But I categorically deny ever acting with any wrongful intent. That suggestion is untrue. Over nearly thirty years, working with thousands of models, always in public settings, I have never engaged in (and it has never before been suggested that I have engaged in) inappropriate behaviour of any kind with models. A stylist’s movement of clothes multiple times — over three decades and possibly tens of thousands of interactions — is not the same as sexual predation or sexual harassment or touching with the intent of self gratification.

The Boston Globe reports that three models, speaking anonymously, have alleged that I yanked at a model’s underwear and shorts, touched a model’s crotch and touched a model’s breast, all while adjusting clothes for a picture, and that this "crossed the line of professionalism.”

It’s impossible for me to defend myself as I’ve been given no information to which I can respond. I understand the Globe’s policy but, in this matter, how can I prove myself when I have been refused dates (even approximate years) or locations, which would have given me the chance to offer other witnesses to give their perspective. I haven’t been told whether this was supposed to have happened 25 years ago or ten or five or last year. That makes it almost impossible for me to clear my name, as I find myself judged and publicly shamed.

Interactions such as the ones alleged would have been observed by at least ten people, closely scrutinising every move: the photographer instructing on adjustments that they would like made to clothes, a make-up person who would be less than a couple of feet away making make-up adjustments the minute that any clothing is moved even by a millimetre, the hair stylist would be present, the photographer’s assistants who would be adjusting lighting, assorted production people and the art director. All of these people watch every detail of the shot being set up. It’s their job to do that; they’re not in the background. There would also be my team, which is made up of at least 3 to 4 women, standing within a few feet of me and the model. In fact, I made it a practice, of my own volition, over a decade ago, to have only my female team members dress models in the changing area, the only private area on set. I work on large scale, elaborate sets, never in small, private environments. With the exception of my team, none of these individuals are hired by me, and I am not the ultimate decision maker on who is booked nor which model is chosen.

Over the past couple of days, since the Boston Globe story appeared, I’ve been overwhelmed with messages of support from countless people who have worked with me for many years, on multiple occasions and have personal knowledge and experience of how I work: models, clients, photographers, agents, hair and make-up artists, who all say that I would never act unprofessionally, that the person described in these stories bears no resemblance to the reality, that I show deep respect for models and that the allegations are implausible given the realities of large scale shoots.

I don’t want to come across as a complainer. I love my job; I love fashion; I'm proud of my work and I’m lucky to have had the opportunity to work with many of my heroes. Unfortunately, there are unscrupulous individuals in our industry who wrongfully exploit their position of power, as there are in many industries. Those people deserve to be exposed, to face justice and to be prevented from working.

But I am not one of them. I do believe that it’s right and proper that everyone should be held to account for their behaviour, in every walk of life. I believe passionately that models should all be treated with the utmost respect, as should any woman or any person in the workplace. I accept being part of an industry that can sometimes treat models as a commodity and that’s wrong. All of us who work in fashion have a duty of care to address this. I am determined to clear my name. I want only the opportunity to be heard and to counter allegations that I — and the hundreds of individuals who’ve worked with me — know to be implausible and untrue.