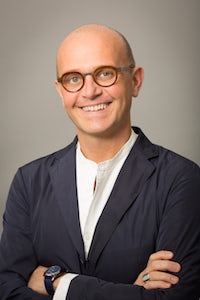 Trade show Tranoï has appointed Boris Provost president, taking effect September 2019. Provost joins the company from trade fair organisation Reed Expositions France, where he was most recently manager of the hospitality and food division. He replaces David Hadida, who stepped down in June 2019.

Issey Miyake has promoted design studio employee Satoshi Kondo to the role of head designer. Kondo will present his first collection on September 27 as part of Paris Fashion Week Spring/Summer 2020. He replaces Yoshiyuki Miyamae, who will take on a new undisclosed project at the brand.

Adam Orvos, chief financial officer of Neiman Marcus Group, is stepping down after less than 18 months in the role. The company has stated that Orvos will stay on until October 11 to assist in the transition process, with the search for his replacement now underway.

Glossier taps Amazon executive for COO
Glossier has appointed Melissa Eamer chief operating officer, effective September 9. Eamer joins the company from Amazon, where she was vice president of sales and marketing for Amazon Devices. Reporting to Glossier Founder and Chief Executive Emily Weiss, she fills an empty role that was previously held by Henry Davis .

Huishan Zhang has named Alessia Pasin its first managing director. Pasin joins the label from Erdem, where she was worldwide wholesale director, and has previously worked in commercial roles at Michael Kors, Acne Studios and Alexander McQueen.

Victor Luis has stepped down as chief executive of Coach and Kate Spade owner Tapestry, after over five years at the helm and almost 13 years at the company. He is succeeded by Tapestry Chairman Jide Zeitlin.

Jamie Drummond Smith, who was appointed interim chairman of Arcadia group in April 2019, stepped down last week, with Chief Operating Officer David Shepherd entering early retirement the same day, after 25 years at the company. The departures took place shortly before reports that Arcadia owner Philip Green was splitting up his group’s brands in order to sell them off separately.