LAGOS, Nigeria – Last month, the IMF upgraded its forecast for Nigeria’s economy. Africa’s most-populous nation is estimated to see a GDP rise of 2.3 percent, up from 1.9 percent in April. Nigeria has been recovering from the worst economic contraction in decades, due to lower prices for its biggest export – oil. The return to growth has given mall operators and niche retailers a tentative reprieve.

Meanwhile, the IMF held its predictions for South Africa’s economy, saying it will expand 1.5 percent this year and 1.7 percent the next. The mood in the business community has turned brighter since Cyril Ramaphosa was elected president earlier this year.  Fashion industry insiders now hope that international brands will resume expansion plans that were shelved when the country nearly went into recession.

It may seem optimistic, but even modest growth figures are an indication that the region's fortunes may be turning around. And, as Africa’s consumer engines begin to run again, it spells good news for the luxury industry.

Euromonitor estimates that Africa’s luxury retail sales, which are rising 5.6 percent year-on-year, will reach $5.2 billion by 2019.  While the relatively lower base rate must be a consideration, this nevertheless makes it the second-fastest regional growth rate, trailing only the Middle East. In less than a decade the number of African multi-millionaires will double, according to Knight Frank. Factors like these make Africa a promising location for fine jewellery brands to consider in their global distribution plans.

Africa’s relationship with jewellery is often oversimplified as the source of raw materials or as a stop in the supply chain where stones are polished and cut. Yet, while it remains one of the world’s largest producers of precious gemstones and metals, the continent is also an increasingly attractive place to sell fine jewellery.

Some brands have been eyeing this opportunity. Both Cartier and Bulgari have standalone stores in the Sandton City mega mall, while Hyde Park Corner, an upscale destination situated in one of Johannesburg’s most affluent suburbs, is known for attracting discerning shoppers to its trove of fine jewellers from Charles Greig to Browns and Lorraine Efune.

Jennifer Obayuwana is readying to expand Polo Luxury, one of Africa’s oldest luxury retailers in jewellery and watches, founded by her multi-millionaire father John. The company has outposts in Lagos, Nigeria and Accra, Ghana and stocks heritage brands such as Rolex, Chopard, Cartier, Piaget, Breguet and Roger Dubuis. 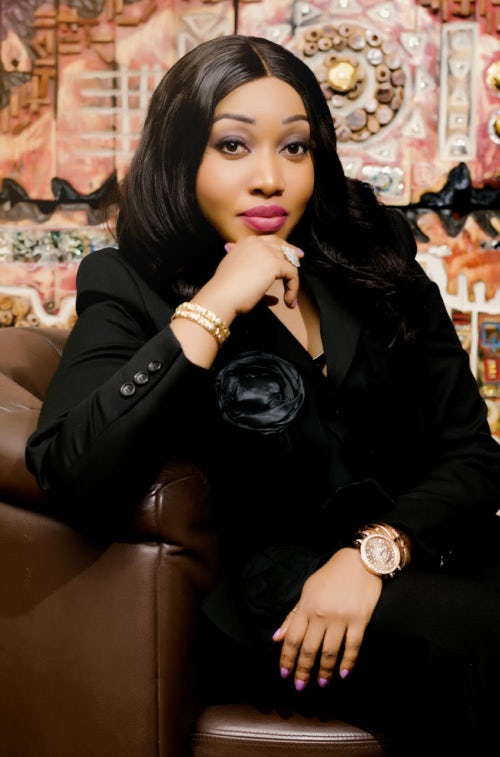 “Selling luxury in Africa is unique, due to the nature of doing business here,” Obayuwana told BoF. “Businesses are relationally driven and not transactional. Communication is not as ubiquitous as in the West, and our clients prefer face-to-face and personal attention. In practical terms, we have to be ready to attend non-sales driven events just to foster loyalty.”

Indeed, the Obayuwanas are regulars at global industry events such as Baselworld and haute couture Week in Paris, frequently surrounded by friends and clients, who straddle the highest echelons of finance, entertainment, oil and gas and politics. Jennifer, herself, also acts as an ambassador for the family business, and a single post of the executive — a considerable luxury brand influencer in her own right — can amplify sales.

Beyond Nigeria, other markets beckon.  Figures from Vicenzaoro, Italy’s leading jewellery show, also show significant increases in the exports of Italian gold and fine jewellery to African markets from 2015 to 2016: a 73 percent increase in Senegal, 51 percent in Ivory Coast and 26 percent in South Africa.

“About 5 percent of the international visitors to Vicenzaoro come from Africa and, unsurprisingly, most come from the region’s strongest economies, notably South Africa, Nigeria, Morocco, Egypt, Algeria and Tunisia,” said Corrado Facco, managing director of Vincenzaoro.

Mirroring the mood and responding to changing norms is critical for global brands hoping to create retail experiences in Africa that resonate with local consumers. Such has been the strategy of luxury jewellers like Cartier, Van Cleef and Arpel, De Grisogono, De Beers and Bulgari, which all have retail outlets in several African countries.

Van Cleef celebrated its 50th anniversary with a limited-edition ‘Al Hambra’ collection that paid homage to its cultural roots and the inspiration of its iconic design, along with a celebratory event in Morocco. Meanwhile, De Beers hosts an annual diamond jewellery design competition, aimed at supporting emerging African talent.

Selling luxury in Africa is unique, due to the nature of doing business here.

“In our pursuit to enhance our relations with African customers, we have, through the Shining Light Awards, embraced African diamond jewellery designs that resonate with Africans.” said Pat Dambe, head of corporate affairs for De Beers Group.  Winners of the award receive training as well as an opportunity to have their pieces be included in Forevermark, De Beers’ retail brand collection.

Artisanal mining accounts for only about 20 percent of global diamond production, but carries an ugly reputation that has damaged consumer confidence for decades. The issue of “blood diamonds” — diamonds that are illegally traded to fund conflict in war-torn areas, particularly in central and western Africa — took root during the Sierra Leone civil war of the ‘90s, but gained widespread recognition after the 2006 Leonardo DiCaprio movie “Blood Diamond.”

There have been previous efforts to stem the flow of blood diamonds, such as the Kimberley Process Certification Scheme, which was implemented in 2003 by a United Nations resolution. However, critics have questioned the efficacy of the system — the certification focuses solely on the mining and distribution of conflict diamonds, meaning that broader issues, such as worker exploitation, are not addressed.

“Though this process was meant to eradicate trade in conflict diamonds, it has not stopped it,” said Maryanne Maina, a luxury communications consultant based in Paris and Lagos. 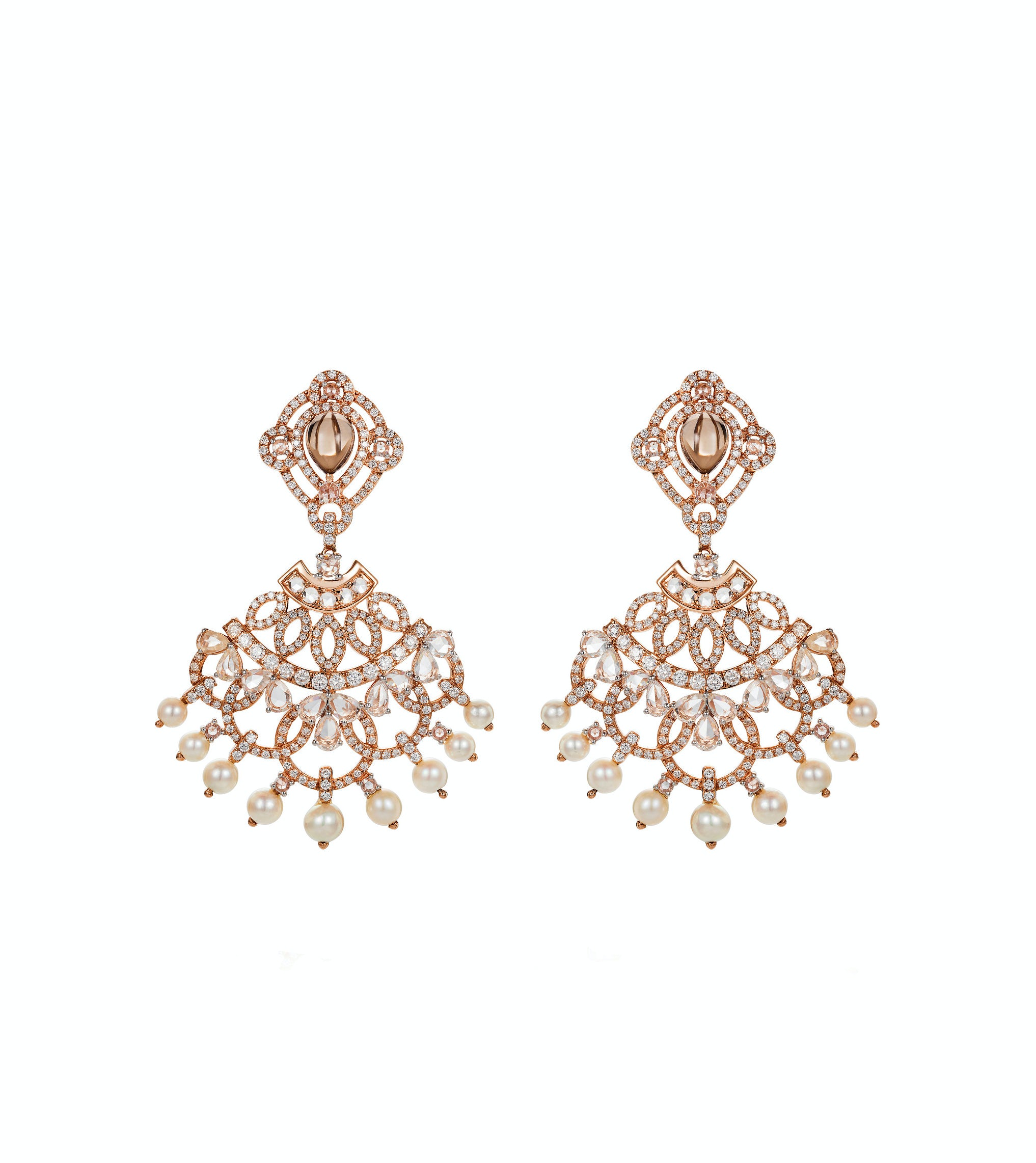 Aiming to address these concerns, De Beers this year announced it would launch a pilot programme in Sierra Leone to help trace the route from mine to consumer for what it calls ethically sourced artisanal gems. The diamond producer will train miners and provide them with technology to digitally track their finds, and aims to buy the first such stones from them this year. (De Beers currently has no mines in Sierra Leone.)

Ensuring safer working practices and better regulations for artisan miners is also a priority for Solange Boccovi, a Togolese gemologist and principal of Orion & Sirius, an ethical dealership. The company sources via a cross-continental network of small to medium scale mines, and regional lobbying with government and industry governance bodies is a key part of the firm’s approach to raising awareness of the issue. “Our vision is to bring more transparency across the value chain and supply ethical gems,” Boccovi said.

Over several decades, Africa has become a region of strategic importance as a major supplier of raw materials. While this looks unlikely to change, the continent is also gradually building a reputation for local jewellery offerings and trade shows, with new buyers and brands increasing from all over the continent.

In South Africa, brands like Pichulik, Henriette Botha and Jenna Clifford are creating commercially successful collections. Egyptian jewellery brand Azza Fahmy, which has been worn by singers Rihanna and Joss Stone, is arguably Africa’s most successful heritage jewellery house. The brand has recently expanded its international presence, opening its first Europe store in London’s Burlington Arcade alongside brands like Chanel and Mulberry.

Kenya’s Adele Dejak and Iver Rosenkrantz, whose designs are now stocked at Harrods and Anthopologie, as well as boutiques in New York, Paris and Tokyo, and Sierra Leone’s Satta Matturi, a finalist for Jewellery Designer of the Year at the 2018 Professional Jeweller Awards, have also grown their cult followings into international sales and recognition.

According to Facco, “the potential growth [for fine jewellery exports to Africa] is massive, although admittedly, we are starting from a pretty low base.”

While retail infrastructure remains one of the region’s biggest hurdles, Africa, he said, will emerge as a destination for both producers and consumers of fine jewellery that is impossible to ignore.