Valentino has confirmed the departure of Maria Grazia Chiuri, appointing Pierpaolo Piccioli the brand's sole creative director. Chiuri is widely thought to be joining Dior, which is expected to issue a statement soon.

Christian Dior is expected to soon announce Chiuri's appointment as the house's new creative director, ending months of speculation over who would take the creative helm at the brand after the sudden departure of Raf Simons last year.

“After 25 years of creative partnership and of professional satisfactions we gave ourselves the opportunity of continuing our artistic paths in an individual way with the reciprocal desire of further great achievements,” Chiuri and Piccioli said in a joint statement.

Together, Chiuri and Piccioli transformed Valentino, breathing new creative energy into the Italian fashion house and rocketing the brand back to the forefront of fashion. Under the pair's leadership, sales have flourished, driven in part by a lucrative accessories business, which now accounts for nearly half of sales in some stores. 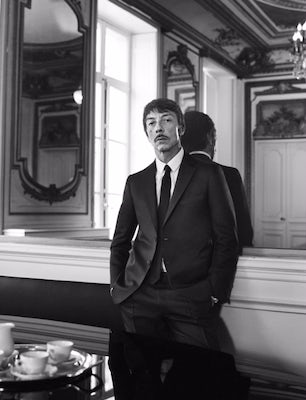 “Everything achieved in these years would have been impossible without Maria Grazia Chiuri and Pierpaolo Piccioli’s talent, determination and vision that together have contributed into making Valentino one of the most successful fashion companies,” added Stefano Sassi, chief executive of Valentino. “A new and exciting phase for the brand begins under the creative leadership of Pierpaolo Piccioli. The brand is strongly determined to continue its affirmation and development process accomplished in the past years.”

For the first three months of 2016, Valentino reported a 9 percent rise in sales to €256 million, up from €234 million in the same period last year. The company also nearly doubled its profit on revenue of more than $1 billion in 2015, prompting growing speculation about a possible initial public offering.

Chiuri will join Dior at a difficult time for the company. In the first quarter of 2016, ending March 31, the brand’s fashion division reported a 1 percent drop in reported sales, hit by a drop in tourist flows to Paris and several major Asian markets.

Dior generates around €5 billion in annual sales, of which more than three-fifths comes from perfume and cosmetics. LVMH chairman and chief executive Bernard Arnault has said he expected to achieve a similar figure in 2016.

The news marks yet another change at the top of a major fashion house. In the past year and a half alone, Gucci has appointed Alessandro Michele its creative head, while Demna Gvasalia was hired by Balenciaga.

Stay tuned to BoF for updates as this story develops.