“We have a responsibility to protect your data, and if we can't then we don't deserve to serve you,” wrote Zuckerberg in a Facebook post. “I started Facebook, and at the end of the day I'm responsible for what happens on our platform. I'm serious about doing what it takes to protect our community.” The post announced changes to the way the company protects user data but stopped short of a full apology, eliciting criticism that Zuckerberg’s comments were too little, too late.

The statement followed investigations published last week by The New York Times and The Guardian alleging that Cambridge Analytica — a vendor to both the Trump and Brexit campaigns — had paid a university researcher to harvest user data using a Facebook-based personality quiz. Around 270,000 people installed the Facebook app that delivered the quiz, agreeing to share their data — but not with Cambridge Analytica. And because, at the time, Facebook’s APIs also allowed the app to access data from the friends of those who installed it, it was able to gather data from about 50 million other people.

The revelations — which come as public distrust of the social network is growing — wiped $50 billion off Facebook’s market value on Monday and Tuesday, before the stock stabilised, and added fuel to the growing #DeleteFacebook movement. Even WhatsApp co-founder Brian Acton — who left the company in 2017, three years after Facebook bought the app for $19 billion — joined the chorus of voices calling for a boycott. Before the latest scandal, the platform was already under fire for its failure to clamp down on “fake news” and its use in Russia’s disinformation drive to influence the 2016 US election.

Investors are also revolting. Shareholder Fan Yuan filed a lawsuit in San Francisco, claiming that Facebook’s “false and misleading statements” led to the “precipitous” drop in the company’s share price this week. And several financial institutions said that they would stop buying Facebook shares for their socially conscious investment funds. Facebook is currently under investigation in the US, Canada and the UK.

So far, large numbers of users have yet to abandon Facebook, but sentiment is shifting and some observers see a tipping point ahead if the company fails to get a grip on the crisis. This would come with major implications for a wide range of consumer brands, including fashion firms big and small.

Facebook is a huge player in digital advertising. Along with Google, the company dominates to such a degree — the two collected 77 cents of each new dollar spent on digital advertising in the US last year — that the market has essentially become a “duopoly.” But marketers, too, have threatened to quit Facebook over the latest scandal.

In the UK, ISBA, a group of advertisers that spends hundreds of millions of pounds a year on Facebook on behalf of 3,000 brands including consumer goods giants Unilever and P&G, said it would consider pulling the plug on the platform.“We want to understand the scope of the inquiry Mark Zuckerberg announced yesterday. We want reassurances for our members that it will get to the bottom of the issues and any implications for the public and for advertisers,” said ISBA director general Phil Smith in a statement.

And there’s a chance that others may follow. “I think that clients have come to a point, quite rightly, where enough is enough,” said David Kershaw, chief of M&C Saatchi, a major ad agency, speaking with BBC Radio 4.

In fashion Facebook is critical to the marketing strategies of luxury megabrands from Chanel to Dolce & Gabbana, which spend a large percentage of their operating budgets on marketing and routinely advertise and publish content on the platform to drive brand awareness, as well as connect with their fans and followers. An exodus would undo years of effort and investment building and nurturing communities on the platform. But if public perception of Facebook continues to slide, luxury fashion companies could quickly change their calculus, seeing their presence on the social network as damaging to their carefully cultivated brands.

Meanwhile, an entire category of digitally native, direct-to-consumer brands, essentially born on the back of Facebook (and Instagram) advertising, which drives both customer acquisition and direct sales, could suffer if large numbers of consumers start to back away from the platform.

But will Facebook, the mightiest of social networks with over 2 billion monthly users, really fall? It’s unclear how much the company knew (and when) about the Cambridge Analytica data debacle. Ultimately, the details may matter little. The latest scandal plays perfectly into the rising narrative about the evils of social media and Facebook in particular. In the court of public opinion, this just might be enough to push emotions over the edge.

Swiss authorities open Kering investigation. Italian authorities began investigating Gucci four months ago, looking into whether profits Kering made on Gucci sales in Italy had in fact been declared in Switzerland where tax laws are more favourable. Italian reports said the investigation is looking at as much as €1.3 billion ($1.6 billion) in past domestic taxes. Kering declined to comment on the independent Swiss investigation but has denied violating tax laws.

Nordstrom ends buyout talks with founding family over price. Efforts to take the Seattle department store private are over — for now. The board is ending buyout discussions after rejecting a proposal brought forth earlier this month by the Nordstrom family, represented by the retailer’s co-presidents Blake Nordstrom, Peter Nordstrom and Erik Nordstrom. The proposal valued the company at about $8.4 billion, but the board said the price was inadequate. The Nordstrom family has been working to take the 117-year-old retailer private since June without success.

US retailers urge President Trump against China tariffs. In the latest example of the growing division between the Trump administration and many in the business community over trade policy, a group of 24 retail companies including Walmart, Target, Best Buy and Macy’s sent President Trump a letter urging him not to impose massive tariffs on goods imported from China. The $50 billion in tariffs that President Trump is expected to unleash on Chinese imports will translate into higher prices in stores across the US.

Nike beats sales estimates after dealing with misconduct scandal. The sports giant saw some relief in North America, where sales declined for a third straight quarter but chief executive Mark Parker said the business was "brightening." Revenue came in at almost $9 billion, outpacing the estimate of $8.85 billion. The results were released one week after Nike disclosed that it was reviewing allegations of improper conduct at the apparel giant and two high-profile executives abruptly resigned — including the president of the Nike brand, Trevor Edwards, once a likely successor to Parker.

Li & Fung reports $375 million net loss for 2017. Battling a difficult economic climate as well as competition from online rivals, the company saw reported revenue fall 8.3 percent from a year earlier to $13.53 billion as brand and retail customers continued destocking. The net loss was due to a one-time non-cash loss for discontinued operations, but profit from continuing operations rose to $170 million from a restated $160 million in 2016.

Tiffany sales rebound in the Americas. After several years of trying to rebound from a sales slump, the luxury jeweller posted sales growth worldwide and in the Americas in the last quarter, which included the holiday season. Worldwide same-store sales rose 1 percent while growing 4 percent in the Americas. Chief executive Alessandro Bogliolo, formerly at Diesel and Bulgari, was hired in July 2017.

Hermès issues special payout to shareholders. Benefiting from a fresh push in e-commerce that helped its operating margin widen 2 percentage points to 34.6 percent, the French luxury-goods house said it will pay an annual dividend of €4.10 a share along with a special payout of €5 a share. Hermès' cash holdings reached almost €3 billion ($3.7 billion) as of December 31. 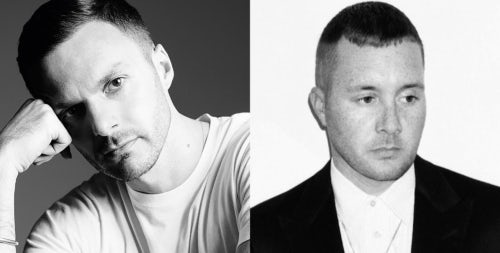 Kim Jones to Dior Homme; Kris Van Assche is out. In the first big move by the newly installed chairman and chief executive of Christian Dior Couture Pietro Beccari, Kris Van Assche is stepping down as artistic director of Dior Homme after 11 years at the brand. Kim Jones, who exited his role as men’s artistic director at Louis Vuitton in January, has been confirmed as his successor. The designer will present his first collection for Dior Homme in June during Paris men's fashion week.

Olivier Lapidus exits Lanvin. One month after Chinese conglomerate Fosun International acquired a majority stake in the challenged French house, Lanvin announced that effective immediately artistic director Olivier Lapidus is leaving and Joann Cheng, president of Fosun Fashion Group and chairman of the board of directors at Lanvin, will become the interim chief executive. In addition, Lanvin general manager Nicolas Druz is moving to a new role at Fosun Fashion Group to support the group's expansion in Europe.

Bill Cunningham left behind a secret memoir. The family of the beloved fashion and society photographer was surprised to discover a completed memoir after his death in 2016. The book details his life from his childhood to his beginnings as a journalist and will be released in September by Penguin Press, which acquired the book at auction. The photographer has also left behind an archive valued at $1 million.

H&M drops suit against graffiti artist after blowback. After the work of graffiti artist Jason Williams, painted illegally on a handball court in New York, appeared in the background of an H&M advertisement, the artist known as Revok claimed copyright infringement. H&M then filed a suit against him, prompting fierce outrage from the public and street artists concerned that the case would set a dangerous precedent. The Swedish retailer has since withdrawn the suit, but the incident has only added to its recent spate of PR woes.

The Hollywood Reporter releases ranking of most powerful celebrity stylists. Coming off the heels of an awards season during which the Time's Up movement changed the way actors and stylists approach red carpet dressing and how stylists worked together, the trade publication's annual list features several seasoned players — including the top-ranked Kate Young, and Elizabeth Saltzman and Karla Welch — as well as new entrants, such as Wayman Bannerman, Micah McDonald, Thomas Carter Phillips and Annabelle Harron.

L’Oréal buys Canadian beauty tech firm ModiFace. In order to escalate its digital strategy, the beauty conglomerate has acquired ModiFace and its augmented reality technology, which has been used to power mobile apps produced by LVMH’s Sephora and Estée Lauder. L’Oréal and ModiFace previously collaborated on the “Makeup Genius” app, which turns smartphone cameras into mirrors to predict how products will look on consumers’ skin.

Instagram launches its shopping service in the UK. After going wide with the “shop” interface in the United States in October 2017, the image sharing app has released the functionality to businesses in the UK, enabling retailers to link to physical product on their own sites and list information such as cost. The service is free, as Instagram and Facebook continue to gather more data about purchasing habits to better target advertising.