NEW YORK, United States — Just before Valentine’s Day, as Kim Kardashian prepared to launch three new Kimoji scents from her KKW Fragrance line — BFF, Bae and Ride or Die — celebrities, influencers and beauty editors received giant heart-shaped chocolates containing bottles of the perfume. The hearts were designed to be smashed open with a tiny branded hammer, prompting video after video of the “unboxing” experience on social media. Available exclusively on kkwfragrance.com, the first run of the fragrance — a reported 300,000 units — sold out after six days. And consumers hadn’t even smelled it.

Digital media has upended the beauty business, lowering barriers to entry for new brands built not on department store distribution and traditional marketing tactics, but on e-commerce and digital influence. Kardashian and her clan are certainly no strangers to this. Her sister Kylie Jenner’s Kylie Cosmetics line generated an estimated $400 million in revenue in the first year and a half since the direct-to-consumer brand first hit the internet. 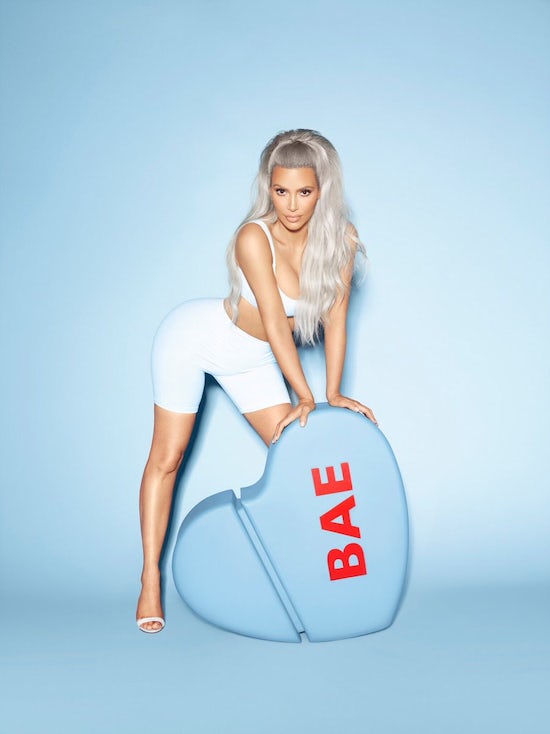 And the Kardashians are certainly not alone. In recent years, a slew of new digital-first beauty businesses — armed with venture funding and offering artisanal or “clean” formulations and niche identities that consumers find more authentic — have mounted a challenge to the ubiquitous luxury-brand beauty products made by licensing giants Estée Lauder, L’Oréal and Coty. (Of course, some of these smaller entrants have been snapped up for undisclosed sums by these very giants: Estée Lauder has acquired Le Labo, Frederic Malle and By Killian, while L’Oréal has bought Atelier Cologne.)

And yet, in recent years, the fragrance business hasn’t seen the same kind of digitally driven, explosive growth as colour cosmetics and skincare. In 2017, the US prestige fragrance market grew 4 percent, trailing makeup (6 percent) and skincare (9 percent), according to NPD Group.

According to Tribe Dynamics, a marketing technology firm that quantifies the dollar-value of digital content, or earned media value (EMV), fragrance only represented two percent of the total EMV generated in the beauty business in 2017, even after growing by 20 percent year on year. Fragrance also has far fewer digital ambassadors, who posted sponsored social media content far fewer times than digital ambassadors in other beauty categories.

The biggest challenge is the very nature of the product itself: no matter how powerful the brand, how beautiful the bottle and how compelling the marketing campaign, a fragrance is selling scent — and we can’t smell the internet. But more and more fragrance brands are finding savvy ways to connect with digital consumers and shift product online.

Of course, being a Kardashian with a personal brand to the tune of 110 million Instagram followers certainly helps. “One of the amazing things about the KKW fragrances is that we have sold a tremendous amount of product and no one had ever smelled it,” explains Lori Mariano, managing partner of Hampton Beauty Associates, the manufacturing partner of KKW Fragrance. “People were willing to buy into her brand, knowing that she was going to create something good.”

But even for Kim Kardashian, social-media savvy visuals were critical. In the run up to the Kimoji launch, her unboxing videos were unavoidable on the Instagram, Snapchat and Twitter accounts of influential actors, musicians and bloggers, becoming a kind of social media status symbol. Consumers were so entranced by the chocolate heart launch campaign that Kardashian had to clarify that orders of the fragrance did not come with the same packaging.

In the past, we were more used to communicating who we are with words, and now we are working much more with visuals and images and videos.

For a player like Diptyque, a niche fragrance brand with major ambitions, creating digital content and staging Instagram-friendly experiences is a new focus. “In the past, we were more used to communicating who we are with words, and now we are working much more with visuals and images and videos,” explains Fabienne Mauny, global brand chief executive of Diptyque and Byredo, which are both owned by Manzanita Capital, a private equity firm founded in 2001 by William S Fisher.

The first thing one sees upon entering Diptyque’s new Mercer Street pop-up shop in Manhattan is a wall lined with rows and rows of the French brand’s oval illustrated perfume bottles — 364 to be exact. It is dense and impressive, much like the store itself, which manages to tell 50 years of Diptyque’s fragrance history, despite its relatively small scale. We follow from the brand’s first release, L’Eau, in 1968 — brought to life by news clips capturing the tumult of the era — to 2018’s launches, Tempo and Fleur de Peau, introduced by videos playing inside two closet-sized spaces.

Everything inside the installation-heavy store, from a postcard-covered wall to a jungle-themed photobooth, connects to the history of the brand and its founders — their inspirations, travels and artistic endeavours — and is practically begging to be Instagrammed. And the artists who illustrated each of the two new fragrance bottles gets just as much attention as the perfumer.

It’s not just about social media-friendly visuals, however. The traditionally seductive and heteronormative fragrance marketing message so prevalent in the fragrance business doesn’t play as well online, where a newly awakened activism is reshaping culture. “Typically, what we used to see in the glossies was always a semi-naked woman, probably with a man, and there would be some sort of expensive accessories around them,” says Saisangeeth Daswani, head of advisory in fashion and beauty at the trend research firm Stylus.

But when the old-school beauty giant L’Oréal launched Proenza Schouler’s first fragrance, Arizona, in February, the campaign’s main theme was not overtly sexual, but about a physical escape to a stunning landscape. “Arizona is about her and how she feels,” says Laura Azaria, vice president of marketing for fine fragrances at L’Oréal USA. “It was definitely part of the positioning: she is very empowered. It’s not this classic, ‘I’m going to seduce.’”

And to effectively deliver their message, many fragrance brands are adopting the digital marketing tactics that work elsewhere in the beauty business: gifting product to influencers, commissioning content from them, staging social media-ready events and press trips, playing with Snapchat augmented reality lenses. “Technology enables us to tell a much more interesting and multi-faceted story,” explains Coty’s chief marketing officer Simona Cattaneo. “It’s an ongoing conversation, we communicate every day.” Coty launched Gucci’s Bloom — the first fragrance under Alessandro Michele — and Tiffany’s first fragrance, in 2017. “This is something that has completely changed our way of working.”

Technology enables us to tell a much more interesting and multi-faceted story.

“Fragrance is obviously a little bit trickier because it’s not very tangible,” says Chriselle Lim, an influencer with 1 million followers on Instagram and founder of the creative agency CINC Studios, which has worked with L’Oréal and Coty to promote their fragrances. Instead of “flat lay” images of a fragrance bottle, she prefers video. “You can do amazing storytelling that you can’t do with just photos,” she says, citing a video about the connection between scent and memory that she produced for a scent from Maison Margiela’s series Replica. Recently for Proenza Schouler’s Arizona, she published a soft-focus video of herself holding the bottle on an overcast day in Central Park. “A whole new world is just a dream away…” she wrote in the caption.

For Diptyque, the SoHo pop up is an experiment with an interactive and social media-driven retail experience. The brand even launched an Instagram contest, through which a winner who posts the best drawing of a “scent memory” will receive a custom perfume inspired by the illustration.

“We wanted it to be an immersion within our universe,” says Julien Gommichon, president of Diptyque and Byredo Americas. Still primarily known in the United States for candles and home goods, Diptyque is focusing on fragrance to keep up its recent revenue growth trajectory — more than 20 percent each year for the past six years. “There are still so many people who don’t know who we are,” says Mauny. “The potential is huge.”

Can Aesop Keep Its Cool?