Why Chanel Doesn’t Want to Change the Fashion System

The French luxury titan is doubling down on six shows per year and the Cruise extravaganzas pioneered by Karl Lagerfeld. Chanel’s Bruno Pavlovsky lays out the logic to Tim Blanks.

Why Chanel Doesn’t Want to Change the Fashion System

The French luxury titan is doubling down on six shows per year and the Cruise extravaganzas pioneered by Karl Lagerfeld. Chanel’s Bruno Pavlovsky lays out the logic to Tim Blanks.

LONDON, United Kingdom — Chanel has little interest in changing the fashion system. In recent weeks, a growing cadre of designers and retailers have called for rethinking the calendar that governs the development, delivery, presentation and discounting of collections. But when Bruno Pavlovsky, Chanel’s president of fashion activities, laid out his plans for the future of the multi-billion-dollar bastion of French heritage ahead of its latest Cruise launch, he made clear he still believes in the old way of doing things.

Many of the labels calling for change are small-and medium-sized players, but even luxury megabrands such as Gucci and Saint Laurent are exploring initiatives to downscale the excesses of a crammed calendar of fashion shows and the colossal carbon footprint that accompanies it. Chanel, on the other hand, intends to hold fast to its six-shows-a-year schedule: two prêt-à-porter, two haute couture, Croisière (Cruise) and Métiers D’Art, the December presentation highlights the work of the brand’s artisanal ateliers.

“I don’t know if the right number is two or six; it’s up to each brand,” said Pavlovsky. “But we are quite advanced in the calculation of our carbon impact, all the time we’re making a lot of progress in our approach. And we feel it’s important to do these shows. We still need to have the creative freedom to express each moment.”

Granted, there are precious few brands in fashion with pockets deep enough to match Chanel’s spectaculars, which have long been the maxi-budgeted benchmark of extravagance so imperial it has become emblematic of a fashion giantism that felt increasingly unsustainable, however munificent its owners Alain and Gérard Wertheimer. Under Karl Lagerfeld’s tutelage, the brand recreated airports and supermarkets, replanted forests, relocated icebergs, beaches, ski resorts, even launched a rocket, all in the name of providing an appropriate backdrop to its clothes and accessories. And, starting in the year 2000, Chanel pioneered the Cruise show extravaganza, with an audience eagerly following Lagerfeld all over the globe for presentations that celebrated — it was often claimed — some transformative moment in Coco Chanel’s life. 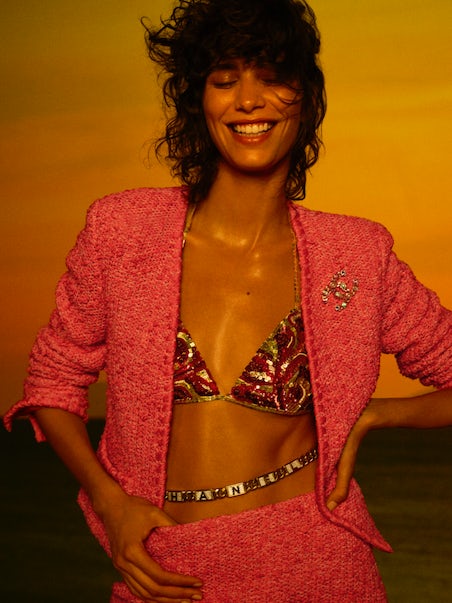 For Bruno Pavlovsky, all things Chanel evolve from its shows, not only because the ensuing global media coverage burnishes the brand, but also because they offer such an all-encompassing opportunity to maintain a regular communication with customers. “The défilé is the beginning of the story,” he explained. “The pace is to be able to deliver novelty at the boutique level every two months, and we feel very comfortable with that pace. Each collection is quite agile and very focused on one topic, and we have this storytelling six times a year.”

Then Pavlovsky painted a bigger picture. First, his commitment to continued participation in Paris Fashion Week. “Other brands can do whatever they want whenever they want,” he said, “but we’re working quite hard to make this twice-yearly creative celebration of women’s ready-to-wear as influential as possible.” And next, the two shows that he described as “only our moment” — Cruise and Métiers D’Art, the special presentations which take place outside the competitive noise of traditional fashion weeks. Pavlovsky defined them as the expression of “a very privileged relationship between the brand and the people around the brand."

“In the future, we will continue to have this privileged moment,” he continued. In the present? Not so easy. The next cruise collection was scheduled to launch on the island of Capri on May 7. Chanel’s offshore spectaculars are famously planned with ferocious attention to detail, so you can imagine the blueprint was well in place before the coronavirus appeared in Europe. At the time, the immediate concern was the Autumn/Winter show on March 3rd. That went ahead. But the ravages of Covid-19 were escalating fast. “We were already questioning Capri,” said Pavlovsky, “and we very quickly took the decision not to go.” As France went into lockdown, Chanel’s famous petites mains worked from home sewing masks for hospitals.

The Cruise collection was renamed Balade, to evoke the inspiring light and colour of a Mediterranean journey. Chanel was clearly faced by the challenge of finding another way to communicate the intensity of a live show in a glorious physical setting, and Artistic Director Virginie Viard had to adapt the collection. “Yes, we had to adjust not only the content of the collection, but also the way to present,” acknowledged Pavlovsky. “It’s not the same as being in Capri or being live in a show but it will bring something different. At the end of the day, we moved to keep the energy, and to communicate this energy to our friends.”

He called the constraints “a very good exercise” but said he wouldn’t know until next year how successful the approach would prove. “We’ve done so many things we’ve never done,” Pavlovsky added. While she was re-thinking Cruise, Viard also worked to “re-energise” the unsold Spring/Summer product that has been slumbering for weeks in stores forced closed by the coronavirus. The brand’s Autumn/Winter and Métiers D’Art collections will hit retail in July, at which point Spring/Summer product will be taken off the shop floor only to be re-introduced to accompany the launch of the Cruise collection in November. 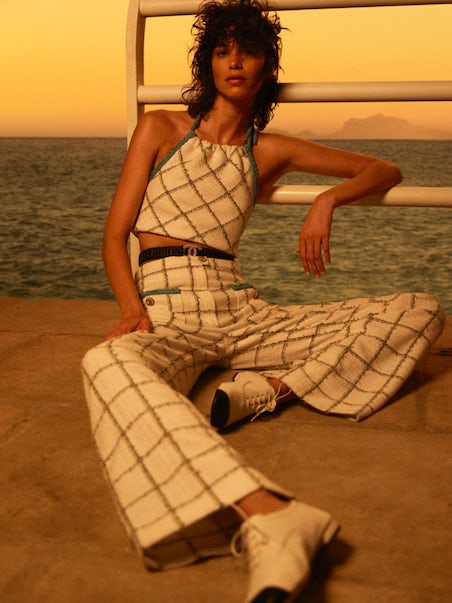 Though these shifts were induced by circumstances beyond Chanel’s control, Pavlovsky claimed the coronavirus crisis had also accelerated a transformation that was already well underway. The Capri show, for instance, would have been a much more intimate affair than usual, a mere 200 invitees, though there’d apparently been 3000 requests from around the world. “After you do a show with 200 people, you have more enemies than friends,” Pavlovsky noted drily.

How would Lagerfeld, with his acute appreciation of the vagaries of history, be coping right now? You have to wonder, don’t you? Pavlovsky laughed. “I am sure his spirit is here behind us. At the same time, Virginie is able to dare to go to a new level — that’s most important — and not try to compare with Karl… to do what she feels is strong for Chanel.” Right now, that is simplicity, apparently. “It is sometimes the most difficult,” Pavlovsky said. “You get it or not. It’s not about the red carpet. It’s just about being who you are. Talking with the models, they’ve said, ‘It’s exactly what I want to wear tomorrow.’”

It’s the day after tomorrow that remains uncertain. As the lockdown eased in China, Chanel stores were mobbed, even though the brand had raised prices on its core products. The brand is set to report its 2019 results in mid-June, but it will be some time before we get a glimpse at 2020 numbers and the brunt of the pandemic’s effect on Chanel. Bain estimates the luxury sector will contract by up to 35 percent this year.

But the precariousness of a market that depends on discretionary spending is not only subject to the possibility of a second or third wave of infection. There’s also the question of fashion’s relevance in a time when intractable social and economic injustices are galvanising millions of people around the world. Pavlovsky felt it was too soon to project.

“At the moment, we’re working on different scenarios for the coming years,” he said. “It’s a very important time for a brand like Chanel to listen to its customers. So, let’s see if they are feeling the same in the coming months.” And did he imagine the eventual return of continent-hopping in pursuit of a Cruise collection, just like in the olden days?

“I don’t know,” said Pavlovsky, turning pensive. “I hope so.”