NEW YORK, United States — Most magazines are terrible. They either talk down to their readers, or try to sound smart when they’re actually not. W magazine worked harder than most of its competitors to be something more. Once an important resource for readers interested in art, culture and fashion, the title maintained a certain respectability under editor Stefano Tonchi, who attempted — sometimes successfully, sometimes not — to drive a conversation within its pages.

Last week, W was sold by legacy publisher Condé Nast to the owners of Surface for less than $10 million, according to my colleague Chantal Fernandez, and Tonchi is out. To give that number a bit of context, consider this: When Disney sold Fairchild Publications to Condé Nast-owner Advance Publications in 1999, Advance paid a reported $650 million for Fairchild’s fashion archive, a trade-show partnership and 13 trade and consumer publications, including W.

Condé Nast’s disposal of W has been expected for months, and foreshadowed for more than a decade, when the decline of American magazines began in earnest. It started around 2008, with a contraction in advertising spending related to the Great Recession, accelerated by the realisation that it was cheaper — and often, more fruitful — to shift what budget was left to Facebook and Google. Consumers, at the same time, no longer needed the front of a monthly book to tell them what was new or next, or to decode the fall collections: they had the internet for that.

Condé Nast’s disposal of W has been expected for months, and foreshadowed for more than a decade.

I’m an “old millennial” who grew up wanting to write for magazines — in particular, Liz Tilberis’ Harper’s Bazaar, W and Jane — but today I spend very little time reading print other than New York and The New Yorker, titles that demand excellence from their writers, editors and creative directors. Generally, I am disappointed in what magazines currently offer.

Something happened over the last six months, though. GQ got interesting. 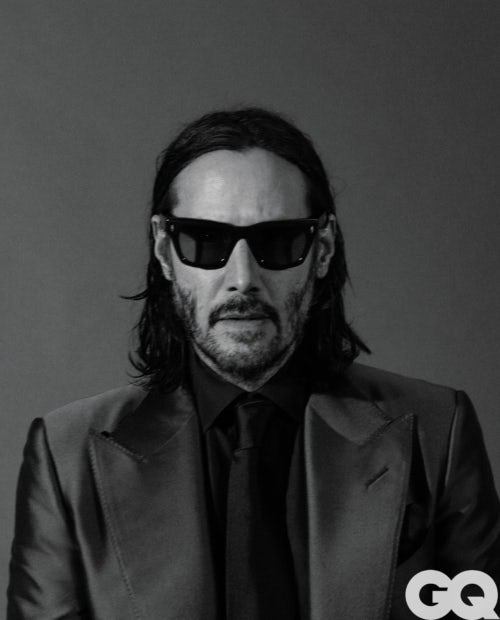 What his writers are doing instead is trying to start a conversation, whether it’s about the time Jeff Bezos, Marc Benioff and a bunch of other tech execs descended upon Brunello Cucinelli’s hometown for a thought-leadership summit, or why giant shorts are finally in fashion.

These stories are by no means perfect. Shortly after publishing the Cucinelli piece, Buzzfeed uncovered that women had been photoshopped — by the brand! — into a photo featuring the Bezos crew. (Cucinelli’s response was that it wanted to represent all the executives on the trip — including the two women — and that the doctored photos were approved.)

It was a chaotic two days on one little corner of the internet, and undoubtedly a (deserved) headache for both GQ and Cucinelli. But I believe GQ was better off publishing the story than not. Both the piece — and the snafu — sparked discussion.

Then there are the magazine’s memorable print covers, including the one with Keanu Reeves — weeks before his Saint Laurent advertisement went viral — and another with comedian Seth Rogen, styled in shades of cream by fashion director Mobolaji Dawodu.

People are circulating these articles and images on the internet not because they are necessarily (that) controversial or rage-inducing or life-altering, but because they are trying to be more than good enough.

GQ’s attempt at being less prescriptive has resulted in an increase in traffic with coveted younger readers. (In April 2019, GQ.com saw an 18 percent uptick in visitors aged 21-34.) It also seems to be helping with sales. In the six months since Welch’s arrival, advertising pages in the automobile category were up 186 percent; in the spirits category, they were up 141 percent. Revenue related to video is up 42 percent year over year, with social media up 44 percent, all according to stats provided by the Condé Nast-owned title.

While there are nine distinct 'paths to subscription,' none of them have anything to do with commodity content.

A representative for GQ did not disclose whether sales were up overall from last year, only that the title is on track to hit its 2019 goal. (Details on the performance of fashion advertising was absent from the stats that were shared with BoF.) But when the publication does roll out some sort of digital paid subscription service — which Condé Nast plans to implement in some form across all of its titles — the fact that GQ has a personality, a reason for existing, will help. While there are nine distinct “paths to subscription,” according to a 2018 report released by the American Press Institute, none of them have anything to do with commodity content.

There are other publications rising above the clutter. New York Media-owned The Cut, made mostly for women and edited by Stella Bugbee, works hard across media — print, digital, social, audio, live events — to be smart and funny and beautiful at once. Interview, under the watch of Mel Ottenberg, has somehow made the tired trope of the celebrity tête-à-tête pleasurable once again. (See Sarah Paulson’s interrogation of Rihanna for proof.)

Otherwise, the magazine that I like the most is the Adam Rapoport-edited Bon Appétit, which is visually more arresting than pretty much any fashion publication with which it shares newsstand space. What’s great about Bon Appétit, much like The Cut and GQ, is that it excels in being interesting everywhere. I continue to read (and dog-ear) the print issue — which always manages to move on to the next great typeface before the last great typeface has started to feel dated — and I listen to the podcast. But the magazine’s editors are also YouTube personalities, with video revenue up 22 percent from 2018 — on top of 55 percent growth in the previous year.

Does making content with a personality, that genuinely connects with its readership, solve every problem for legacy players? No.

Star staffers can also help in attracting the next generation of talent, something that legacy titles have found increasingly difficult in the post-"Devil Wears Prada" era. The editors and writers at these publications seem like they’re having fun together in their Instagram Stories and podcast episodes. They’re living the dream, even if that dream no longer includes a Town Car and a clothing allowance. Plus, readers follow individual contributors now, and the more relevant names attached to a publication, the greater likelihood it is that people will subscribe.

Does making content with a personality, that genuinely connects with its readership, solve every problem for legacy players? No. Ad revenue will continue to move to Google, YouTube and Instagram, and it’s just going to get harder to convince people to pay for things.

But for those of us who love the idea of a magazine — a place where news and culture is sometimes made, not always aggregated — there are reasons to be hopeful. Relevance remains an asset.