LONDON, United Kingdom — Red wine was flowing as a group of 25 women gathered at a home in Goring, Oxfordshire on a Friday night. But they weren’t having a dinner party. Instead, they were slipping into blouses, dresses and shapewear. “Some women will want to try pieces on in the privacy of a bedroom. Others will happily strip down to their underwear and put things on immediately. There’s lots of laughter, lots of fun,” says Nayna McIntosh, founder and chief executive officer of Hope, a direct-sales fashion brand that operates via door-to-door sales, the business model made famous by Avon and Tupperware.

According to the Direct Selling Association, a trade organisation based in Washington D.C., more than 18 million people were involved in direct selling in the US in 2014, generating sales of about $34.5 billion, a 5.5 percent increase from 2013. “The direct sales channel continues to experience steady growth, as individuals generated more revenue in 2014 than any year previously,” says Lynda Mills, director of the Direct Selling Association. “The industry certainly continues to be buoyant.”

But these are not your grandmother’s Avon ladies. Over the past decade, a bumper crop of new direct sales start-ups have emerged, leveraging the connectivity of digital media, attracting venture capital, and reinventing the notion of direct selling. Armed with Facebook, Twitter, YouTube and a host of other digital tools, modern-day sellers leverage their online social networks to sell merchandise, from cosmetics to clothing, with a swipe of a screen.

“Traditionally, direct selling is about selling to people that you know within your community or people that you live close to. You go to their house, try on clothes and so on. Today, people use social media to communicate with a large network of people, without having to live close to them,” says Mills. “That way of communicating is much more time-efficient.” 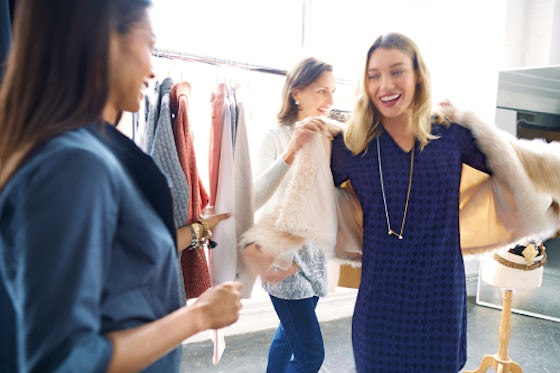 “The combination of sales and technology is incredibly powerful,” agrees Jessica Herrin, founder and chief executive of direct sales company Ever Skincare. “Instead of having bricks-and-mortar or retail distribution, [social selling] reaches every small screen and living room in the world.”

Ever Skincare, launched in early 2015, enlists thousands of sellers —  or “specialists” — to sell its all-natural products to their networks of friends and followers through home-based trunk shows and personalised websites that are “tied in with social media,” explains Herrin. “Many of them will share samples of the product and follow up with customers through text and instant messaging, going back-and-forth to help place their order.”

Skincare company Rodan & Fields has also seen promising results. Launched in 2002 by Katie Rodan and Kathy Fields, two San Francisco-based dermatologists who previously co-founded skincare brand Proactiv, Rodan & Fields brought in over $350 million in sales in 2014. Over 75,000 specialists sell Rodan & Field products across the US, with about 2,000 based in New York.

Social selling has proved to be a successful marketing approach in jewellery and skincare, but can it work in fashion?

Despite the easy allure of ordering online at home, a significant number of women crave the social aspect of trying on clothes together and assessing what works and what doesn’t as a group, says Lynne Coté, chief executive of Cabi, one of the largest direct selling womenswear businesses in the US, with 3,300 specialists across the country. “In a way that traditional retail does not, Cabi gives women the opportunity to have a transformational social experience of gathering with friends and exploring style and ideas in an intimate and relaxed home environment,” she says.

Investors see potential, too. The Los Angeles-based company was acquired three years ago by two private equity firms, J. H. Whitney & Co. and Irving Place Capital. “We found Cabi’s model attractive as it provided women a unique, appealing way to shop,” says Matt Turner, partner at Irving Place Capital. Turner declined to provide revenue figures, but said that sales have grown significantly over the past few years and the company’s customer retention rates and consultant productivity are among the best in the industry.

But, on the whole, direct selling has “not been a popular channel for apparel and footwear,” says Michelle Grant, head of retailing at market intelligence firm Euromonitor International, because “[retail and Internet] channels offer a wide range of inventory, so people can see different colours, assemble outfits, and in the case of stores, try things on.” This isn’t often the case for direct sales fashion companies, where customers have to make do with whatever sizes and colours are available to try. “Some direct sellers have found success with jewellery and handbags because these items don’t require a lot of different versions of the product,” she adds. 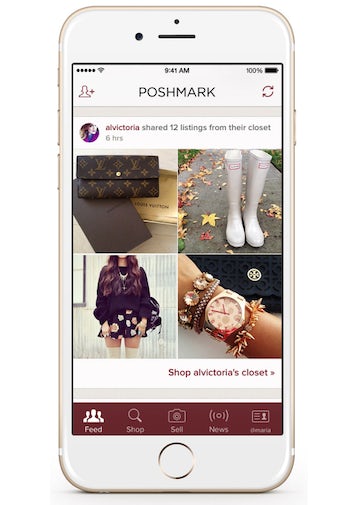 Meanwhile, Poshmark, an emerging player in the market, has taken the entire social selling process online. Launched four years ago as a platform for shoppers to buy and sell second-hand goods, the San Francisco-based marketplace unveiled a new portal in October, where pre-qualified sellers can buy merchandise from brands at wholesale prices and sell it via their page on Poshmark for a profit. Poshmark provides sellers with pre-paid shipping labels and items are delivered in one to two days.

Over 1,000 fashion brands participated in the launch, including Miami-based label Style Mafia and handbag line Snob Essentials. If transactions continue at the current rate, Poshmark expects to hit $200 million in sales by the end of the year. “Many of our sellers have large followings. It can range from a few thousand followers to over three or four million. Several of our users have had to hire people to manage their online stores. They’ve gone from one Poshmark store to multiple stores on the platform,” says Manish Chandra, founder and chief executive officer of Poshmark.

“Fashion inherently has this social element, whether it’s validated by magazines or blogs or your peer groups,” adds Chandra. “It’s with you all the time.”

Indeed, while social media is important for direct selling companies, it also allows users to build relationships with one another. “Some enthusiastic users have gathered to interact in person while shopping on the app,” says Chandra of the company’s online trunk show, Posh Party. “People want to sell clothes and talk about fashion. Our users are getting to know each other better than the people who live down the street from them.”

Euromonitor’s Grant, however, is not convinced that selling fashion through social sales will work. “It still isn’t a significant distribution channel,” she says. “Social media is a great way to promote your products to your own network for free. However, it’s a competitive marketplace, so you need to stand out with a strong brand identity and a high level of service and personalisation to differentiate yourself.”