The beauty company debuted its first new brand last year to much fanfare, but sales failed to match the hype. Founder Emily Weiss talks exclusively to BoF about what she learned from the experience, and her plans to extend Glossier's rapid growth.

The beauty company debuted its first new brand last year to much fanfare, but sales failed to match the hype. Founder Emily Weiss talks exclusively to BoF about what she learned from the experience, and her plans to extend Glossier's rapid growth.

NEW YORK, United States —  Last year, when Glossier announced it would introduce flashier colour line "Glossier Play" to offset its core collection – popular with dewy cheeked “no-makeup makeup” wearers – it was the height of hype. A media blitz was timed to a well-executed digital and social media rollout, seeding the new merch to the right people and mammoth billboards in Hollywood and New York City. Gen-Z’s were losing their minds for shiny lip lacquers and “technogel” eyeliners.

It seemed like the internet could speak of almost nothing else during that first week of March. But the internet quickly moved on. There has hardly been a peep about the brand online, let alone any splashy announcements of upcoming product launches. The last post to Play’s Instagram account was in early December, and was switched to private on Thursday. Web searches for the brand average are down 98 percent from their peak, according to Google.

As Glossier’s first new brand since its 2014 launch, Play was intended as a glittery demonstration of the start-up’s ability to sell an exorbitant amount of millennial pink product to teens and twenty-somethings. Instead, when Play’s sales failed to match its initial buzz, the company spent the better part of last year reevaluating its approach to colour cosmetics, and makeup in general. 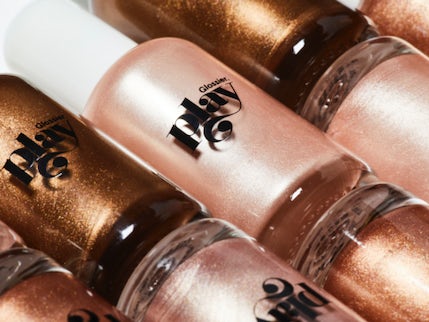 Play was designed for hardcore makeup fanatics who want more than a lip tint or subtle cheek stain, an aesthetic that is at the core of Glossier’s DNA. Where Glossier took on Bobbi Brown and Laura Mercier with its “no-makeup makeup” approach to beauty, Play was designed to convert those who gravitate toward bolder brands, like MAC Cosmetics, Anastasia Beverly Hills and Huda Beauty.

In the end, both brands were chasing the same consumer; two-thirds of people who bought Play already shopped with Glossier. But though Play didn’t exactly put Glossier in front of a new audience, it did little to dent the company’s momentum. The makeup business within the core collection grew by 60 percent in 2019, defying a decline in the US prestige makeup category as a whole. Last year, Glossier’s sales soared by 60 percent, to over $160 million, according to people familiar with the company. Weiss declined to comment on financials.

Weiss said her main takeaway from the whole Play experience is that Glossier doesn’t need to launch new brands to grow. The company raised $100 million in a March 2019 funding round led by Sequoia Capital, which valued Glossier at $1.2 billion.

Going forward, the goal is brand extension, not reinvention. The company plans to release new products at a steady cadence, each pitched as the “perfect” version of an essential beauty or skin-care item.

What she didn’t need to do was call it something else.

This has been Glossier’s ethos since it launched. The brand, which launched with four products, now has 36, ranging from skin care to makeup, body care and fragrance. A rabid community follows every Instagram post and product release. During the weekend after Thanksgiving, when Glossier holds its annual site-wide sale, the brand sold a Boy Brow, an eyebrow grooming pomade, every two seconds and a Balm Dotcom, a multi-use salve, every second.

A London pop-up shop that opened in November proved so successful its lease was extended from three months to a year. Last year, upward of one million people entered Glossier’s two permanent stores in New York and Los Angeles, and pop-ups in Miami, Seattle, Boston and Austin. 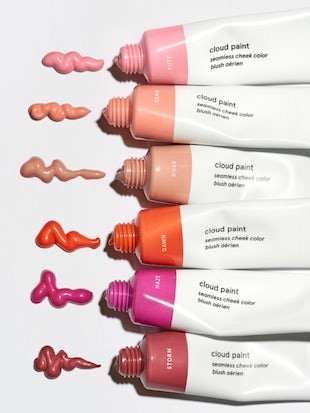 The brand’s value proposition is that consumers trust that anything it releases is worth buying, said Shireen Jiwan, founder of Sleuth Brand Consulting. That can mean colour cosmetics or the pink hoodie (recently seen on Timothée Chalamet) that had a 10,000-person waiting list before it was released.

“[Weiss] figured out what those things are for every element, like the perfect glow in the corner of your eyes that makes it look like maybe you cried a little bit or maybe you were just born looking like a baby – and she drilled it down to 35 perfect products that work on pretty much every skin tone,” Jiwan said. “She made it foolproof.”

In launching a sub-brand, Glossier was following a common path for successful brands, which often look to push into new markets when consumer interest is at its peak. Often these newer labels outperform their parents; J. Crew increasingly relies on Madewell’s growing sales, and American Eagle’s revival stems in large part from the success of its Aerie lingerie brand. Start-ups are attempting to capture the same magic, with Harry’s launching Flamingo for women's shavers and Bonobos developing AYR, a denim brand. Huda Kattan introduced skin-care brand Wishful earlier this month with a single product, the “Yo Glow” facial enzyme scrub.

“What worked for them [Glossier] was curation, consolidation, trust and simplification and they could have done it without the element of fragmentation because the disease of the category, to begin with, was fragmentation,” said Jiwan.

Do we wish we could learn things cheaper? Yes.

A second brand was needlessly confusing. Glossier’s simple messaging was also missing from Play, which was a departure from its main collection of “perfect essentials” she added.

“What she didn’t need to do was call it something else,” Jiwan said. “[She could have] just extended the trust promise into the ‘perfect one-step smoky eye’ or ‘the perfect statement lip.’”

Plus, the investment in a new brand is too time, resource and capital intensive for a company that, at just over five years old, is largely unknown outside a bubble of Glossier obsessed Gen-Z and Millennial consumers. Weiss pointed out that only one in four Millennial women in the US have heard of Glossier. 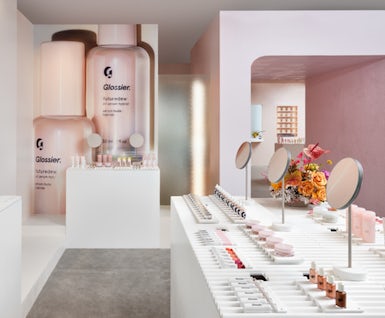 “The brand stands for an attitude and it gives somebody something to have a connection to,” said Kirsten Green, founding partner at Forerunner Ventures, an investor in Glossier. “Right now, what we happen to be selling is skin-care or makeup. Our sweatshirts are selling.”

Play will live on, though it’s being run in line with the main brand now. No new products will be launched, though two — an eyeliner and a lip lacquer — will see shade extensions, the company said. A third product, a glitter gelée, will be discontinued on March 2. That item faced a backlash on its release last year, with some questioning why Glossier, which touts its sustainability credentials with its main line, was releasing a non-biodegradable plastic glitter.

Glossier is also streamlining its presentation. Play’s intricate packaging was a misfire with some consumers, who saw products wrapped in foil inside a box inside another box as excessive. The foil wrapper was phased out in June, and Glossier now offers customers a limited-packaging option that skips the pink pouch and other extras. Orders no longer come with a full sheet of stickers.

Feedback from customers is invaluable to a brand like Glossier, and Weiss plans to keep on listening. While Play may not have yielded the desired outcome, it proved there is an appetite for makeup. If Weiss learned anything, it is that she has permission to build one big superbrand.

“Even companies that have built brands sometimes underestimate the effort involved … they can’t just pump out another brand,” Green said. “It was a really constructive learning process for us. Do we wish we could learn things cheaper? Yes.”