The multi-hyphenate mogul appears alongside Lebron James, Roger Federer and Patti Smith in a major campaign as the LVMH-owned luggage label tries to become a ‘mobility’ brand and build a presence in new product categories.

The multi-hyphenate mogul appears alongside Lebron James, Roger Federer and Patti Smith in a major campaign as the LVMH-owned luggage label tries to become a ‘mobility’ brand and build a presence in new product categories.

The pandemic disrupted, perhaps forever, how people travel. Rimowa saw an opportunity to change the conversation.

Today, the LVMH-owned luggage brand is debuting a new campaign featuring global superstars Rihanna and Patti Smith, as well as past Rimowa ambassadors LeBron James and Roger Federer. The campaign is part of Rimowa’s efforts to evolve from a luggage label to a “mobility brand,“ said new chief executive Hugues Bonnet-Masimbert.

Rihanna’s star power as well as the campaign’s decidedly editorial look and feel distinguishes it from the brand’s past advertising. In one fully saturated image, Rihanna looks at the camera straight on, leaning against an ice machine in an obscure alley. She — as well as the brand’s $1,200 white polycarbonate crossbody bag slung across her chest — serves as the focal point of the image.

It’s an ad you’d expect from a luxury fashion label, not a luggage brand. The campaign, titled “Never Still,” which refers to the name of the accessories collection the brand first launched in 2020, is filled with similarly striking assets. That includes a campaign video, in which all four stars appear, that declares: “No one builds a legacy standing still.”

Despite Rimowa’s 120-plus year history, legacy building — or rather, legacy shifting — is exactly what it’s trying to do. Following the launch of new product categories, including soft crossbody bags, Rimowa’s latest marketing aims to broaden its appeal with a push into lifestyle, building on a company-wide effort already years in the making.

“We are trying to change the way people look at their suitcase, from something that is a beautiful... container to something that also expresses who we are as a traveller,” said Bonnet-Masimbert. 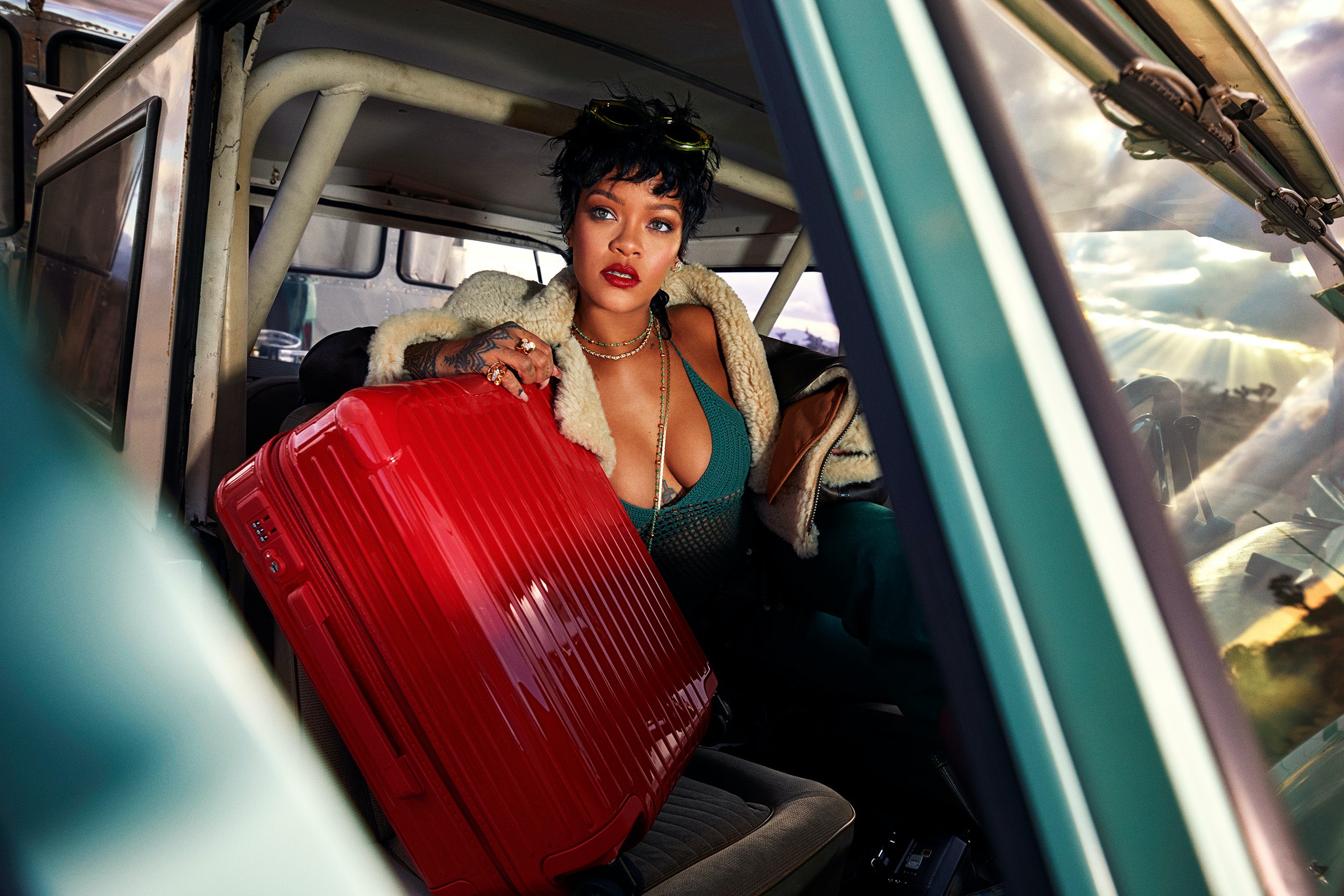 The Rimowa campaign "Never Still" was shot during the height of the pandemic, allowing the celebrity ambassadors featured like Rihanna to maintain more creative control over the shoots, said Rimowa CEO Hugues Bonnet-Masimbert. Courtesy.

That look, according to the latest campaign, varies depending on the ambassador, each of whom was chosen to appeal to broad strokes of potential customers. Images of Federer and James are reminiscent of a more traditional luggage campaign, with simple backdrops and minimal styling, to allow for focus on the products.

Meanwhile, Rihanna’s images look like “they belong in a Vogue or Vanity Fair,” said Sandra Habib, strategy director at branding firm Siegel + Gale, who did not work on the campaign.

“This is signalling that there’s a transition again, from product to more lifestyle,” said Habib. “You still see the product in every single shot, but generally brands that are lifestyle brands are not necessarily focused on a single item or don’t even have their core products in their imagery.”

Rimowa‘s fashion ambitions have been the subject of rumours since LVMH acquired an 80 percent stake in the business in 2016 for $716 million. (In June, the minority shareholder that retained the remaining 20 percent stake exercised its put option, meaning LVMH now owns full control over the brand.) Even before the pandemic, LVMH had set the goal that Rimowa would reach €1 billion ($1.18 billion) in sales by 2023 or 2024.

We are trying to change the way people look at their suitcase from something that is a beautiful ... container to something that also expresses who we are as a traveller.

Bonnet-Masimbert, a 25-year LVMH veteran who served as the brand’s executive vice president of sales and client operations before being appointed to the chief executive role in January, said that he is continuing with the work plan charted out before his appointment alongside chairman Alexandre Arnault. (Arnault, who joined Rimowa after LVMH’s takeover, left his position as Rimowa co-chief executive in January to focus on Tiffany, LVMH’s latest acquisition.)

But the intention in this campaign, Bonnet-Masimbert said, was never to deliberately reach a target audience or “for Rimowa to be perceived as a fashion [brand] or the cool brand,” despite popular collaborations with the likes of Supreme and some of LVMH’s most powerful brands and creatives, such as Dior, Fendi and Virgil Abloh. (The “Never Still” collection and campaign could be a nod to luggage maker turned luxury fashion and leather goods powerhouse Louis Vuitton, which counts its “Never Full” tote among its signature products.)

“We have shown since day one what is cool about Rimowa through things like incredible products,“ Bonnet-Masimbert explained, saying the “maison“ was approaching new product segments, like its soft crossbody purses (launched in August) and backpacks (debuted in January), with the same engineering mindset it brings to its luggage.

The pandemic’s disruption of travel, he said, helped the team rethink how they might better position themselves as part of their customers’ daily lives. That includes shifting their approach to where they reach customers. In 2019, the brand said its marketing had been exclusively focused on digital, but Bonnet-Masimbert said he is open to exploring print and out-of-home strategies going forward.

Bonnet-Masimbert declined to say whether Rimowa was still on target for the €1 billion sales goal but said the brand has taken what “might sound like a serious leap of faith,” as the world recalibrates. LVMH does not report financial performance for individual brands, but its fashion and leather goods category, which includes Rimowa, grew by 81 percent in the first half of 2021 compared to the same period in 2020 and by 38 percent compared to the same period in 2019. The brand has also launched new storefronts in New York, Vienna, Hawaii, and Japan, as well as “several stores in China.”

In order to continue to grow, Rimowa must retain focus on its core business — its hard case luggage — said Mario Ortelli, managing partner of Ortelli & Co. But with the right pricing, marketing and distribution, Rimowa can convincingly push into other product categories that are more insulated from ongoing travel restrictions, he added.

Although it might seem like a risky bet to spend what is undoubtedly significant marketing budget on anything beyond core product, Bonnet-Masimbert said that “budget spent communicating on Rimowa’s ability to cater to all forms of mobility has a halo effect for the entire business.”

“The question is, has the brand got the legitimacy to go into these adjacent segments?” asked Ortelli. “The potential is there because it’s iconic, there is a lot of awareness, they have got some key elements of design that can be adapted in other product categories or in other structures of the bag.”

If there’s a luggage brand that can go fashion, he added, “it’s Rimowa.”

Can Rimowa Pull a Louis Vuitton?