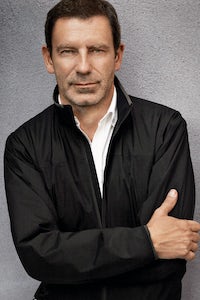 MILAN, Italy — Bottega Veneta creative director Tomas Maier is stepping down from the Kering-owned luxury brand, which came to embody the concept of "stealth wealth" during his 17-year tenure. An announcement of his successor is expected imminently.

"It's largely due to Tomas's high-level creative demands that Bottega Veneta became the house it is today. He put it back on the luxury scene and made it an undisputed reference," said François-Henri Pinault, chief executive and chairman of Kering. "I am deeply grateful to him and I personally thank him for the work he accomplished, and for the exceptional success he helped to achieve."

The German designer was named the creative director of the Italian leather goods maker in 2001 after Tom Ford, then creative director of Gucci and Saint Laurent, enlisted Maier to lead the brand and bring it out of debt and obscurity. Under Maier, Bottega Veneta grew at a rapid pace, surpassing $1 billion in sales by 2012. It became, at the time, Kering’s fastest-growing label and second-largest after Gucci, while still managing to maintain its signature sense of luxury and exclusivity. In 2013, Kering invested in Maier’s namesake brand, which he founded in 1997.

But in recent years, Bottega Veneta has failed to keep growing and its profits have taken a hit. Sales started slowing in 2015 and then dropped 9 percent to €1.173 million ($1.4 billion) in 2016. Leadership cited decreased tourism to Europe as a factor and while Asia accounts for about 40 percent of overall sales, the recent growth other luxury brands have seen in that continent was not enough to offset the slowdown. Revenue growth was essentially flat again in 2017.

It’s unclear how this will impact Kering’s relationship with Tomas Maier, the brand. Representatives for the conglomerate declined to comment. In July 2017, Kering's head of Americas Laurent Claquin added the role of the brand's chief executive officer to his duties.

When former Hugo Boss executive Claus-Dietrich Lahrs was named chief executive of Bottega Veneta in October 2016 — succeeding Carlo Alberto Beretta, who went on to become the chief client and marketing officer at Kering before stepping down last year — he emphasised the need to invest in the existing stores and diversify the brand's category product offering. About 85 percent of Bottega Veneta sales come from leather goods: quiet, logo-less handbags that stand in contrast to the maximalist and label-heavy era ushered in by Gucci and the growing streetwear movement in the last three years.

Since Lahrs' arrival, Bottega Veneta has made attempts to increase its relevance through various marketing efforts. When it celebrated its 50th anniversary in 2016, it re-released a clutch made famous by actress Lauren Hutton in the 1980 film "American Gigolo," bringing her on as a brand ambassador. More recently, it experimented with pop-ups shops in Los Angeles and New York, and shook up its runway show format in February when it took over New York's Stock Exchange building during New York Fashion Week with a theatrical installation.

But in recent seasons, Maier’s subtle and sensual ready-to-wear collections were often met with lukewarm reactions from critics and, more importantly, did not appear to generate excitement and a sense of newness for luxury consumers who rush to buy Balenciaga's sneakers and menswear, turning it into Kering’s fastest-growing brand.  While other "stealth wealth" luxury brands, including Hermès and The Row, continue to experience success despite the prevalence of maximalism in the market, Bottega Veneta has been unable to tap into the current zeitgeist.

While Kering has varied in its approach to hiring creative directors — promoting a long-time designer at Gucci, bringing in a buzzy young name at Balenciaga — the company has reaped the benefits of enlisting designers with strong, youth-driven visions and the talent to shake up a brand. Their collections have appealed to both established luxury consumers and young millennials in Asia.

A feel for handbags will also be essential for Bottega Veneta, bringing another high-profile name to mind; Phoebe Philo, who left Celine about six months ago. "Phoebe has proven to be exceptionally talented when it comes to creating blockbuster high-end handbag styles," Luca Solca, head of luxury goods at Exane BNP Paribas, told BoF when she exited. "With their icons seemingly tired, both Chanel and Bottega Veneta would need that capability."