On Wednesday, Farfetch acquired sneaker and streetwear marketplace Stadium Goods for $250 million in its first major move since going public in September. The fashion platform is looking for greater scale, and the deal allows it to vacuum up valuable new inventory and customers that the company would have otherwise struggled to acquire organically.

Specifically, Farfetch is buying access to a hard-to-reach community of young male consumers who have a trusting relationship with the Stadium Goods brand and spend significant sums on its equally hard-to-acquire inventory of luxury sneakers, which are fast becoming lucrative status anchors for millennial men the way handbags have long been for women.

Stadium Goods will continue to operate independently as a wholly-owned subsidiary of Farfetch, but its entire product selection will be available on the Farfetch platform. “We did not have access to the rare sneakers, to the premium limited editions in the secondary market,” Farfetch founder and chief executive José Neves told BoF earlier in the week.

Farfetch, a marketplace that connects consumers with a global network of fashion boutiques — and, increasingly, brands — has made no secret of its ambitions to go after the entire luxury fashion market, and the move into sneakers is likely to be followed by moves into other luxury product categories, such as watches and jewellery.

But perhaps most interesting about the Stadium Goods deal is the addition of individual sellers to the Farfetch platform. Stadium Goods is part of a new wave of peer-to-peer e-commerce platforms like StockX, Grailed and Goat, where large numbers of male millennials gather to buy and sell streetwear and sneakers to and from each other. Farfetch connects buyers and sellers across the market, so why not individuals as well as boutiques and brands?

The move certainly opens up access to a whole new segment of opportunity for Farfetch at a time when e-commerce players are engaged in what The Business of Fashion and McKinsey’s The State of Fashion 2019 report describes as a “digital land grab.”

Farfetch is gaining on online luxury leader Yoox Net-a-Porter, which digitised the traditional wholesale model. But the next horizon for platforms like Farfetch, as they push to stay ahead of the curve, is business model diversification. “Whether through acquisitions, investments or internal R&D, those players who diversify their ecosystem will strengthen their lead over those who remain pure players relying solely on retail margins,” says the State of Fashion 2019 report.

It makes perfect sense for Farfetch to expand further into peer-to-peer sales, a part of the luxury value chain the company is surely eyeing more closely for categories beyond sneakers. After all, why shouldn’t consumers come to Farfetch for pieces from Phoebe Philo’s ‘Old Céline’ the same way they might now visit the site for a pair of Virgil Abloh-designed Nikes from Stadium Goods?

There is plenty of evidence that consumers want this option — just look at the success of major luxury “re-commerce” players like The RealReal and Vestiaire Collective. A move into resale would also mean these same consumers could resell their previous purchases on Farfetch — themselves or via a concierge service — and have more money to spend on the platform.

On the supply side, Farfetch already has many of the world’s best boutiques on the platform. Of course, department stores still represent a major opportunity. And the universe of brands that have not linked their inventory to Farfetch remains enormous. But the barriers to sourcing inventory directly from brands are high, while the barriers to secondary market inventory are much lower. What’s more, the luxury resale market is still highly fragmented.

Is a major luxury resale site next on the hit list as Farfetch marshals its cash to stay ahead of the curve, participate in the next generation of e-commerce and vacuum up both inventory and consumers in a bid for scale? It would certainly make sense. 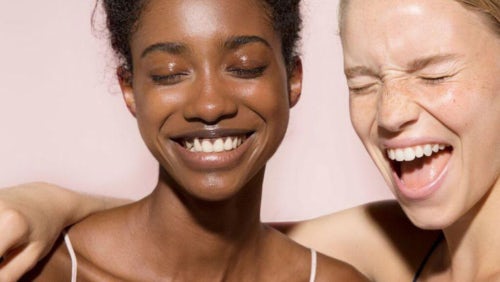 Glossier hits $100 million in sales. The fast-growing millennial makeup company will surpass $100 million in revenue this year, according to chief executive Emily Weiss. It’s one of the rare beauty companies that does almost all of its business online, and what began as a blog in 2010 has become a force in beauty e-commerce, with more than $86 million in venture capital funding raised to date. It does not sell its products at department stores or specialty shops such as Sephora and Ulta.

LVMH to buy Belmond Hotel Group for $2.6 billion. The transaction is LVMH’s largest since taking full control of Christian Dior for more than $7 billion last year, and pushes the company further into services amid rising concern about the sustainability of the Chinese demand that’s driven fashion industry growth. Indeed, as consumers shift spending toward trips, health clubs, restaurants and entertainment, interest in shopping malls is dwindling.

Inditex profit falls short of estimates. The Zara owner missed third-quarter profit estimates due to currency effects and shares slipped 4.5 percent in initial trading. However, the Spanish company maintained sales and margin guidance for the rest of the year, with like-for-like sales growing 3 percent after a good start to the season.

Under Armour's long-term growth view disappoints. The sportswear company fell the most in more than four months after its long-term growth outlook disappointed investors. Shares slid as much as 9.9 percent, their biggest intraday drop since July 27, and stock lost 15 percent over a four-day skid but is still up 42 percent in 2018.

Superdry burnt again by warmer weather. The company said it had been going through a "difficult trading period" and said it expects to take another hit on profits in December if trading conditions do not improve. Unusually warm weather through the British fashion chain's two biggest trading months in November and December prompted it to warn of an £11 million hit to profit last month.

Luxury stocks resume slide as ‘third phase of slowdown’ starts. Shares of Moncler, Tod’s and other European luxury stocks dropped, as analysts flagged a succession of “negative signals” from high-spending consumers in that region, the Middle East, China and Japan, which could trigger sales and profit downgrades. Moncler was the worst-performing clothier down 2.7 percent and Tod’s fell 4.1 percent, while Kering, LVMH, Hermès and Burberry were were down at least 1 percent. 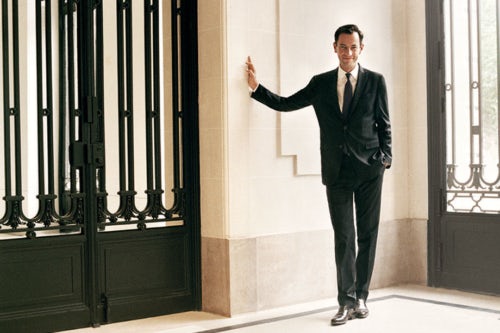 Maison Kitsuné hires creative head from Celine. The Parisian label has appointed Yuni Ahn as creative director and will present a collection for the first time during Paris Fashion Week — a major milestone for the brand, which currently generates over 40 million euros in annual revenue. Ahn joins Maison Kitsuné from Celine where she was design director under Phoebe Philo.

Pierpaolo Piccioli, Clare Waight Keller win at Fashion Awards. Meghan Markle, now the Duchess of Sussex, made a surprise appearance to present Givenchy designer Clare Waight Keller with the British Designer of the Year for Womenswear award. Meanwhile, Gucci's chief executive Marco Bizzarri beat out José Neves of Farfetch for the Business Leader award. In a double win for the brand, Gucci creative director Alessandro Michele received the Brand of the Year award. The Designer of the Year award went to Valentino's Pierpaolo Piccioli.

Diversity on magazine covers increased by a record double-digit percentage in 2018. An analysis of nine major US fashion magazines showed that in 2018, 62 of 128 covers (48.4 percent) starred people of colour, a record 17 percent jump from 2017 and higher than any increase seen in five years. September issues had 54.5 percent of covers featuring people of colour, a 32.3 percent increase from 2017.

Another Man’s Alister Mackie launches new annual magazine. The London-based stylist and creative director has a new publishing project: The Leopard, a limited-edition annual magazine designed to showcase emerging talent, queer and youth culture, and images from the vintage cult titles he collects. Art directed by Jamie Andrew Reid, it will debut with 1,500 copies, has no advertising pages and is funded by Mackie with no link to Dazed.