NEW YORK, United States — Like countless other digitally native brands, Naked Cashmere found its first customers through ads on Instagram and Google searches. But for its latest sales push, the company turned to a marketing tactic from another era: paper catalogues, sent through the mail.

Bruce Gifford, founder of Naked Cashmere, was initially dismissive. But when he spoke at a financial conference in early 2017, a private equity investor convinced him to try it out: he spent $125,000 on a 36-page book featuring the brand’s cashmere cardigans and jumpsuits, with a goal of spurring about five times that in sales. But the payoff was even greater, amounting to seven times the his initial investment.

“It’s been a terrific way to acquire new customers,” he told BoF. “We’ve actually reduced paid social to increase our budget for catalogues.”

For decades, retailers used catalogues — often hundreds of pages thick — to showcase their inventory and sell products via mail or telephone orders. The Sears catalogue was to 20th-century retail what Amazon has been to the sector in the 2000s. Brands like Victoria’s Secret relied on catalogues for half of overall sales in the 1980s, while J.Crew catalogues were ubiquitous in the 1990s, as was the zany style of Delia’s in the early 2000s.

But with the rise of e-commerce, catalogues fell out of favour. The number of catalogues mailed in the US fell by more than half between 2007 and 2017, to 9.4 billion, according to the Association of National Advertisers. 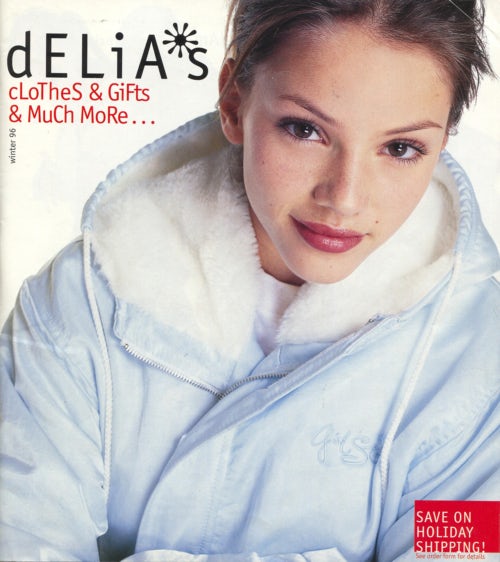 Marketers say they’ve started to see a rebound in the last couple years, mainly from online brands, which now fill the mailboxes of their millennial consumers. They see mailings as a low-cost alternative to advertising on search engines and social media, where costs have risen as more companies look for new customers online. Today’s iteration of catalogues are slimmer and less product-driven. Consumers are encouraged to purchase items online, often with a special discount code in the catalogue.

“I think digital communications are starting to overwhelm people, and a well-designed piece of print advertisement can be an unexpected touchpoint,” said Colin Nagy, head of strategy at creative agency FF New York.

But as mailboxes are once again filling up with promotional booklets, how can a brand stand out? Here’s BoF’s guide to tackling catalogue marketing.

As a general rule, brands should try for an even mix of old and new customers when designing their mailing list, said Donna Belardi, co-founder and president of Belardi Wong, a leading catalogue service provider, with clients including J. Crew, Allbirds and Levi’s.

However, the mix may lean more toward new customers for a fledgling brand, while digital heavyweights like Bonobos tend to favour existing shoppers.

Brands and catalogue companies acquire addresses from “co-ops,” where retailers share customer information that can be split into target demographics not unlike customer “pools” on Facebook and Instagram. For instance, an apparel company can acquire the addresses of customers that have shopped at a similar store in the past six months.

According to Belardi, the average small- to medium-sized direct-to-consumer business mails out 2 million to 4 million catalogues a year at a cost of about 60 cents per book. And there’s a reason people suddenly receive the same company’s catalogue multiple times in rapid succession.

“Someone might get a catalogue in the mail and see it for the first time but it’s the second or third catalogue … that gets them to finally make a purchase,” Belardi said. “It’s a mix of art and science.”

Naked Cashmere, whose parent company 360 Sweaters is on track to post $50 million in sales this year, plan on mailing out six catalogues in 2019. Belardi clients will mail anywhere from six times a year to every month, she added.

Unlike the dense catalogues of the past, mailers today are shorter because there’s no longer a need to feature every single product a brand carries when the online shop is at a consumer’s fingertips.

Many catalogues now look more like magazines, and some brands produce editorial content. MM.LaFleur founder Sarah Miyazawa LaFleur calls her catalogue a “magalog” — a hybrid between a traditional catalogue showcasing the brand’s affordable luxury workwear and profiles of its customers.

“It’s inspired by my growing up in Japan, where I grew up reading catalogues with [models] dressed as professional women,” LaFleur said. “Growing up, reading that, I was like this is exactly the type of person I want to become.”

Throw out pre-conceived notion of what a catalogue is, and use it as a conduit to deepen the relationship between a consumer and a brand.

By featuring the brand’s own customers — women in various professional fields — MM.LaFleur is able to generate high engagement that converts into sales. “Facebook for us has gotten increasingly expensive,” LaFleur said. “With catalogues, we’re seeing a lower [customer per acquisition] cost.”

Great editorial content in a catalogue, according to FF New York’s Nagy, sells not only products but also a “worldview, a vibe,” with seductive copy.

“Throw out [the] pre-conceived notion of what a catalogue is, and use it as a conduit to deepen the relationship between a consumer and a brand,” he said. “Beautiful storytelling around the product allows consumers to go much deeper than a digital transaction or being retargeted when they’re surfing the internet.”

In J.Crew’s latest catalogues, its classic lifestyle images now feature real-life customers rather than models and are supplemented by pages about the company’s employees.

“Companies that are mission-based and have a sustainable component can talk more about their products [and] come through really well on a catalogue, where you might not necessarily see it the same way on a website,” said Belardi.

An engaging catalogue photoshoot may cost more than just product images, but retailers can reuse the content online and on social media.

“Our shoot budget went up, tripled, when we started doing catalogues but we’re taking advantage of all our content,” said Naked Cashmere’s Gifford. “So suddenly our web content is extremely elevated.”

Stick to the classic format

While catalogue content should have an edge, the classic 8-by-10-inches magazine format has proven to be the most consistently effective, according to Belardi.

“There’s definitely a correlation between square inches and response rates,” she said. “Never [send out] just a postcard to new customers unless you’re selling one hot product … a compelling assortment of products to warrant creating 30 pages or more.”

And even though retailers today can experiment with more whitespace and less density on the page, products ultimately should drive a catalogue’s design. That’s why, Belardi added, brands with one or just a few products typically don’t see success with catalogues — there are simply too few items to show.

One factor separating today’s catalogues from previous generations’ is data. With online sales, virtually every transaction can be traced to its source of conversion — the same address where a mailing was sent.

Among new customers, the average conversion rate is 1 percent to 2 percent, according to Belardi. That means if a brand mails a catalogue to 100,000 people who may or may not have already heard of the company — 1,000 of them will make a purchase within six months.

Among existing customers, whose address and contact information are already available to a brand through prior transactions, the conversion rate tends to be much higher: between 4 percent and 5 percent.

Bonobos has seen a lower rate of conversion for prospective customers but much greater success for existing customers, according to CEO Micky Onvural. (The Walmart-owned menswear company handles its catalogues in-house.)

“For us, though, if someone comes and engages, it’s not about the channel,” she told BoF. “We don’t see a difference in lifetime value between [marketing avenues].”

It’s also helped our digital business because we can compare catalogues sales with non-catalogue sales.

About four to six weeks after a catalogue is mailed, a brand can assess its total sales in that period and match each transaction against its catalogue mailing list to find out the amount that it drove — that number is called sales per book.

“From an analytics standpoint, it’s just been fascinating,” said Gifford. “The matchback has been tremendously helpful, but it’s also helped our digital business because we can compare catalogues sales with non-catalogue sales.”

With this data, companies can refine their mailing list, which comprises of different segments of consumers: location, income level, age, frequency in purchasing similar items, etc. One segment may work better than another.

“It’s all about tightening and expanding, and testing out each segment,” Belardi said. “A typical segment might be female consumers that bought a fashion product in the last three months who spent more than $150. If that works well with catalogues, then the next step would be to look at people who bought six months ago with the same criteria.”

The process isn’t as quick as analysing digital acquisition channels such as web ads and social media, but Belardi added that her team is working on a real-time results database that pulls in sales data much quicker from their clients and loads automatically into a dashboard.

“A sophisticated direct mail program can yield four times on investments,” she said. “At the end of the day, it really is a very cost-effective channel.”

Why Catalogues Survive in a Digital Age