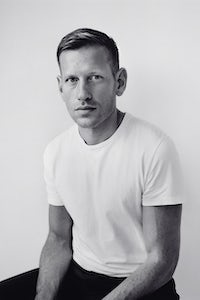 Sally Singer promoted to Vogue creative director
American Vogue’s digital creative director since 2012 has been promoted to creative director of the entire magazine, overseeing projects across print and digital. David Sebbah, who oversees the art department for Vogue, Architectural Digest and W, will continue to have the same job title, which Grace Coddington also held at the magazine until she reduced her styling and editing duties in 2016. It is understood that Singer continues to report to Anna Wintour in her new position.

Virginie Viard named Karl Lagerfeld’s successor at Chanel
Following the death of Karl Lagerfeld on Tuesday, February 19, Chanel has announced that Virginie Viard, Lagerfield’s closest collaborator for over 30 years, will take over as creative director of the brand. Viard started as an intern at Chanel in 1987 and rejoined the company 10 years later with Lagerfeld, where she coordinated haute couture, and later ready-to-wear.

Sears chairman steps down
Eddie Lampert has stepped down as chair of Sears Holdings' board of directors, with immediate effect. The departure of Lampert, who stepped down as chief executive of the company last year, is joined by that of Kunal Kamlani, president of Lampert’s hedge fund ESL Investments.

American Eagle Outfitters adds to board of directors
American Eagle Outfitters has appointed Deb Henretta to the board of directors, in a move that sees the third woman to be added to the board, with immediate effect. Henretta also currently sits on a number of other company boards, including technology company Corning and real estate firm Meritage Homes.