LOS ANGELES, United States — Natalie Portman is Miss Dior. Michelle Williams is a Louis Vuitton muse worthy of both Marc Jacobs and Nicolas Ghesquière. Margot Robbie managed to win over Calvin Klein with just a few prominent films to her name. Dakota Johnson has been identified as a participant in a “secret project” yet-to-be-revealed by Gucci, a brand she frequently wears on the red carpet. And then there is Selena Gomez, once relegated to teenage pop stardom, whose career transformation has been punctuated by turns at both Louis Vuitton and Coach.

Of course, Hollywood stars have long been a key component in the marketing of fashion and beauty brands. But there is something beyond fame, beauty and talent that helped earn this particular group of women several of the most-coveted contracts in the business. What they share is not an aesthetic — or even a publicist — but, instead, a red carpet alchemist.

Call it the Kate Young Effect. The New York-based stylist’s roster is filled with Hollywood “it-girls” and superstars alike who are beloved by the fashion industry, where she started her career as American Vogue editor-in-chief Anna Wintour’s assistant in 1997, before eventually becoming a market editor and then an assistant to fashion director Tonne Goodman. While Young, 41, has spent a significant amount of time in the media world — completing stints at Interview and InStyle after her seven years in the Vogue trenches — she has found her greatest success away from it.

“For a really long time, it wasn't cool to be dressing celebrities — at all,” Young says, sitting in the corner table in the salmon-hued Sant Ambroeus restaurant in New York’s Nolita neighbourhood, a favourite gathering place of fashion’s downtown crowd. It’s an off-hour, though, which means there are no power publicists or indie magazine creative directors here to eavesdrop on our conversation. “My celebrity thing was a dirty little secret,” adds Young, whose bleached blonde hair is showing just the right degree of darker roots, illustrating her exacting ability to look just-undone enough. “But it came naturally to me. It's easier for me to dress a three-dimensional woman than a two-dimensional one.” 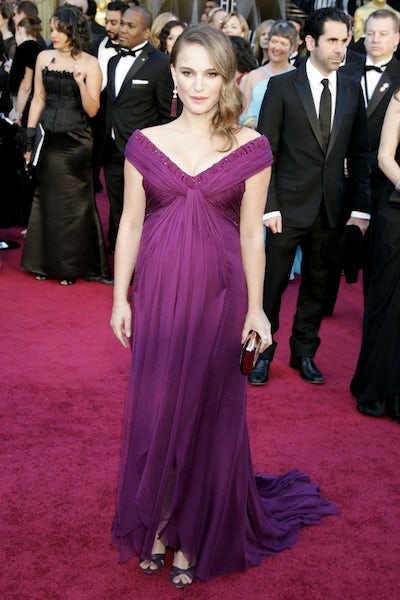 In 2010, after having her second son, Young decided to concentrate on celebrity dressing, accumulating a small but high-impact client list that currently includes Natalie Portman, Margot Robbie, Dakota Johnson and Selena Gomez, as well as Rachel Weisz and Sienna Miller. Along the way, she has also managed to start her own brand, netting her very own Target collaboration and a partnership with Tura eyewear. She has ambitions to launch a full-fledged accessories collection.

In 2012, just two years into committing to the red carpet, Young was ranked number 1 on the Hollywood Reporter’s highly regarded “Most Powerful Stylists” list. (She was awarded the top spot once again in 2016.) But she won’t cop to being the secret ingredient to her clients’ successes in scoring fashion campaigns. They, however, are more willing to give credit where credit is due. When asked whether working with Young on red carpet looks helped to frame how the fashion world views her, Robbie replies: “Absolutely. Kate is the cool girl of fashion and having an affiliation with her definitely helps. She understands my style and how I like to dress.”

What Young will acknowledge is that part of her job is convincing brands that certain actors are worthy of their attention. “I have taken on clients who maybe haven’t looked the way the brands see as their ideal,” she says. “Brands have an approved list. When I ask for clothes with a new client, I often get a quick no. That’s when I get on the phone or take them to lunch and say, ‘This is what I’m doing with her. This is my vision. You can trust me not to misuse the clothes.’ Sometimes it works right away, sometimes it never works.”

It’s safe to say, though, that in most cases, Young eventually makes it work. That’s because the stylist, unlike many of her contemporaries, remains deeply embedded in the fashion industry. Fashion, not celebrity, is her real trade.

And so it’s been from the beginning. Early on in her styling career, Young began forging relationships between stars and designers, like she did with then-client Jennifer Connelly and Ghesquière, when he was still at Balenciaga. Connelly now works with Leslie Fremar (another ex-Wintour assistant), but her relationship with Ghesquière, the current Louis Vuitton women’s artistic director, remains intact. (Young, too, still regularly works with the designer.)

Over the years, Young has earned a reputation for dressing her clients in serious fashion without forgoing the pretty factor. “She has a way of making it look like the clothes you're wearing could perhaps belong to you, not as if four people helped you get dressed,” Robbie says.

Consider longtime client Michelle Williams in a chiffon Vera Wang confection — made not too sweet by it’s mustard-yellow colour — at the 2006 Academy Awards, or pregnant Natalie Portman draped in magenta Rodarte in 2011. 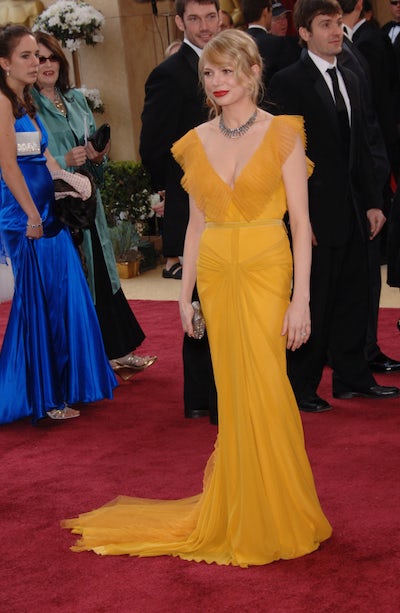 In 2017, both of these actresses are nominated for Oscars, which means Young is headed to Los Angeles on Wednesday to ensure their custom gowns — as well as Johnson’s, who is slated to attend — are ready for the scrutiny that Sunday’s Academy Awards will bring.

What exactly they’ll be wearing will remain under wraps until that evening. While Williams is likely contractually obligated to wear Louis Vuitton, Portman’s beauty contract for Dior allows for more flexibility, which means she very well may wear another designer. Johnson, whose mystery project with Gucci is still unknown, tends to favour the work of Alessandro Michele for her red carpet appearances.

“There are many more press events now and much more attention paid to what we wear than ever before. It truly is a full-time job to choose everything for every occasion,” says Portman. “It’s very lucky to have someone who curates those choices for you, so that we actresses can do our full-time jobs — namely, act. And it's especially lucky to have a stylist who has taste as excellent as Kate's and who is able to recognise each individual client's style and body specificity, so that we don't end up looking like each other.”

But perhaps what makes Young stand apart most is her ability to change the conversation around a star, both on and off the red carpet. For instance, when Gomez arrived at the 2014 Teen Choice Awards in a black Saint Laurent jumpsuit, people talked. What followed has been a nearly three-year parade of irresistible looks — from Proenza Schouler’s tied-up geometric knit frock to Dior’s sharp-and-sexy micro mini — culminating with Gomez sitting shoulder to shoulder with Wintour at Coach’s Autumn 2017 show in February. “I think Kate has a really natural way of styling that feels easy,” says Gomez. “She knows how to capture my personality.”

It’s not just clients who benefit from Young’s touch, of course. Both established and emerging designers often see a boost when she pairs the right look with the right girl. That’s exactly what happened when the fashion-savvy Miller — who Young outfitted for what was essentially her “comeback” tour in October 2015, when the actress had a spate of movies to promote — wore then-brand-new Monse on the Tonight Show, catapulting the nascent label into million of American homes just a month after its first New York Fashion Week show.

“Jimmy Fallon cracked an egg on [Miller’s] head and Kate wanted to have our deconstructed shirt dry cleaned,” recalls Monse co-designer Fernando Garcia, who was acquainted with Young from years of designing red-carpet dresses for Oscar de la Renta. “I told her not to. I want that stain on there forever.”

Just what, though, is Young’s secret sauce? Like any stylist, she has had plenty of misses, and clients with whom she has parted ways. “Sometimes it doesn't work,” she says. “Sometimes they fire me or I fire them.” But she is attuned in a way that puts performers at ease. “Kate is a very complete person who has many interests outside fashion,” Portman says. “That she cares about art, music, books, family, politics, allows me to feel that the time we spend together not only amounts to fun fashion, but also to a meaningful friendship.”

She also has something many image-makers — from the red carpet to the runway — lack: discipline. “You have someone who has access to every single house; she could put her clients in the most over-the-top, embellished gowns,” Garcia notes. “But she chooses pared down, modern looks. That takes restraint.”

“I aspire to be as minimal as possible,” Young says. “It’s not about showing them every look that was important, it’s about showing the right looks for them. I’m very precise.” Precision, in Young’s case, is a calling card.