Another Challenge to Nike Falters 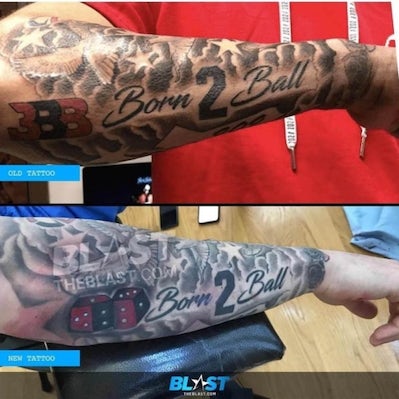 NBA star Lonzo Ball covered up a Big Baller Brand tattoo amid rumours he would sign an endorsement contract with Nike | Source: Instagram/@blast

Readers who aren’t basketball fans could be forgiven for missing the latest edition of the "Lonzo Ball" show, the saga of a rising star and his highly entrepreneurial father (think "Keeping up with the Kardashians" with more free throws). Though it's now dissolved into allegations of fraud, BBB was the latest in a series of mostly unsuccessful attempts to crack the sneaker duopoly in America. Multi-million-dollar athlete endorsement contracts are one of the most powerful tools Nike and Adidas use to maintain their stranglehold on the US sneaker market, with their dollars trickling down through every level of professional sports. Other brands occasionally sign a couple high-profile players, hoping it will put them on the sneaker map (examples include Under Armour with Stephen Curry and Li-Ning's "lifetime contract" with Dwyane Wade). But they and true independents like BBB and the Starbury before it have done little to shake up the existing power structure.

The Bottom Line: Even with sneakers increasingly seen more as lifestyle accessories than athletic gear, Nike and Adidas still have the advantage, as they can throw more money at top talent and outspend smaller competitors on marketing to turn athletes into style icons.

In the UK Beauty Market, First Impressions Are Everything 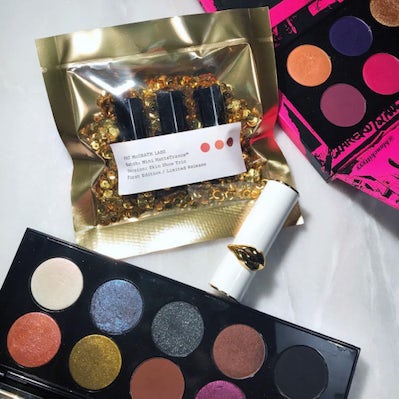 For an upstart beauty brand that’s already taken the US market by storm, the next step is global expansion, with the UK as a logical starting point. But a reverse British invasion involves more than adding a “u” to “color cosmetics.” Getting unfamiliar products in front of customers in this £2.7 billion market is a challenge, as online penetration is low and Sephora isn't an option. A Londoner looking to sample Fenty must trek to the Harvey Nichols in Knightsbridge; a New Yorker can walk into any of nearly 30 Sephora locations. Brands must therefore make an enormous splash at launch to ensure customers hear about unfamiliar products in order for conventional social media campaigns and advertising to be most effective. Glossier’s digital-native branding travelled well across the Atlantic. Drunk Elephant opened a pop-up in London and is stocked at online retailer Cult Beauty and SpaceNK, a mini-chain with nearly 70 stores. McGrath has personal celebrity and a brand valued at $1 billion, but she's not taking any chances. Her UK launch includes special events, a takeover of Selfridges' display windows and limited-edition collaborations with Prada, Versace and more.

The Bottom Line: Pat McGrath and other US brands need to make as big a splash as possible with their UK launches, and then try to sustain that buzz online to make up for the lack of street-level exposure.

Has Progress Toward Equal Pay Stalled? 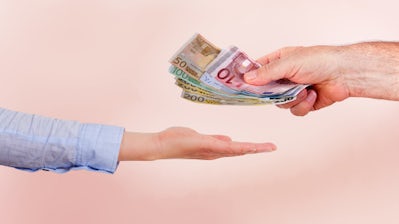 Equal Pay Day marks the date the additional days into the new year an average woman must work to match the salary a man earned in the previous year. Last year, the UK government began requiring large employers to break out exactly how wide that gap was, and few fashion brands, retailers or publishers came out looking well. Most brands far exceeded the average 9.7 percent gap, including Burberry at 26 percent, MatchesFashion at 29 percent and Missguided at 45 percent. Dolce & Gabbana didn't bother filing a report at all. Many vowed to do better, and this is a rare area where those pledges can be weighed against hard data. Only a few companies have reported results for 2018 (the vast majority wait to file until just before the deadline). Those that have showed improvement: Gucci's pay disparity fell from 4.7 percent to 2.4 percent and AllSaints from 13.6 percent to 10.4 percent.

The Bottom Line: At many fashion companies, women tend to be concentrated at the lowest rungs, including the shop floor, while the C-Suite remains male-dominated. Gender parity at the top would go a long way toward closing the wage gap. 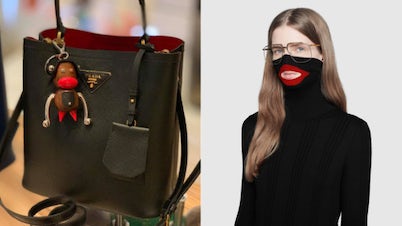 "Having a legitimately diverse workforce on all levels would nip most of these problems in the bud. You need people with the ability to see an imminent cultural faux pas and a company culture that highlights speaking up when you see something wrong. The companies that are making these egregious mistakes are lacking in either one or both of these areas." -@chocol8thunder, commenting on "How to Handle a PR Crisis in the Age of Call-Out Culture"