At BoF's inaugural West Coast summit, industry leaders decoded the ways in which technology, entertainment and social justice are rewiring the industry — and turning California into a haven for some of the most innovative fashion and beauty companies.

At BoF's inaugural West Coast summit, industry leaders decoded the ways in which technology, entertainment and social justice are rewiring the industry — and turning California into a haven for some of the most innovative fashion and beauty companies.

LOS ANGELES, United States — “When a product sells out, it’s the most gratifying feeling in the world,” Kim Kardashian West declared onstage at BoF West, The Business of Fashion’s inaugural West Coast summit, presented in partnership with Unibail-Rodamco-Westfield. Sitting alongside her mother and manager, Kris Jenner, the entrepreneur and super influencer spoke with BoF’s founder, CEO and editor-in-chief Imran Amed, in front of an audience of more than 300 industry leaders and guests inside Westfield Century City Mall's light-filled atrium.

Kardashian West, who was featured on the cover of BoF’s latest print issue, capped off an afternoon of three frank discussions with entrepreneurs, stylists and influencers who exemplify how California — and LA in particular — has become a haven for fashion’s forward-thinking ventures. 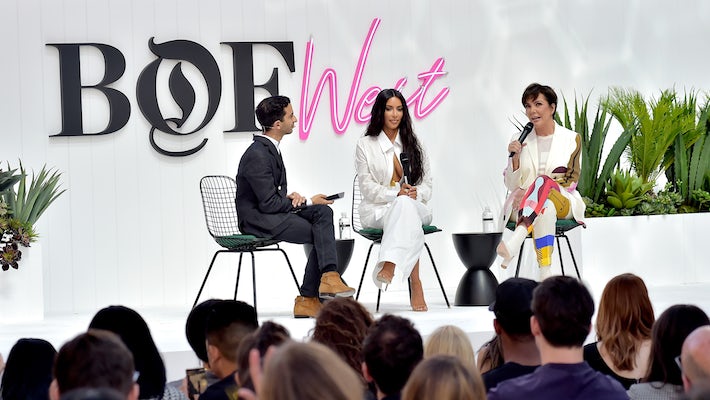 It was a celebratory close to a day where innovation served as inspiration. “The West Coast of the US has long been a destination for people who innovate, people who want to reinvent themselves and people who want to reinvent the world,” Amed said as he welcomed attendees to the summit on Monday afternoon. “California is a magnet for those who believe in renewal and new possibilities. And now the fashion and beauty industries are intersecting with technology, entertainment and all the other exciting industries that are here.”

BoF West kicked off with a roundtable of three of the most followed founders and entrepreneurs in fashion and beauty — Stitch Fix’s Lake, Everlane’s Preysman and Beautycon’s Mahdara, in conversation with BoF’s chief correspondent in New York, Lauren Sherman — all of whom have built their businesses with headquarters in California.

“[In New York], there is a lot of criticism of ideas,” said Preysman, whose company is based in San Francisco. “On the West Coast, there is more openness.” But he said there is more scepticism of retail companies, which has made raising funding more of a challenge.

Lake agreed, adding that the push to do more with less capital helped turn Stitch Fix, which raised only $42.5 million in venture capital funding and is now a public company with about $1 billion in annual revenue, into the force it is today. “There was a disbelief that it was possible,” she said.

But by approaching their respective industries from outside the insulated communities in the fashion capitals — and without the traditional training of some of their predecessors— all three entrepreneurs were able to see new white spaces in their markets.

“I couldn’t believe the lack of representation in the industry, not only from a product point of view, but from a leadership point of view, from a creative point of view,” said Mahdara about Beautycon’s mission after she took over the beauty trade show-turned-festival in 2014. “It was very obvious that there was an absence of communicating with consumers.”

Proximity to Silicon Valley has also been a boon to their businesses, not only for finding talent but also for thinking differently about priorities. “All companies need to figure out how to use technology not just to succeed but to exist in the future,” said Lake. “Embracing technology and innovations is going to have to be normal, and part of what we do well, in order to exist.”

“Your ability to have conversations with your customer, use that feedback, get smarter and improve your brand every day — that’s a must,” said Preysman.

“We are in an amazing time where experiential retail and commerce and content are really playing with each other,” said Mahdara. “Communities and tribes are what are driving brands forward.”

In a conversation led by Min, celebrity stylists Saltzman, Welch and Bolden spoke with The Hollywood Reporter’s McColgin about how the social movements disrupting Hollywood — #MeToo and #TimesUp — are changing the way actors and brands approach the lucrative marketing platform that is the red carpet.

Bolden — who represents actresses Taraji P. Henson and Yara Shahidi, among others — said his clients have always had very clear points of view when it comes to politics and social issues. “So when it comes to looking at beautiful collections, I have to be very conscious of what each brand stands for,” he said.

“The brands that are going to be successful in this day and age are the brands that are politically aware and are going to support [causes], it’s an adaptation,” added Welch. After Dolce & Gabbana designer Stefano Gabbana posted a negative comment about Selena Gomez recently on Instagram, for example, Welch said she pulled the brand from a fitting.

But Bolden said that several of his clients, many of whom are black women, still don’t have access to the same level of designer collections as other actresses in Hollywood. “Still today I have to constantly convince [brands] that the metrics that Taraji [P. Henson] will bring to your company are astronomical compared to whoever,” he said. “For me, it’s a different shift that I’m waiting to see.”

“There is a seismic shift, but it’s still going to be about listening to your women and working together to make the best choices you can,” said Saltzman. “It really is teamwork.”

Kardashian West and Jenner closed out the summit, taking to the stage amidst shrieks from the balcony from fans eager to hear them speak about working together as a family and turning influence into a formidable product business.

“With social media, you can have a direct to consumer business, and if you market yourself the right way and promote it the right way, you can have a very successful business,” said Kardashian West. “I don’t really look at the traditional forms of [beauty that] I’m seeing in magazines…. I’ve always done what felt right, what feels good, not really worried about what I think the consumer wants, but instead kind of guide them with what I want. If you have your own business and it’s run by social media, you can have the power to do that.”

And Kardashian West’s power is formidable. When her KKW brand’s “contour kits” debuted last year, she sold over 300,000 units in the first 24 hours, turning over $14 million in sales.

Jenner agreed, and characterised her role in the many family businesses she has built with her daughters as a train conductor, keeping plans in place, and firefighting, solving crises — which can sometimes mean healing disagreements among the sisters.

“My job is really to lead in the direction of where their passion is, figure out what a business might look like, how to get it off the ground,” said Jenner. “The girls are all so creative and they know exactly what they want.”

“My mom runs a really tight ship, so working for Kris Jenner is a really difficult thing,” said Kardashian West.

So does Jenner have an overarching business philosophy? “If someone says no, you’re talking to the wrong person. So just never give up. If you have an idea and you feel passionate about doing that as a business… really make a commitment. Then let’s figure out how to do it. Let’s roll up our sleeves and find someone who shares the same joy.”

That same spirit of collaboration permeated BoF’s first West Coast summit as the evening continued at dinner upstairs. “The Business of Fashion is a company that wants to have real engagement with everyone in the fashion and beauty industries, but also with wider communities in technology and entertainment — and beyond,” Amed said. 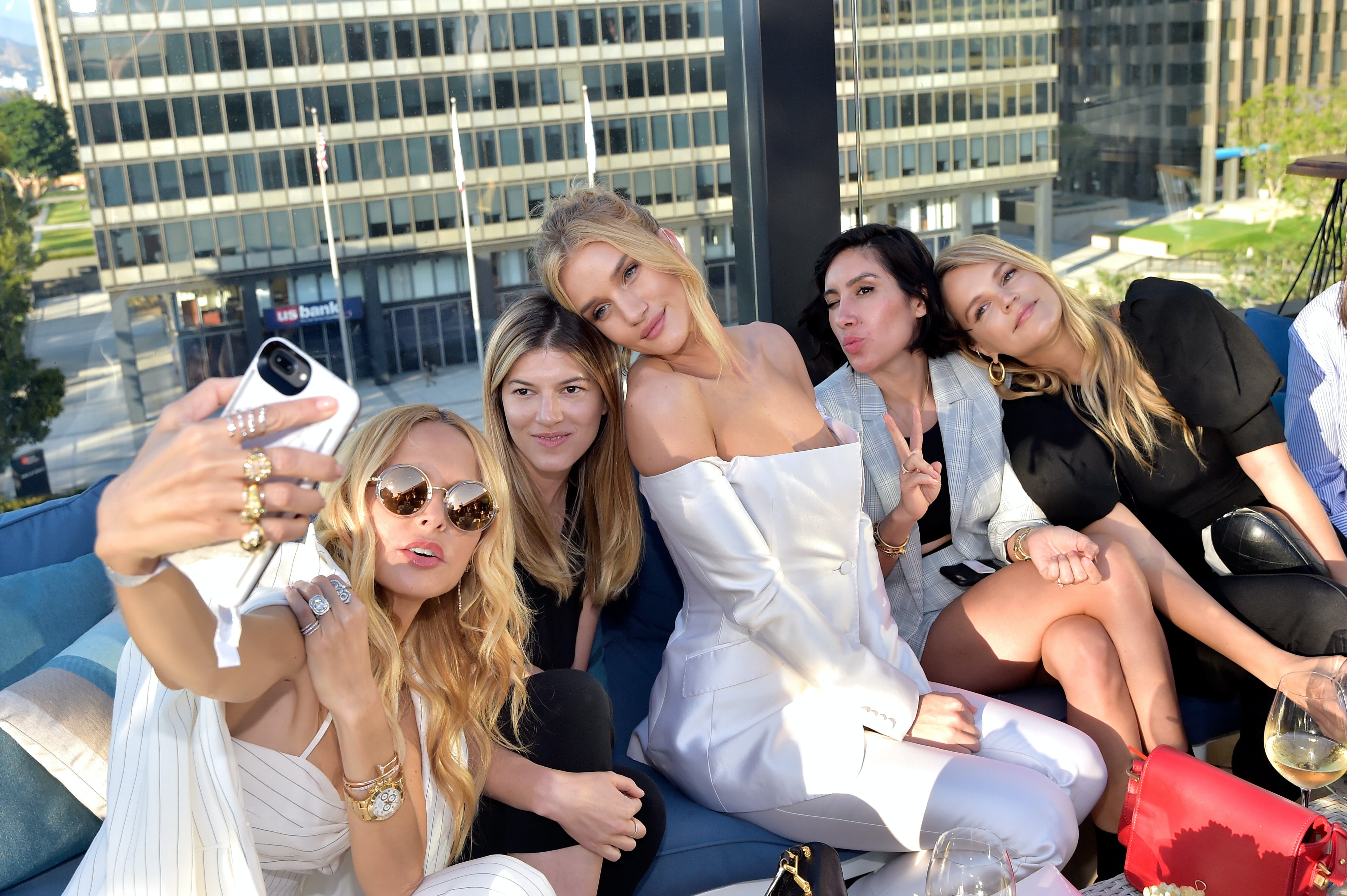 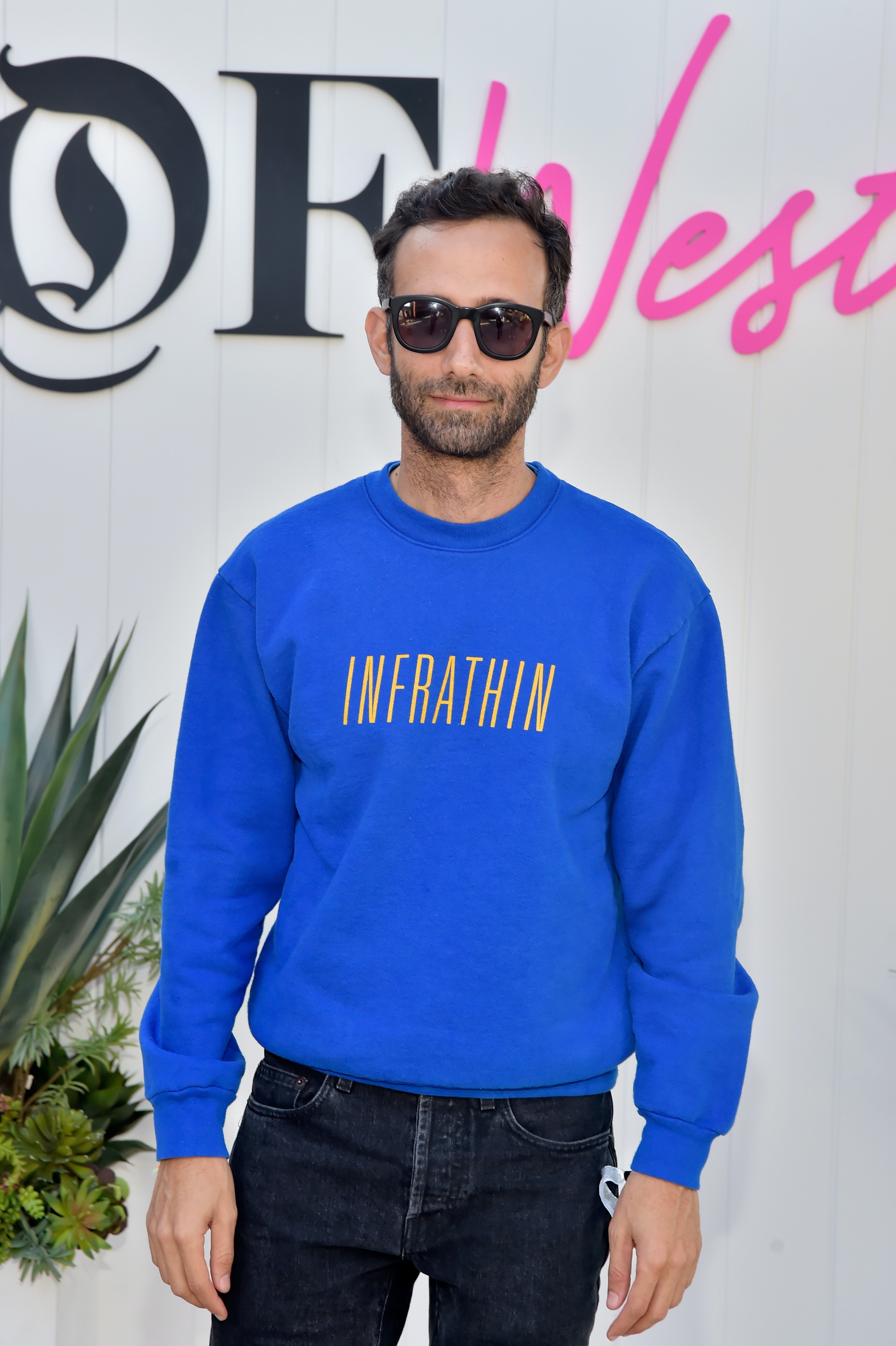 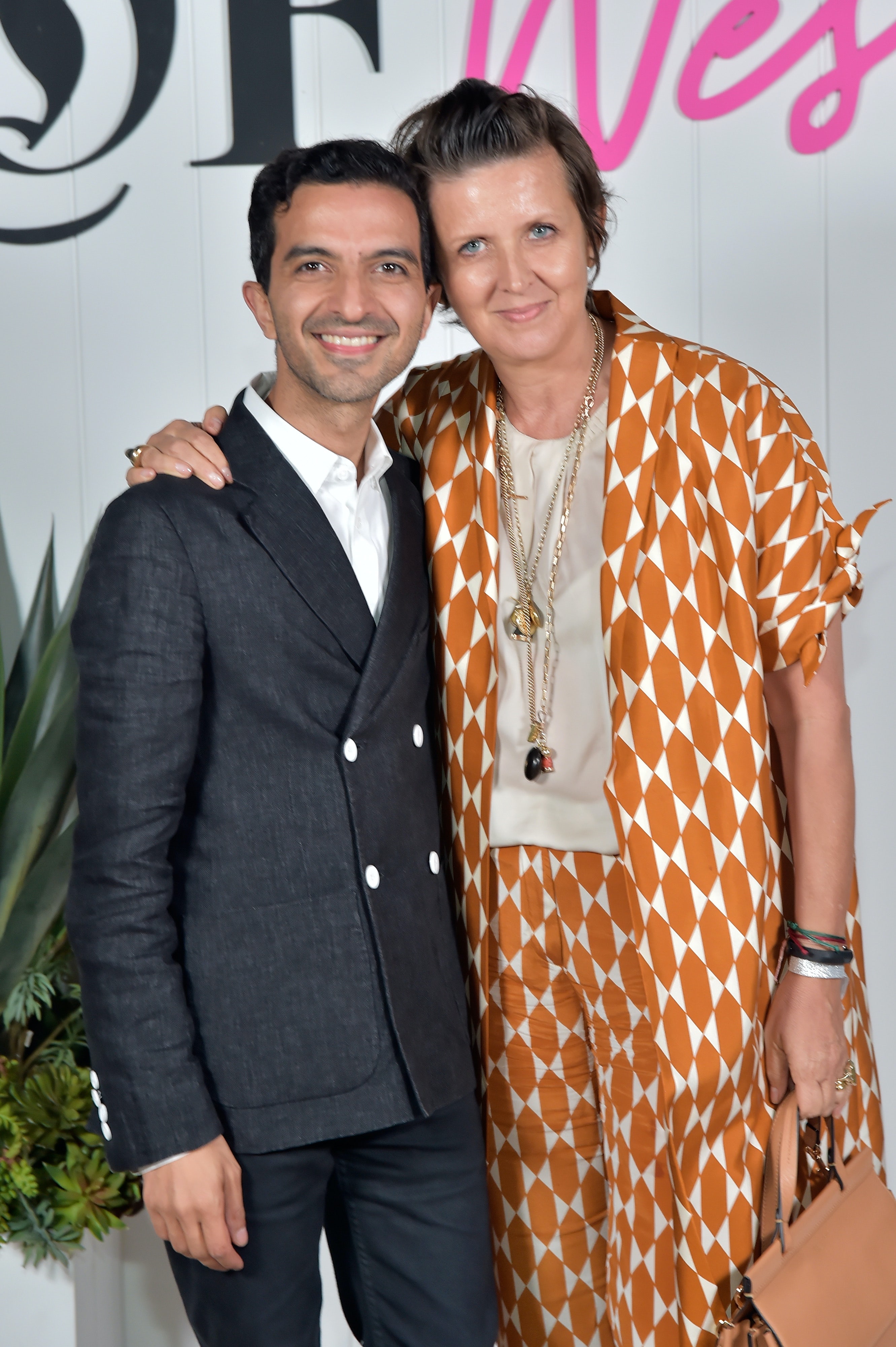 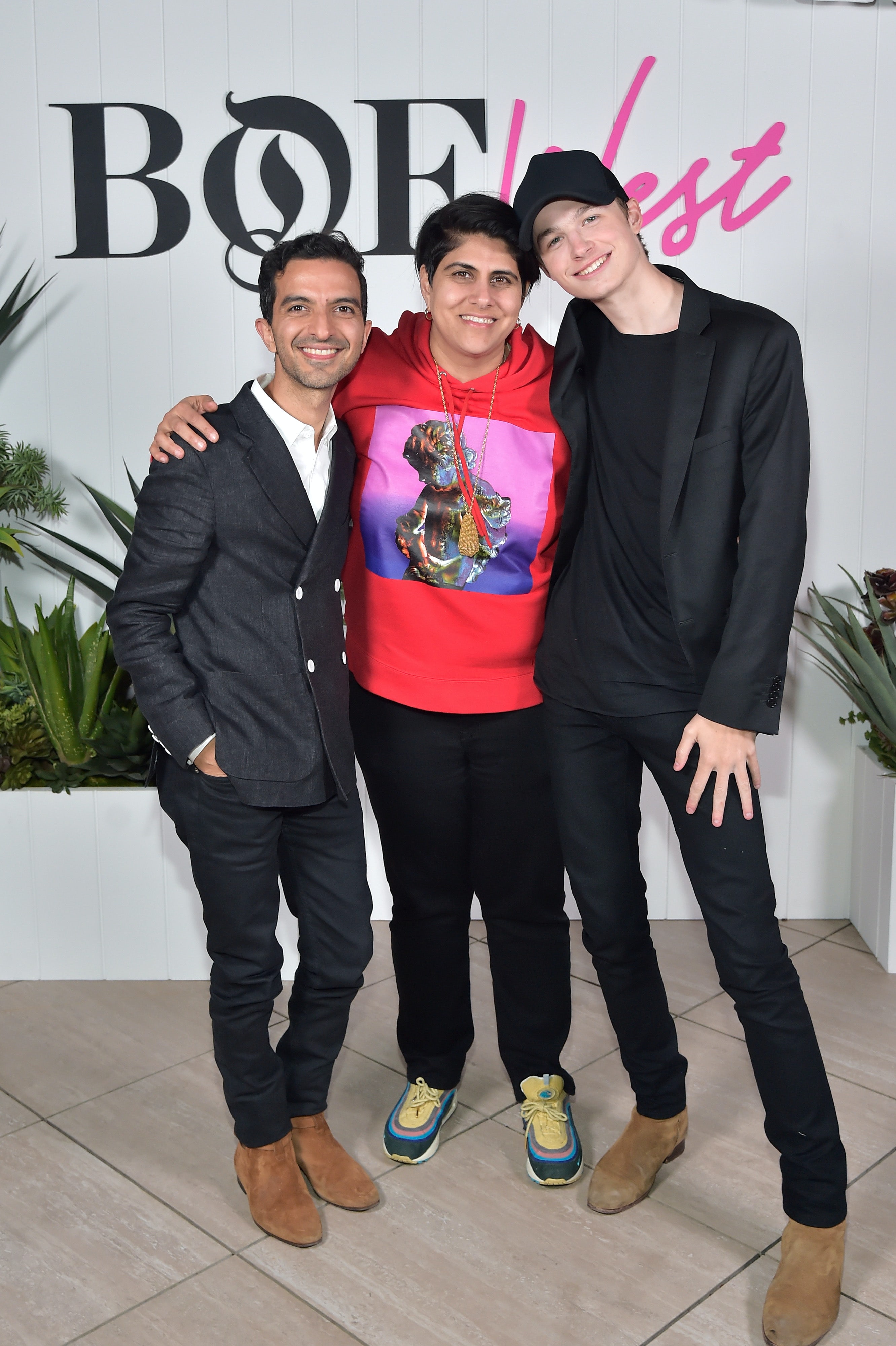 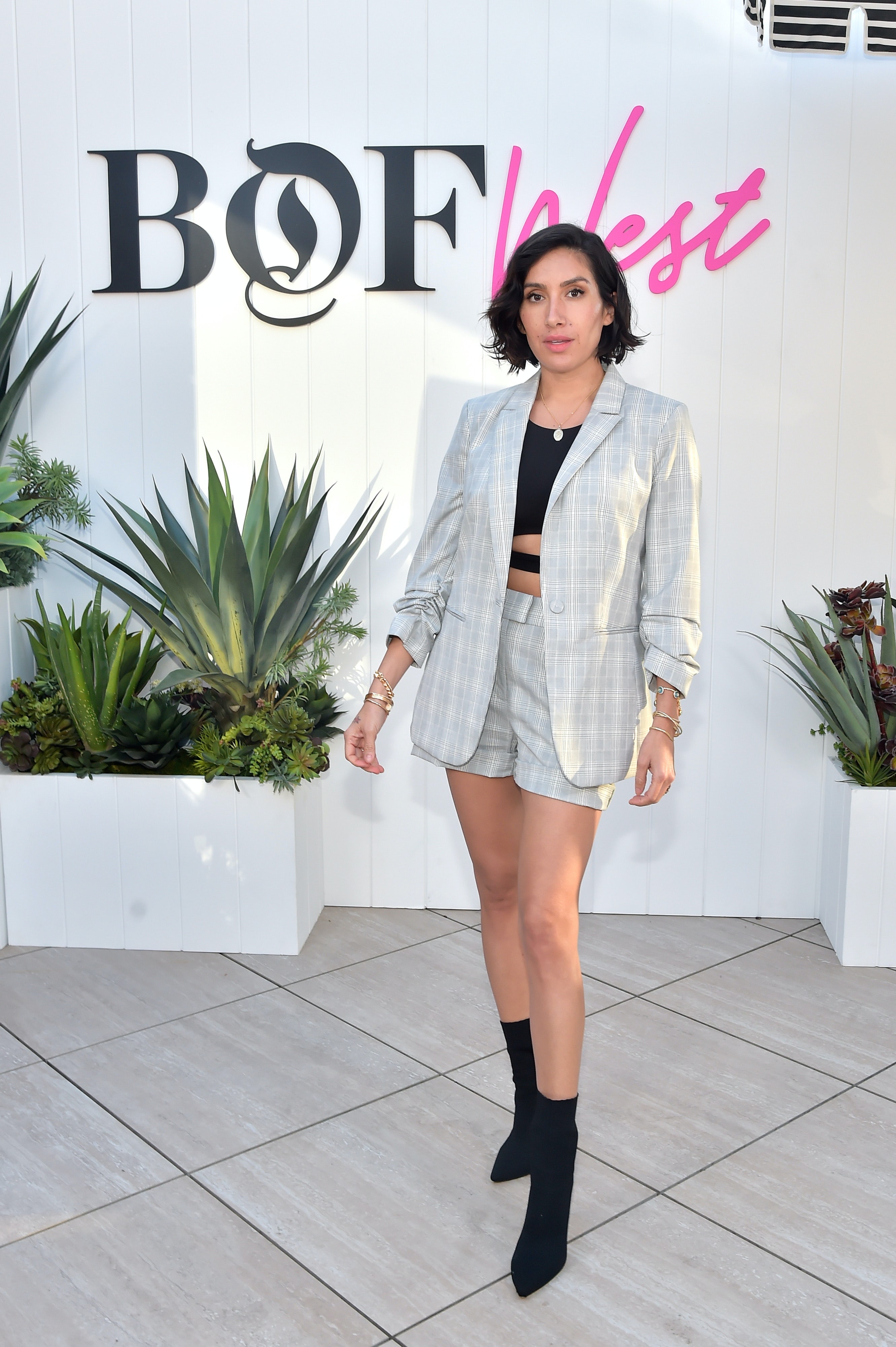 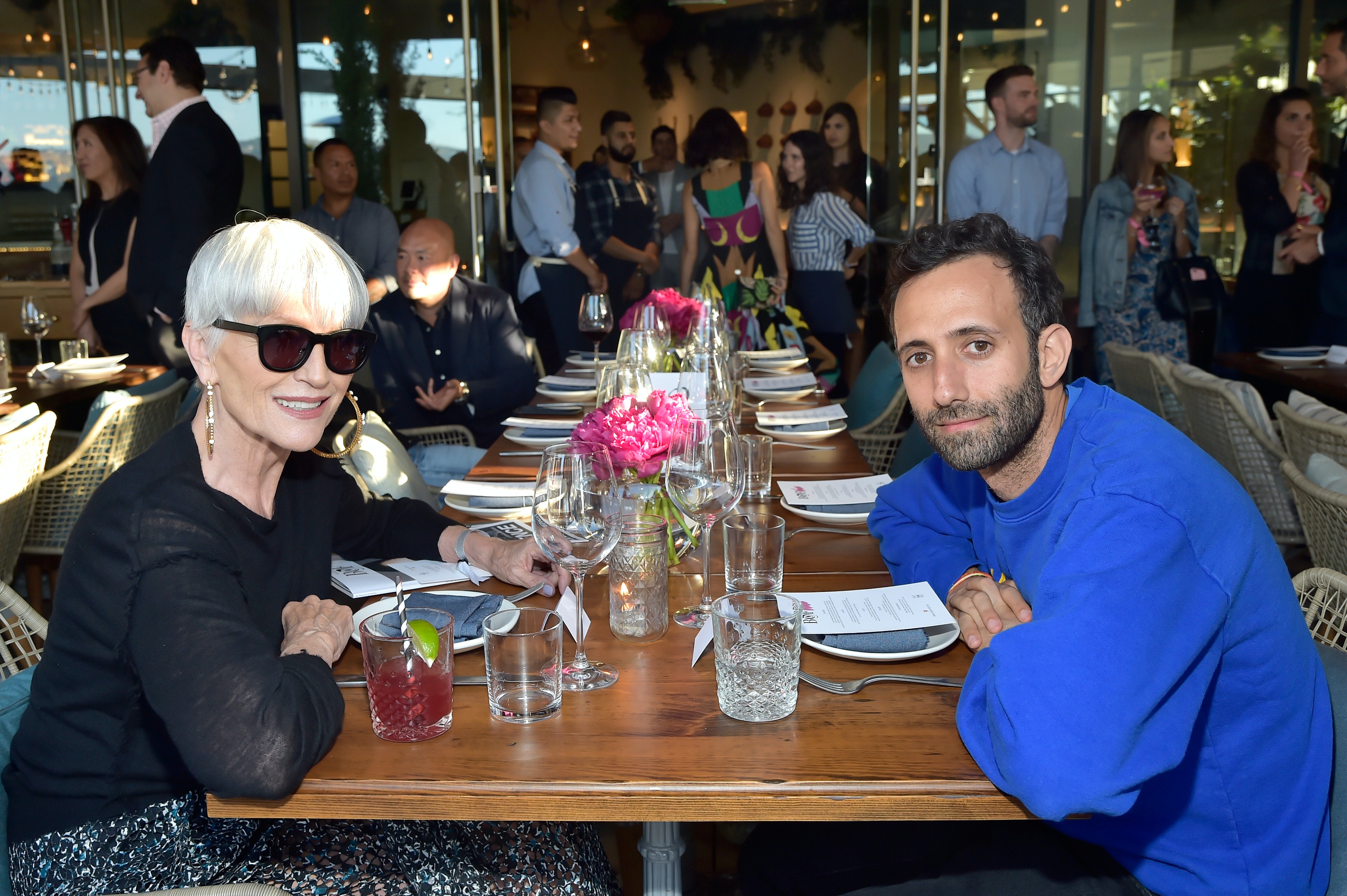 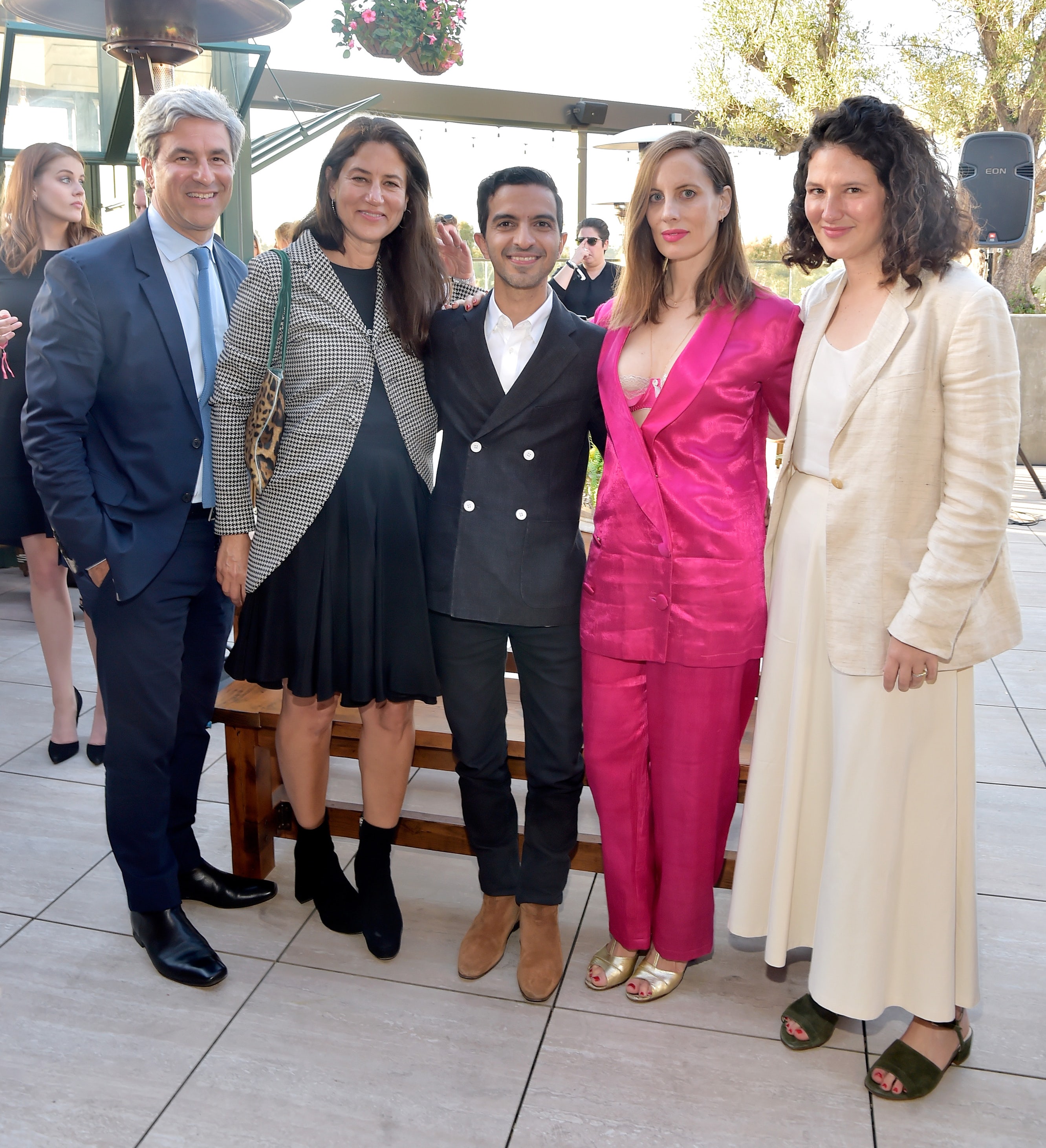 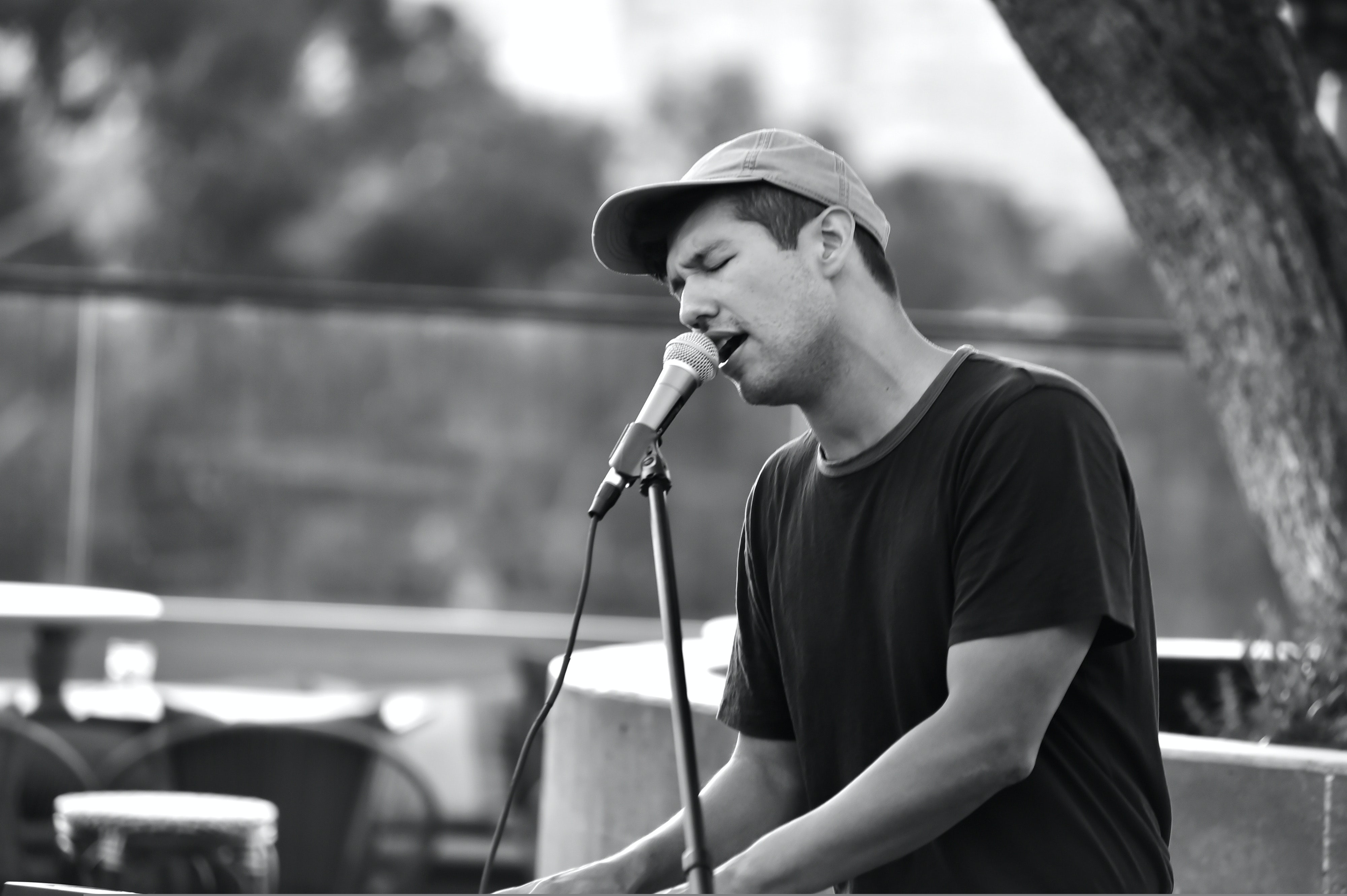