This week, family-run Italian menswear powerhouse Ermenegildo Zegna Group surprised the industry when it announced that it had acquired an 85 percent stake in Thom Browne in a deal valuing the American fashion label at approximately $500 million. It’s a hefty sum for a business that, according to a report in The New York Times was on track to reach $125 million in revenue in 2017. (The company declined to disclose current revenue).

And yet, many observers were surprised to learn what a successful and sizeable business Browne, the label’s founder and chief creative officer, has managed to build in partnership with chief executive Rodrigo Bazan, who joined the company in 2016 from Alexander Wang. Indeed, only two years after a cash injection from private equity firm Sandbridge Capital, which took a controlling stake in the Thom Browne label, the business has already realised a very good return indeed.

At the heart of this success is a winning formula that unites strong fashion currency, born from the strange and subversive fruit of Browne’s wildly creative imagination, with both impeccable tailoring and a more commercial core-product range composed of perennial pieces like oxford shirts and sweatpants, all tagged with the label’s subtle but recognisable tricolour signifier. The approach has won Browne plenty of fans, including millennials who have otherwise shifted away from formal dressing, especially in the US and China.

Here lies the key to Zegna’s calculus. In the face of ageing clientele and slowing growth, the tailoring giant has been trying unsuccessfully to come to grips with casualisation and modernise its approach for some time. While it was a coup to attract Alessandro Sartori back in the role of artistic director in 2016 after he had left for a stint at Berluti, it hasn’t been enough to build credibility with Gen-Z and millennial consumers, who are set to account for 45 percent of luxury spending by 2025, according to Bain.

It’s telling that Gildo Zegna, chief executive of the Zegna Group, called Browne “a master of fun casualisation,” speaking to BoF just after the deal was announced. “It makes sense in terms of a brand that caters to the millennials with great possibility to expand. Thom is incredibly differentiated in terms of style, look, very modern.” Thom Browne also has a fast-growing women’s business that was expected to account for about 30 percent of sales in 2017, according to The New York Times' report, and was expanding at 30 percent per year.

“Zegna was very focused on formal menswear, one of the product categories that is suffering most with the trend to casualisation,” explained Mario Ortelli, managing partner of luxury advisory firm Ortelli & Co. “They tried different ways to be more relevant: high-end lines with Sartori and others. But with Thom Browne you have a brand that is cooler. It’s a way into to get into a more fashionable, leisure-oriented market,” he added. “And if you have Thom Browne the man, you also have creative know-how.”

The acquisition also brings Zegna a stronger pipeline into the US market, where Zegna is underpenetrated. But more than geography, Thom Browne brings access to a certain cluster of high-value luxury consumers.  And then there’s the reality that the number of suitable targets that would make a meaningful impact to Zegna’s business are very few.

As for the benefits to Thom Browne, Zegna has deep expertise in fabrics and manufacturing. After all, the company was a fabric business before becoming a vertically integrated fashion group and will allow Browne to scale its offering, possibly offering lower opening price points accessible to a much wider set of consumers without sacrificing quality. Zegna’s global reach will also help Thom Browne to grow its retail footprint, especially in Europe. The Italian group has been rationalising its network of stores, some of which are no longer profitable, and could dedicate certain stores to Thom Browne, which currently lacks presence in prime locations.

Ultimately, the deal appears to be a win-win for both Thom Browne and the Zegna Group. But it’s also a big win for American fashion, which has seen many of its most promising labels stumble as the wider luxury market goes from strength to strength. 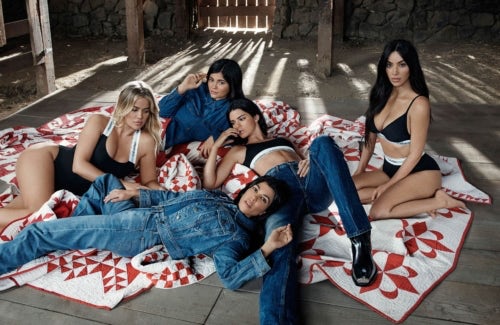 PVH profit up 38 percent in second quarter. Net income rose to $165.2 million, or $2.12 per share, in the three months ending on August 5, from $119.7 million, or $1.52 per share, a year earlier. Net sales rose 13.2 percent to $2.22 billion. The apparel maker was helped by higher sales of its Calvin Klein and Tommy Hilfiger brands. (Calvin Klein's sales rose 18 percent in the reported quarter, while Tommy Hilfiger reported sales growth of 15 percent.)

Abercrombie & Fitch sales fall short. Comparable-store sales fell short of estimates across the board for the teen apparel company. Total revenue also fell slightly short in the latest quarter, sending shares down as much as 14 percent, the most in more than a year. Total same-store sales rose 3 percent, below the 3.7 percent increase forecast by Consensus Metrix. The Abercrombie and Hollister brands also failed to meet estimates.

American Eagle Outfitters forecast third-quarter profit below expectations. However, net income nearly tripled to $60.3 million and net revenue rose more than 14 percent to $964.9 million in the quarter ended August 4. Both profit and revenue beat Wall Street estimates. The company's comparable sales beat estimates in the second quarter, thanks to a strong 7 percent rise in sales by its flagship American Eagle apparel line. Same-store sales at Aerie rose 27 percent in the second quarter.

Tiffany & Co. tops estimates for profit and revenue. Net earnings rose to $144.7 million in the second quarter ended July 31, from $115 million a year earlier. Net sales rose to $1.08 billion from $959.7 million. On a constant currency basis, same-store sales rose 7 percent. Net sales from the Americas, which accounts for nearly half of the company's total sales, rose 8 percent to $475 million. Growth in Greater China also led to a 28 percent rise in sales in the Asia Pacific region.

Lululemon gains steam as new CEO takes the reins. The company raised its full-year revenue and profit projections after once again beating sales forecasts in the second quarter under the lead of new chief executive Calvin McDonald. The revised forecasts bring the yogawear maker closer to its goal of $4 billion in revenue for 2020. Lululemon also reported a 47 percent percent jump in e-commerce sales in constant currency.

Inditex tumbles as ‘great’ becomes ‘good’ for Morgan Stanley. The Zara owner fell the most in six months after Morgan Stanley analysts cut their recommendation to underweight from equalweight and reduced their price target for the stock to the lowest among analysts tracked by Bloomberg. Inditex will report its first-half earnings on September 12.

The Row is launching menswear. Twelve years after Mary-Kate and Ashley Olsen launched their fashion line, they are finally adding a full-fledged menswear collection, launching in in The Row retail stores and select wholesale partners in October. According to the designers, the collection will include several nods to the more relaxed suiting made popular in the 1980s and 1990s, as well as less bespoke pieces like shirting, knitwear, denim and tees. 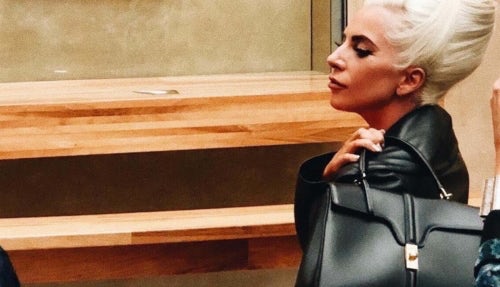 Hedi Slimane's first bag for Céline pops up on Lady Gaga. The American singer-songwriter Lady Gaga was spotted at the Louvre Museum Paris carrying the Los Angeles-based designer's first handbag for Céline, the LVMH-owned label where he took the creative reins as artistic, creative and image director in February 2018, replacing Phoebe Philo. According to Gaga's stylist Tom Eerebout, the handbag will be presented as part of Slimane's first collection for the brand in September at Paris Fashion Week.

Lanvin names chief executive. Jean-Philippe Hecquet, who has been appointed chief executive, is the first significant hire at Lanvin since Chinese conglomerate Fosun acquired the troubled French luxury house in February 2018 from Taiwanese businesswoman Shaw-Lan Wang, who retained a 20-percent ownership stake in the company. Hecquet joins the company from SMCP, where he was chief executive at Sandro. Fosun plans to invest at least €100 million in the brand to get it back on track. Lanvin has yet to appoint a new creative director.

Nina Ricci appoints creative directors. The label has tapped Dutch design duo Rushemy Botter and Lisi Herrebrugh as its new creative directors, effective immediately. They succeed Guillaume Henry — who exited the brand in March after three years at the creative helm. Botter and Herrebrugh will debut their first collection for the house for Pre-Fall 2019, but will present their vision formally next March at Paris Fashion Week for Autumn/Winter 2019.

An Antwerp Six designer re-emerges in Tokyo. Marina Yee, perhaps the most mysterious member of the famed collective, is putting out her first collection in over a decade. Titled the M.Y. project, the collection will launch on August 30 at the concept store Laila Tokio and feature five new designs — three coats and two shirts — alongside rare archive pieces and a selection of handpicked artwork.

Hood by Air's Shayne Oliver collaborates with Colmar. With his brand still on hiatus, the designer has entered a three-season partnership with Colmar, launching on September 18. The gender-neutral collection, which launches on September 18, includes seven pieces of outerwear and a pair of quilted trousers. Priced from €500 to €2,000 (about $585 to $2,340), it will be available online and in select stores.

Net-a-Porter launches seasonal accelerator programme. The online luxury retailer is launching an accelerator programme for emerging designers, titled The Vanguard, offering four fledgling labels access to its resources, expertise and global network in return for a pipeline of new names for which Net-a-Porter will be the exclusive distributor. The first four brands to join the programme are New York-based ready-to-wear labels Les Rêveries and Rūh, as well as Korean bag brand Gu_De and Franco-Spanish footwear brand Martinez.