In a global world where local tastes still matter, the publisher of Vogue should be careful not to dictate too much of its content strategy from New York and London.

In a global world where local tastes still matter, the publisher of Vogue should be careful not to dictate too much of its content strategy from New York and London.

The changing of the guard is part of a wider editorial restructuring at the publisher of Vogue, GQ and Vanity Fair as it streamlines its operations and consolidates power in the hands of its New York-based leadership after integrating its US and international arms in a move that appears to be unfolding more like a takeover than a merger.

The editorial overhaul has put even more power in the hands of longtime American Vogue editor Anna Wintour, who in December was named Condé Nast’s chief content officer as well as global editorial director of Vogue in line with a plan to put the company’s largest titles under single global editors and deputise or exit editors who once ran local editions as independent fiefdoms.

The new structure places important local editions under not one but two layers of Anglo-American leadership.

But the new structure, while novel and perhaps beneficial in helping local editions better tap into the global vein of social media-driven pop culture, effectively places important titles in countries like France and Italy under not one but two layers of Anglo-American leadership, running the risk of homogenising content and diluting the local appeal of these editions.

Meanwhile in Asia, Wintour is said to have hand-picked Cheung’s young successor at Vogue China in a move that some Chinese Mainlanders have called “colonisation.” Zhang’s international profile — she is a native English speaker who currently lives between Shanghai, New York and Sydney, though plans to move to Beijing, where Vogue China is based, as the pandemic recedes — certainly makes her well suited to work closely with Wintour in shaping the title’s content strategy. Perhaps too closely, contend critics.

To be sure, Vogue needs to streamline its editorial operations. Condé Nast has struggled to adapt to the digital age and reduce its dependence on print advertising, still its primary revenue stream. And after years of financial losses, the pandemic crushed the company’s hopes to turn a profit in 2020. Meanwhile, Condé Nast’s other titles have been experimenting with ways to cut costs, including pooling staff and sharing content, for years.

But the technology revolution isn’t the only mega-trend putting pressure on publishers and rewiring the way titles like Vogue must operate. Rapid globalisation is recentering the fashion world. China surpassed the US to become the world’s largest fashion market in 2019, according to McKinsey. And fashion sales are growing far faster in Lagos than in London or New York.

Vogue is Condé Nast’s strongest global brand, so much so that chairman Jonathan Newhouse, a cousin of the late Si Newhouse Jr, whose father founded the business as a newspaper publisher in 1909, once dubbed Condé Nast’s international arm “the Vogue company.” And as it reorganises, Condé Nast must be careful not to dictate too much of Vogue’s editorial direction from New York and London for the simple reason that local audiences have local preferences. An overly centralised content strategy can be risky when future success is inextricably linked to consumers living in fast-growing international markets far from the company’s World Trade Center and Hanover Square offices.

Rather than selling American content to foreign markets, Netflix has been highly successful in selling global content to a global audience.

Here, Vogue might look to Netflix, for which Condé Nast itself has created video content like its recently debuted series The Big Day, produced by Condé Nast India.

Rather than selling American content to foreign markets per the old Hollywood model, Netflix has been highly successful in selling global content to a global audience. In 2016, the streaming video giant expanded to 190 countries. Just two years later, most of its subscribers and a majority of its revenue came from outside the US, supported by investment in a global library of content tuned to local preferences.

Since 2016, Netflix has created hundreds of original series and films outside the US, including hits like Indian Matchmaking and South Korean zombie movie #Alive. Of course, the associated costs are high. The company is projected to spend $19 billion on video content in 2021, with the bulk of this going to original programming. Indeed, Netflix routinely raises debt to fuel this level of spending. And yet the strategy makes sense.

For one, its content investments are informed by data analytics that drive important efficiencies. But critically, Netflix doesn’t just produce local content for local markets. Instead, it produces local content that, with the help of subtitles and dubbing, resonates with viewers around the world, thereby reaping the benefits of its local investments globally.

When Netflix invests in The Crown, for example, which follows the British royal family during the reign of Queen Elizabeth II, it is most certainly targeting viewers well beyond the UK. Spanish film The Platform and German series Barbarians were hits with Americans. #Alive became the most popular film on Netflix just two days after its premiere, ranking at the top of the charts in 35 countries, including the US, France, Spain, Sweden, Russia and Australia.

Why think of British Vogue as British content for British readers when you might market a British lens on fashion — or a French lens, or an Italian lens — to millions of consumers around the world?

Shoppers have long sought out styles from other countries. And if fashion has traditionally been a Western phenomenon, that’s changing fast as people in global markets not only ramp up their fashion consumption but set trends that turn up on the streets of New York and London as global connection grows and appetite for newness accelerates.

Netflix learned that its viewers are highly adventurous; that their tastes are much more diverse than traditionalists might have thought. And the company’s local-to-global content strategy has helped it expand far faster than competitors. Could it work for Vogue?

That remains to be seen. But in today’s global world, it’s probably not a good idea for the fashion bible to centralise too much of its editorial direction in New York and London. 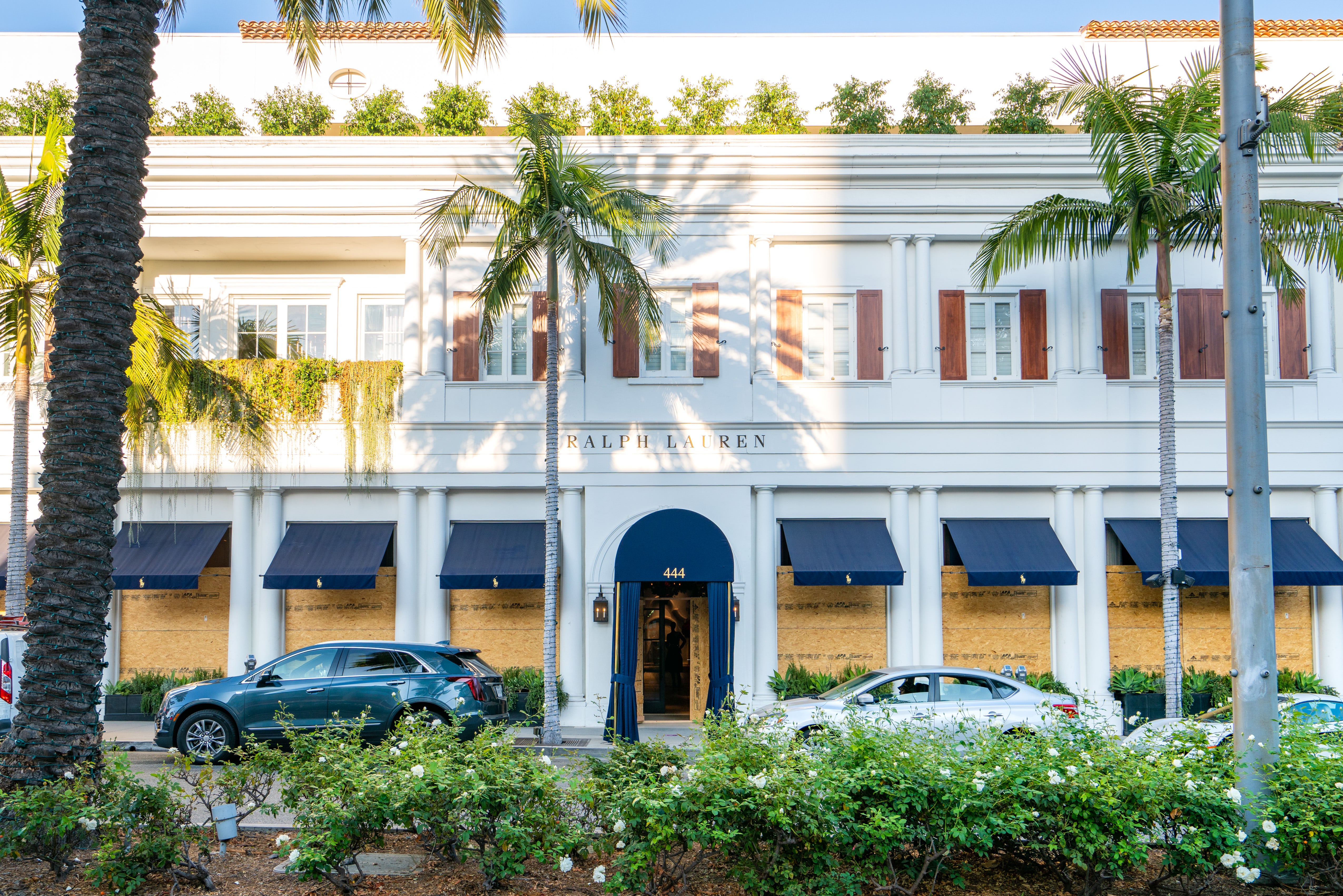 Ralph Lauren posts revenue below estimates as lockdowns continue. Adjusted net income fell over 42 percent, and net revenue fell 18 percent, in part due to new lockdowns in the brand’s major markets of Europe and Japan.

Adidas announces plan to resume dividend payments. The German sportswear giant suspended payouts last year as a condition to receive a government-backed loan at the height of the pandemic. The company said it will pay a dividend of €3 ($3.60) per share for 2020.

Puma forecasts sales rebound by summer. The German sportswear company expects to see a big hit to its results from lockdowns to contain the coronavirus pandemic well into its second quarter, but anticipates strong improvement after that.

L Brands reports higher-than-expected in-store sales and earnings. The parent of Victoria’s Secret and Bath and Body Works’ overall fourth-quarter revenue totaled $4.8 billion, an increase from $4.7 billion in the year prior.

Kohl’s faces an activist group seeking control of its board. The group want to name nine directors to the board of the retailer, reduce inventory and streamline promotions.

Macy’s forecasts upbeat 2021 sales. The outlook follows better-than-expected sales in the holiday quarter as stimulus checks and strong online demand eased the blow from the pandemic.

Shanghai Fashion Week announces its Autumn/Winter edition will run in April. The event was originally slated to run in March, but was postponed because of a small outbreak of Covid-19 cases.

Priya Ahluwalia wins Queen Elizabeth II award for British Design. The award was presented in recognition of the designer’s sustainable sourcing and manufacturing practices. It also was due to her commitment to telling the stories of the communities and garment workers she collaborates with. 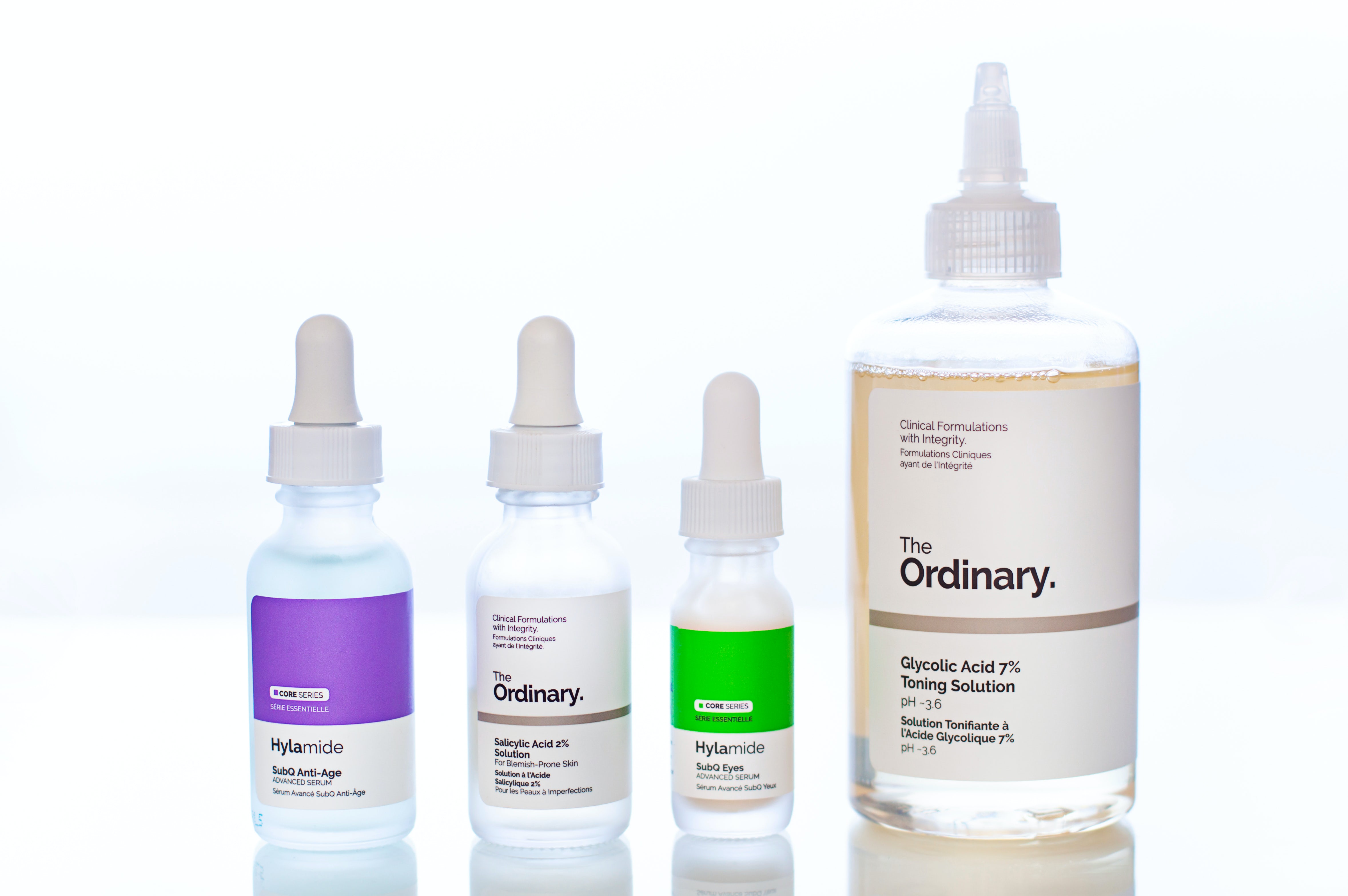 Products by Deciem brands The Ordinary and Hylamide. Shutterstock.

Deciem valued at $2.2 billion as Estée Lauder ups stake to 76%, plans acquisition. The beauty conglomerate is putting another $1 billion into Deciem, which owns brands including The Ordinary, in the first phase of a deal to acquire the company in full. The impending transaction further blurs the line between drugstore and luxury beauty.

Sephora will open another 60 stores in the US. The multi-brand retailer, which has more than 500 stores in North America said it saw record online sales in 2020. The new stores will primarily be in off-mall locations. 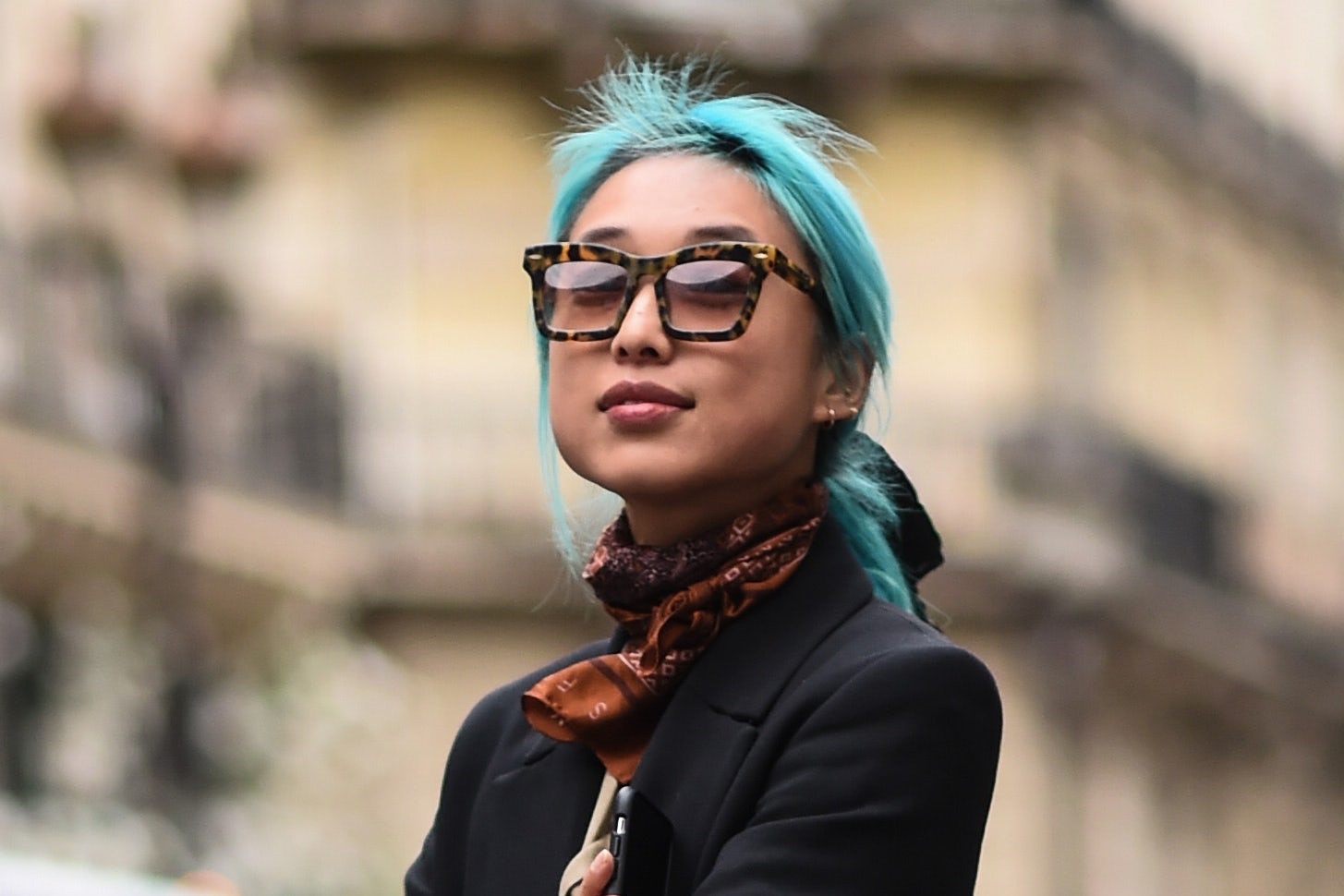 The Kooples appoints Marie Schott CEO. Schott succeeds Romain Guinier, who has left the group to pursue new professional projects. She founded her own underwear brand AnaShaf last year, and prior to that served as the chief executive of Parisian lingerie brand Etam.

Outdoor Voices names Gabrielle Conforti CEO. The veteran merchandiser comes from Urban Outfitters, where she was promoted to president of the brand in January following the exit of Trish Donnelly, who has since joined PVH as Americas chief executive and global head of Calvin Klein.

Burak Cakmak to lead Saudi Arabia’s Fashion Commission. The announcement, made via the Ministry’s official Twitter account, said Cakmak will be responsible for managing and developing the fashion sector in Saudi Arabia by encouraging investment in the industry, defining the sector’s laws and regulations and supporting local professionals and entrepreneurs. Cakmak is a former dean of fashion at Parsons School of Design. 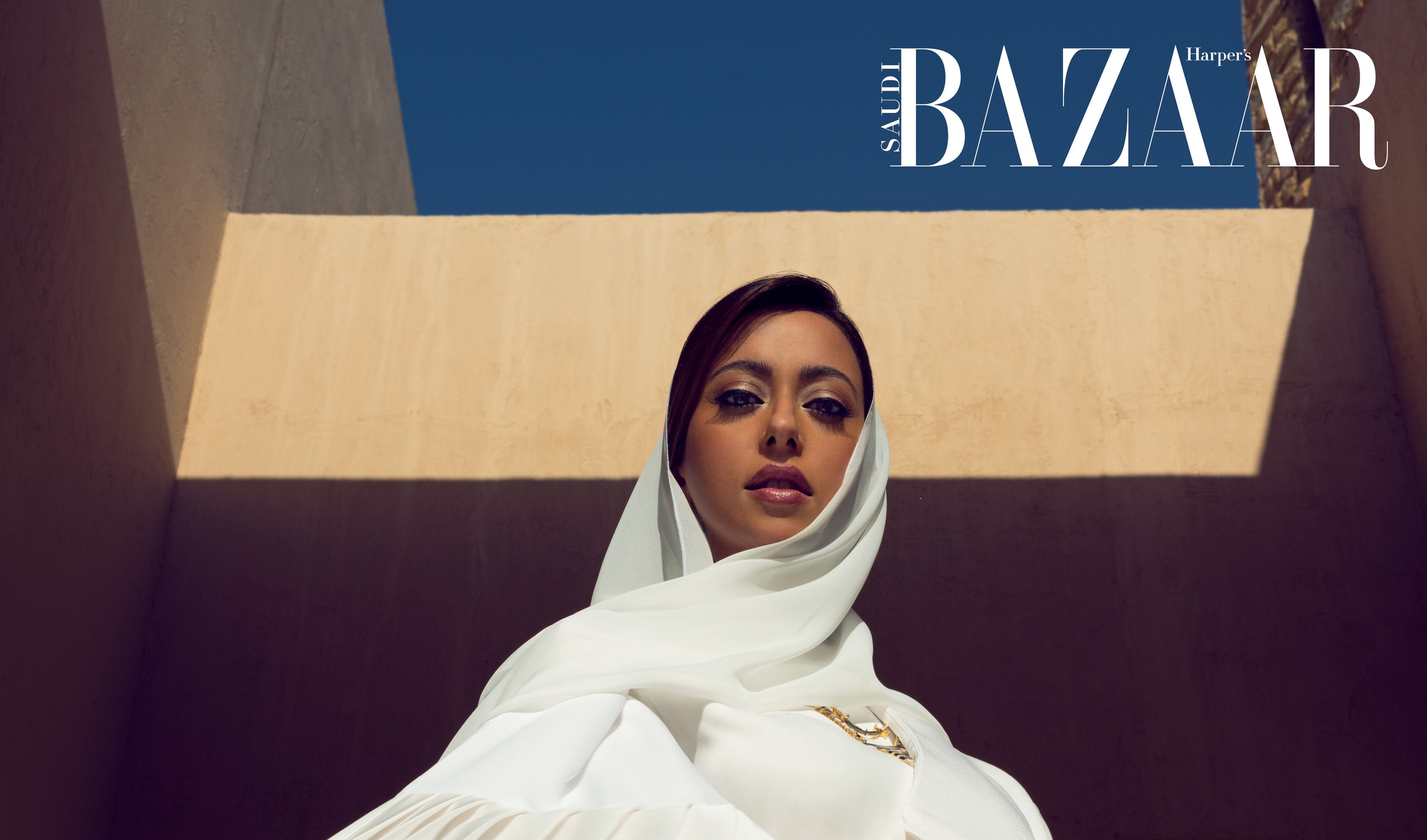 Oprah Winfrey and Hearst to launch new brand. Two months after Hearst published the final edition of O: The Oprah Magazine, Hearst announced plans for the new brand. Hearst announced plans for the new brand. No details regarding the new concept were shared, but the joint venture’s general manager, Alison Overholt, joins from ESPN. Arianna Davis, who previously led Oprahmag.com, will be senior director of editorial and strategy.

Europe is Alibaba’s next target for livestreaming growth. European consumers are more interested than ever in livestreaming commerce and “shoppertainment” in the wake of the Covid-19 pandemic, according to a new study released by Alibaba’s global online marketplace, AliExpress, and market research firm, Forrester.

ByteDance to pay $92 million to US TikTok users in class-action settlement. The lawsuits claimed the TikTok app infiltrates users’ devices and extracts an array of private data.