Who is best positioned to dress the affluent follower of Phoebe Philo’s chic and unfussy Celine in the wake of Hedi Slimane’s wholesale reinvention of the LVMH-owned house?

Who is best positioned to dress the affluent follower of Phoebe Philo’s chic and unfussy Celine in the wake of Hedi Slimane’s wholesale reinvention of the LVMH-owned house?

At Paris Fashion Week, there was no shortage of chatter about Hedi Slimane’s polarising debut at Celine and the brewing battle between the LVMH-backed label and Kering-owned Saint Laurent, both of which now carry the aesthetic imprint of Slimane, who set the creative template at Saint Laurent to which successor Anthony Vaccarello has brought more evolution than wholesale revolution.

But for many retailers, the real conversation was elsewhere: Who would plug the hole in the market left by the end of Phoebe Philo’s old Céline?

During her ten years at the house, the British designer had attracted a loyal tribe of affluent women with her unfussy minimalist chic to the tune of $900 million in annual sales, according to analyst estimates. Philo herself, a working mother of three who wore her own pieces and whose personal style was emblematic of her design aesthetic, also became a living embodiment of a sophisticated, independent and empowered woman who earns her own money and is both practical and elegant.

Now she is gone. And her devotees — the “Philophiles” — have been distraught and nervous about how they will fill their closets with the impeccable wardrobe essentials like tailoring, shirting and knits for which old Celine was known.

There was a mixture of sadness and desperation on display in both London and Paris this week, as they flocked to Céline stores and department store concessions to snap up — even stockpile — the last remaining pieces to carry Philo’s aesthetic. One shopper described the frenzied atmosphere at the Céline boutique on London’s Mount Street as like a Supreme drop. On resale sites, too, demand for old Céline has skyrocketed. And on the Friday of Paris Fashion Week, a group of Philophiles gathered on Place Dauphin to mark the end of an era.

But when the mourning is over and the last old Céline pieces are gone, where will the Philophiles turn? Here, BoF breaks down the brands best positioned to seize the opportunity.

Loewe: LVMH’s answer to the riddle may well be Jonathan Anderson’s Loewe, known for its slightly undone relaxed sensuality, oversized looks and high-quality fabrications not unlike Phoebe Philo’s work. Much like old Céline, the brand is as known for wardrobe essentials like shirting as it is for beautiful dresses. The latest collection underscored the luxurious pragmatism with a sexy Balearic twist that Anderson has brought to the label.

Jil Sander: Luke and Lucie Meier’s Jil Sander is also a prime contender. The co-creative directors’ latest collection was a study in the sophisticated pragmatism championed by Phoebe Philo. And like old Celine, today’s Jil Sander blends sharp lines, crisp fabrics and muted colours with a loose and playful sense of sensuality. These are easy and intelligent clothes with fresh energy from a pair of relatively new designers that are sure to strike a chord with Philophiles.

Hermès: Nadège Vanhee-Cybulski, the women’s ready-to-wear designer for the revered French house, previously worked for Phoebe Philo’s Céline (as well as The Row) and shares Philo’s taste for chic, unfussy minimalism. Her recent work has been getting stronger and stronger, positioning Hermès as a sporty and timeless contender with oodles of brand cachet to pick up the support of old Céline loyalists.

Lemaire: Christopher Lemaire and Sarah Linh-Tran's line is known for the minimalist, clean lines favored by fans of Phoebe Philo. Like old Céline, the clothes are perfectly practical for real life. And although they can seem plain at first glance, their fluid, sensual and soulful take on French chic has earned them a loyal following amongst Philophiles.

Gabriela Hearst: The Uruguay-born designer has an instinctive understanding for the lifestyle of the old Céline women, and is sharply focused on sophistication and quality. It’s no surprise her muted and subtle garments, rendered in luxurious materials like Japanese cashmere, have attracted a cult following among women who share a similar profile to many of the devotees of Phoebe Philo. Céline's fits were forgiving, however, allowing a wide range of women to buy into the brand, something would-be Gabriela Hearst clients struggle with.

The Row: Ashley and Mary-Kate Olsen’s dedication to sumptuous but resolutely minimalist clothing puts the twin designers in the same bracket as Phoebe Philo. And like old Céline, they have cultivated a loyal repeat customer, especially for their knitwear and coats, which, like Philo’s work, exist beyond trends. That said, The Row's price points are even higher than Céline, which may deter some.

Bottega Veneta: Following the exit of former Bottega Veneta designer Tomas Maier, Kering has big plans to reinvigorate the label and may well be targeting the opportunity left by the end of old Céline. After all, the brand shares the minimalist luxury DNA of old Céline and has hired British designer Daniel Lee, who was most recently Phoebe Philo’s director of ready-to-wear at Céline, to step into Maier’s shoes. It remains to be seen what Lee will do when he presents his first collection for Bottega Veneta. But such a strategy would make sense and help to aesthetically balance Kering’s fashion portfolio. 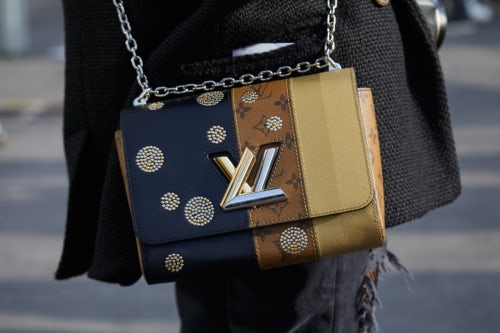 Louis Vuitton, Chanel are the most valuable brands, but Gucci is gaining. Interbrand has released its annual ranking of the world’s most valuable brands, measuring financial performance, the ability of a brand to influence purchases and competitive strength. Luxury was the fastest-growing sector, with the value of the nine brands included in the 100-company list soaring by 42 percent over the last year. That was reflected in the rankings, with Louis Vuitton climbing one spot to 18 and Gucci leaping from 51 to 39. Chanel entered the list in 23rd place. Another report, meanwhile, by UBS said Gucci and Louis Vuitton are millennials' favourite brands.

Walmart acquires plus-sized clothing startup Eloquii. The world's largest brick-and-mortar retailer will acquire Eloquii for an undisclosed amount as it continues to look for ways to appeal to younger shoppers. The four-year-old startup sells apparel starting at size 14 through its own website and through five of its own stores, and has seen its revenue grow by three times since 2015. Walmart has previously acquired smaller digital brands like Modcloth and Bonobos to complement its online assortment.

Lacoste announces creative director. The French sportswear brand, best known for its crocodile logo, has tapped Louise Trotter as its creative director, effective immediately. Trotter succeeds Felipe Oliveira Baptista, who exited the brand in May after an eight-year tenure. She was formerly creative director of British label Joseph, taking over from the brand’s founder Joseph Ettedgui who died in 2010.

The Victoria's Secret fashion show will include a capsule from Mary Katrantzou. The designer, who celebrated her 10th anniversary during London Fashion Week, will unveil a capsule collection with the lingerie brand. Katrantzou worked closely with the Victoria’s Secret Fashion Show’s longtime creative director, Sophia Neophitou-Apostolou, and executive producer, Monica Mitro, as well as the Victoria’s Secret design team. 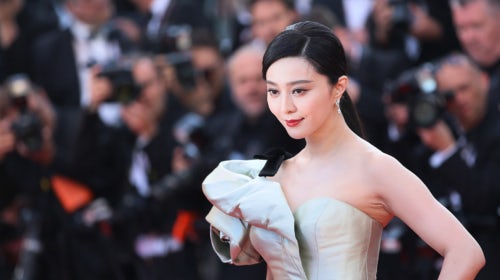 China’s most famous actress faces huge fines in tax evasion. Fan Bingbing, who has long been the face of campaigns for luxury brands from Louis Vuitton to Cartier and De Beers, has been accused by the government of tax evasion. Authorities fined the actress the equivalent of nearly $70 million in unpaid taxes and penalties after an investigation found that she and employees of her production company had underreported her earnings from her blockbuster films — a practice that is said to be common in China. While brands have not made official announcements, local reports said that several luxury brands have quietly cut ties with the star.

Margherita Missoni appointed creative director of M Missoni. Margherita Missoni —the granddaughter of Ottavio Missoni, who founded her family's fashion house — has been appointed creative director of the M Missoni brand, effective immediately. She returns to the company after pursuing other professional projects. Her first collection for the house will be for Spring/Summer 2020.

Tommy Ton focuses on fashion design. The photographer has spent the last decade of his life observing clothes through a lens, but is turning his hand to fashion having joined New York-based label Deveaux as its artistic director. The debut collection, a line-up of essentials that Ton calls “real” clothes, will be sold at Moda Operandi come autumn. In addition, he is working on his first film project, the topic of which is yet to be revealed.

Middle East edition of GQ launches with provocative debut. The monthly men’s publication, formed in July 2018 through a license agreement between Condé Nast International and ITP Media Group, is launching its magazine together with a bilingual online platform in Arabic and English and a 12-week line-up of events, headed up by editor-in-chief Adam Baidawi. The inaugural issue features the star of the upcoming Freddie Mercury biopic and a column by one of the 'Queer Eye' TV personalities.

Zalando expands beauty offering to men. The online retailer is expanding its beauty business to Austria and Poland, and adding men's grooming products. The company said that it hopes that offering beauty products will help counteract a decline in average order size which has weighed on its profitability, as 70 percent of customers who order cosmetics also buy fashion items. This week it added 1,500 men's skin, body, beard and hair grooming products from 25 brands.

EBay accuses Amazon of poaching sellers on its marketplace. The online marketplace has sent its bigger rival a cease-and-desist letter. The news of the poaching comes less than a month after it was reported that Amazon employees are offering sellers confidential internal data and other services in exchange for a fee.