MILAN, Italy — In January, when Kering appointed Alessandro Michele to replace his former boss Frida Giannini as creative director of luxury behemoth Gucci, the fashion industry was taken by surprise to say the least. Michele was a previously unknown, behind-the-scenes accessories designer, now tasked with revitalising the stagnating Gucci business whose brand image and runway collections under Giannini were well-executed, yet failed to inspire consumers and the industry.

Michele’s first men’s and women’s shows for Gucci were generally well-received by industry insiders and signalled his plan to take the brand in a very different direction indeed. Gone were the sexy ‘glamazons’ born during the Tom Ford-era, and then re-incarnated over and over again by Giannini. Under Michele, the Gucci girl had found a new kind of sexiness that was one part intellectual, one part romantic and one part repressed.

Today, BoF can exclusively reveal the next step in the brand’s repositioning efforts: Gucci’s first advertising campaign under Michele’s creative direction, shot by Glen Luchford and styled by Joe McKenna, for Pre-Fall 2015. 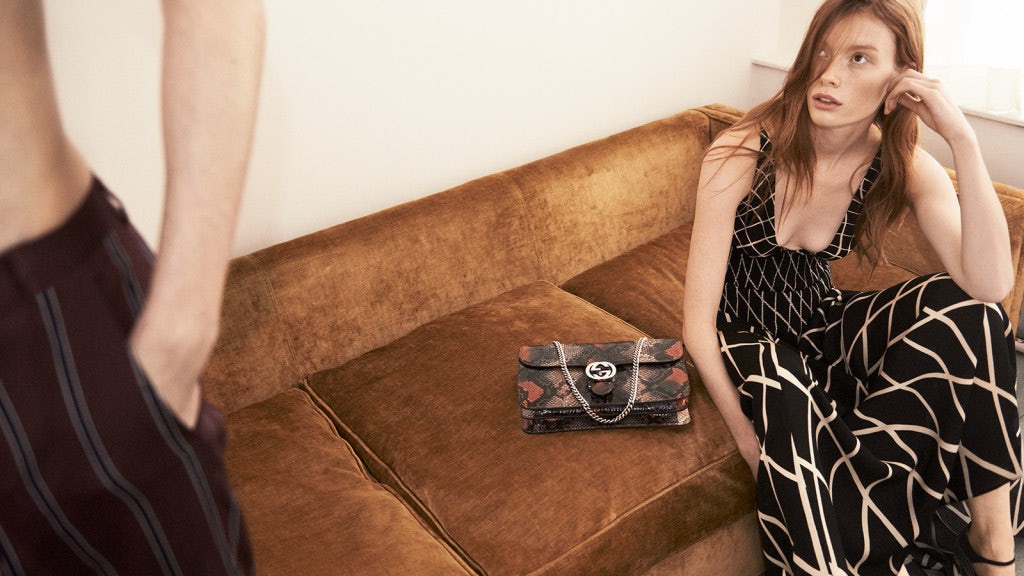 Moving on from Mert & Marcus, the long-time lensmen of Gucci's glossy and sexualised ads of the past, Luchford has given the new Gucci campaign an almost vintage feel, reflecting a more real life scenario. The campaign continues in the spirit of the mysterious sexuality seen in Michele’s debut collections, but shows less of the gender-bending vibe that made headlines after his menswear show. No men in pussy bows here.

Set in a run-down apartment (seemingly before or after some kind of sexual liaison) furnished with only a worn out oriental carpet and sofas, model Julia Hafstrom sits up, staring at the torso of male model Jack Chambers, whose face remains absent throughout the campaign. Elsewhere, model Alexandra Elisabeth lies languorously on a sofa, playing with her hair, taking in the same unidentifiable man, who remains shirtless and off to the side of the shot. In another shot, advertising men’s shoes, Chambers is in the midst of removing his sweater, completely covering his face, but revealing a slim, rippling abdomen. 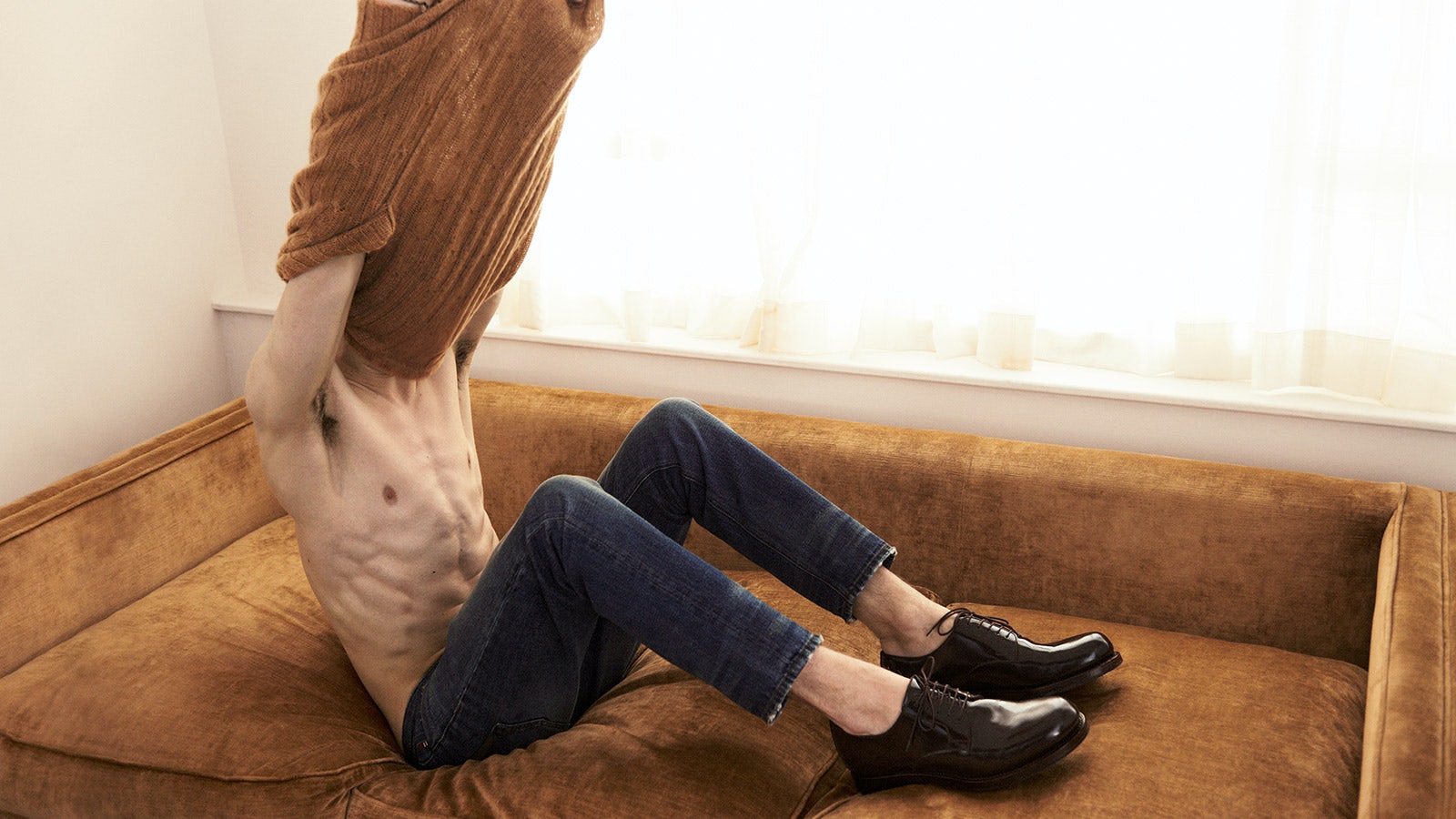 Overall, the adverts reflect a clear change of spirit which feels much more modern and current than previous Gucci campaigns.

But there’s also an unusual twist. The collection featured in the new campaign is actually the final one designed by Giannini, though due to her abrupt exit, it was Michele who was tasked with creating the associated ad campaign, a potentially awkward situation which Michele has handled rather well. 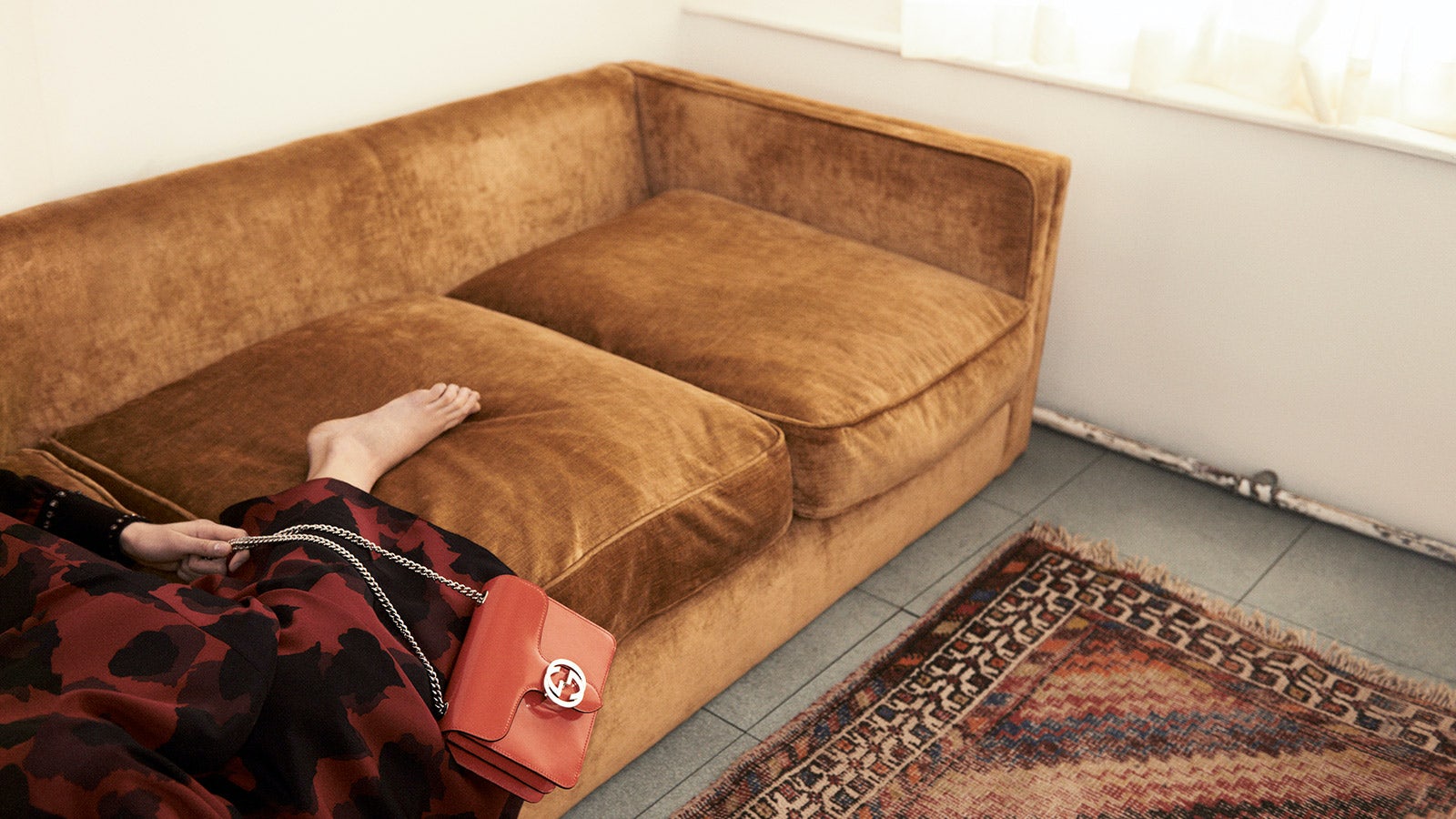 Gucci is not characterising Michele’s new vision for the company as a wholesale re-branding in the form of Hedi Slimane’s Saint Laurent or Phoebe Philo’s Céline (it’s hard to imagine either one of these strong-headed designers agreeing to create a campaign for a collection designed by a predecessor). Instead, it appears that Gucci’s new creative leadership plans to redefine the brand step-by-step.

But the financial results will have to come quickly.

In 2014, Gucci revenues fell almost 2 percent to €3.4 billion (about $4 billion) while operating profit declined 6.7 percent. This is a serious challenge for Kering, whose luxury portfolio is dominated by Gucci. The group’s next biggest brands, Saint Laurent and Bottega Veneta, together drive about $2 billion in sales.